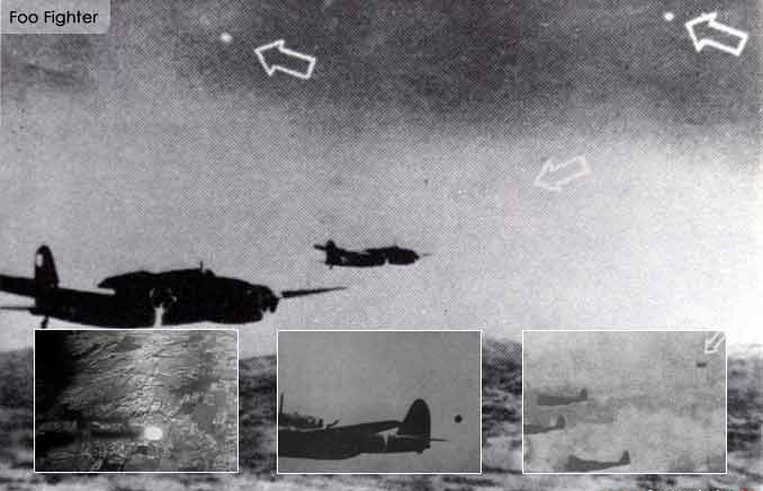 First Attacks
The first documented attack of the "Foo Fighters" came on November 23, 1944. A Bristol Beaufighter of the 415th NFS based in Dijon 20 miles from Strasbourg was attacked by ten reddish spheres of small diameter- most likely AEG Kugelwaffen aerial probes. The aircraft's radar ceased to function.

Four days later on November 27, 1944 another Beaufighter from the 415th NFS flying over Speyer was attacked by a lone huge, orange colored sphere of light at an estimated speed of 500 mph several hundred meters above the plane. The object, a WNF Feuerball, was reported to Allied ground radar which failed to pick the Feuerball up.

Attacks against the 415th NFS continued through December 1944 by which time news of the new German secret weapon was circulating. It was subsequently reported in the newspapers on December 13, 1944 in the South Wales Argus, the New York Times on December 14, 1944, and in the New York Herald Tribune on January 2, 1945.

Second Generation FOO Fighters
Work on the second generation Feuerball had already begun by the Zeppelin Werk back in 1943. Their projected machine would be a drastic improvement over the initial WNF produced version. While the WNF Feuerball had some anti-radar effectiveness and disabled a few Allied bomber engines they could not stop the Allied bombing campaign against the Reich.

The Zeppelin Werk therefore set about to enlarge the Feuerball considerably and test out various new systems that would make their model lethal. The first radical change was the propulsion system which removed the flattened turbojet powerplant and installed a liquid oxygen turbine engine built by the Kreislaufbetrieb und Fahrzeugmotor D.W. for the F.F.K.F. (Forschungsinstitut fur Kraftfahrt und Fahrzeugmotoren) at Stuttgart.

Highly complicated and prone to failure, that engine was replaced by another radical engine that burned a gelatinous organic/metallic fuel - a total reaction turbine. Proposals to adapt the Walter hydrogen peroxide turbine were rejected as impractical. The Messerschmitt electrostatic weapon was retained but now was added an experimental ejector gun that could spray a concentrated gaseous explosive first tested in Austria in 1936. Guidance was improved with the addition of an infra-red sensor to the plume sensor and some early television guidance equipment.

The first Zeppelin Werk named "Kugelblitz" (Ball Lightning) attacks were made in 1945 when the end was in sight. At least one group of Allied bombers were downed by using the gaseous weapon which Allied Intelligence had reported as "the use of antiaircraft bombs of firedamp against bomber formations over Garda Lake"

While this was inaccurate, the Germans did develop the first aerosol bombs - what we call today "fuel-air explosives“ or FAE. Several were discovered by the British in 1945 while the first concept of using firedamp rockets against the Allied bomber streams was illustrated in the October 1943 issue of the German magazine SIGNAL, launched by a pair of Me Bf 110 heavy fighters.

However, as the Russians advanced towards Austria, the Zeppelin Werk workshops were moved into the Schwarzwald for the last use of these weapons. In April 1945 on order from Berlin the SS destroyed all of the remaining weapons.

Although the German deployment of the Feuerball and Kugelblitz had ended with the collapse of the Third Reich in May 1945 the Germans did manage to technology transfer by U-boot at least a few of the Feuerball weapons to Japan, possibly many more based on photographic evidence and documentation of encounters.

Although the Japanese showed little interest in designing or developing disc craft during the war, Dr. Giuseppe Belluzzo of Italy worked closely with the SS on the Schriever disc re-design as well as his own jet-powered flying bomb - the Turbo Proietti. The operation and turbine engine design of Belluzzo for the Turbo Proietti is very similar to a Feuerball in appearance.

It may well be that the Italians had a part in developing the early Kugelwaffen and Feuerball. Is it just coincidence that the lone Kugelblitz attack recorded came from the Riva Del Garda area?

Nevertheless, the USAAF never gave an explanation for the "Foo Fighters" despite documented encounters and sightings with this weapon which were launched from the ground by all three Axis nations. Declassified information has revealed that the USAAF knew the weapons were German - they were classified under the designation “Phoo Bombs” .
​

The "Foo Fighter" attacks resumed in August 1945 with an attack on a B-29 bomber of the 20th Bomber Command based in ChinaBay; an oval shaped object of considerable size trailing blue-grey smoke.

Intelligence quickly wrote-off the incident as a test of the Japanese Funryu-2 missile, not eager to bring the "Foo Fighter" scare to the PTO.
At least two more attacks occurred in August 1945, the last on August 28, 1945 after VJ Day. Sightings by the 20th AF were made by many crews even when attacks were not pressed.

The Japanese, however, actually feared this weapon. Not understanding how such a machine like the Feuerball flew, the Japanese panicked when the Feuerball was ignited, attributing its flight operation as supernatural in nature. They referred to it as a "Demon Thing" and apparently chose to dynamite the last of them in a pit sometime AFTER VJ Day.

After Japan was conquered, photographic evidence emerged of both the Kugelwaffen probes and Feuerball weapons. The AEG Kugelwaffen photos are dated from 1942 which means that Germany probably experimented with those first and transported the technology by long-range transport aircraft. 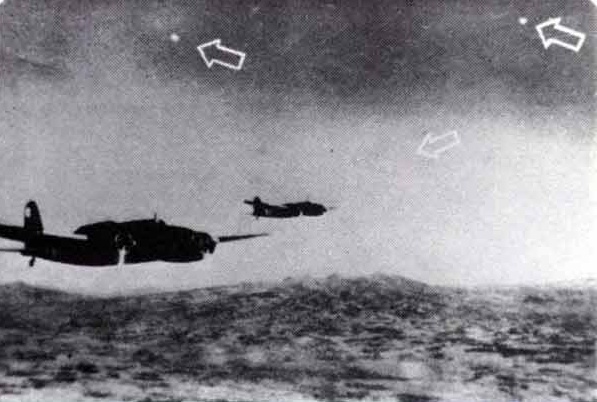 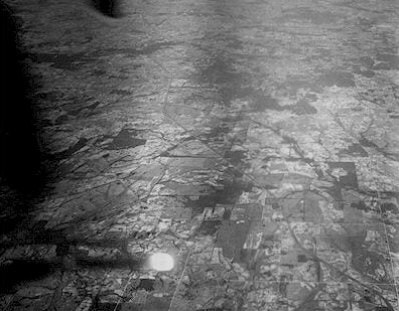 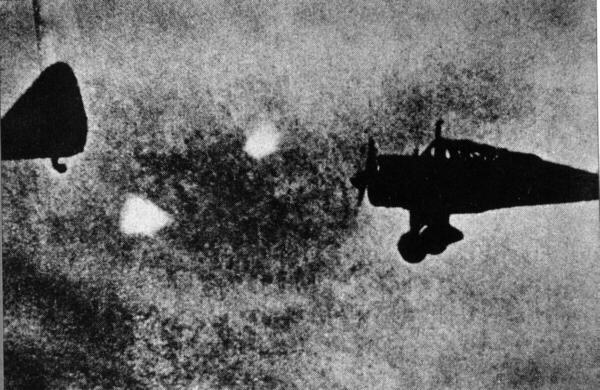 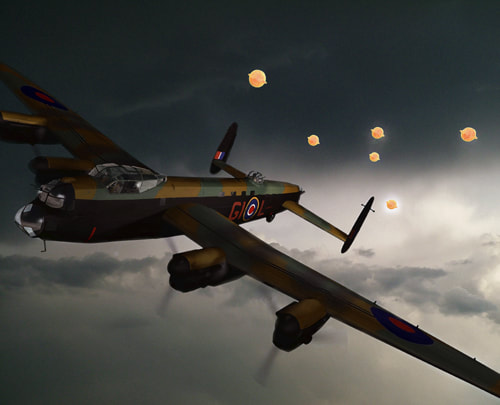 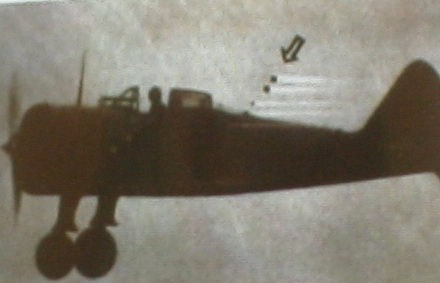 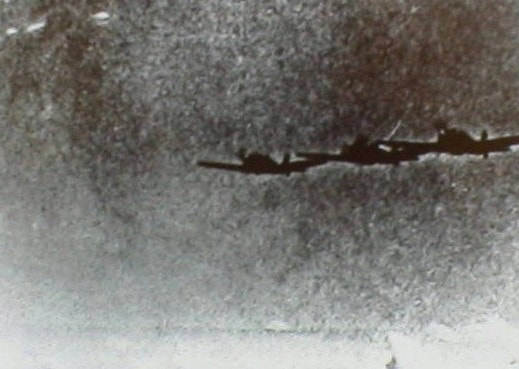 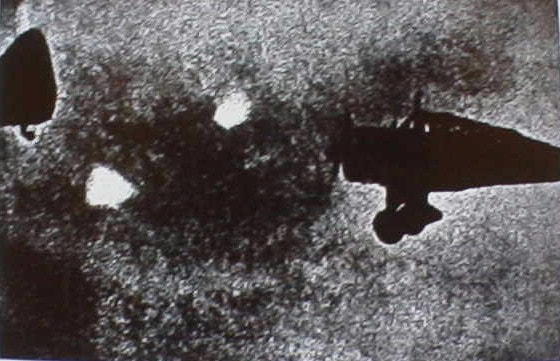 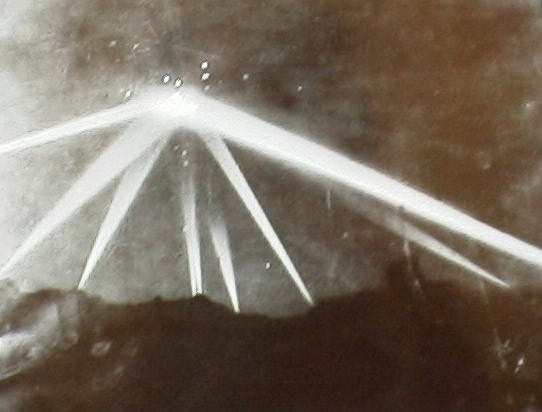 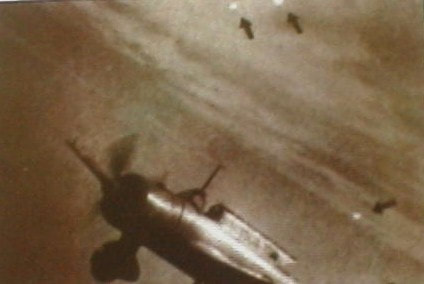 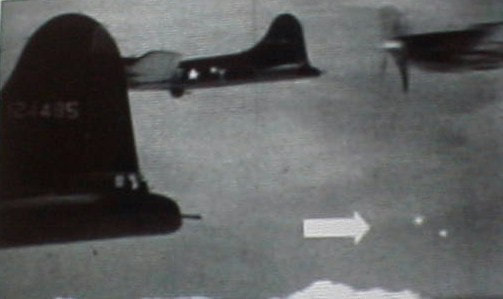 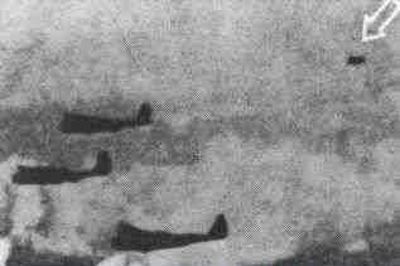 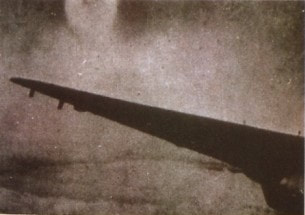 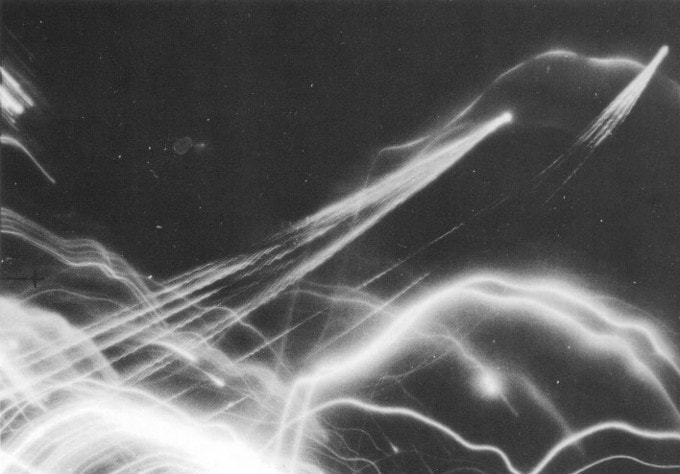 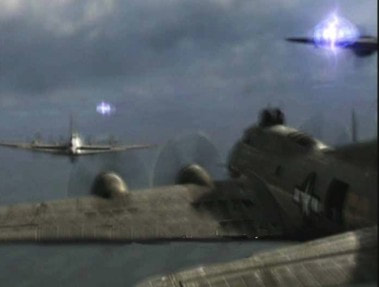 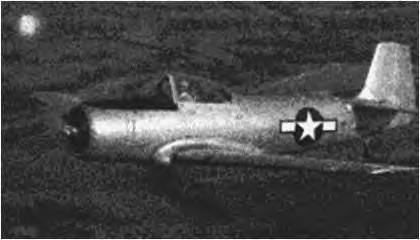