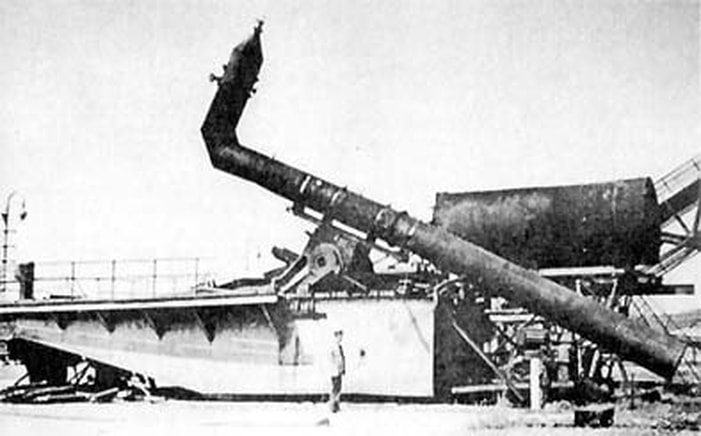 Like the Vortex Gun, the Wind Cannon was also developed by a factory in Stuttgart during the war.

It was a type of gun that would eject a jet of compressed air against enemy aircraft. It consisted of a large angled barrel like a bent arm resting in an immense cradle. The cannon worked by the ignition of critical mixtures of hydrogen and oxygen. The powerful explosion triggered off a rapidly-ejected projectile of compressed air and water vapor, which was as effective as a small shell.

Experimental trials of the cannon at Hillersleben demonstrated that a 25mm-thick wooden board could be broken at a distance of 200m. Nitrogen peroxide was deployed in some of the experiments so that the brown color would allow the path and destination of the otherwise transparent projectile to be observed and photographed. The tests proved that a powerful region of compressed and high-velocity air could be deployed with sufficient force to inflict some damage.

However, the aerodynamics of a flying aircraft would almost surely neutralized the effectiveness of this cannon. In addition the effects of the cannon on a fast-flying aircraft was quite different from that on a fixed ground target. Still, the cannon was installed on a bridge over the Elbe, but with no significant results. The wind cannon was an interesting experiment but a practical failure.​ 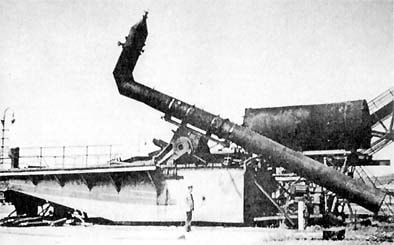 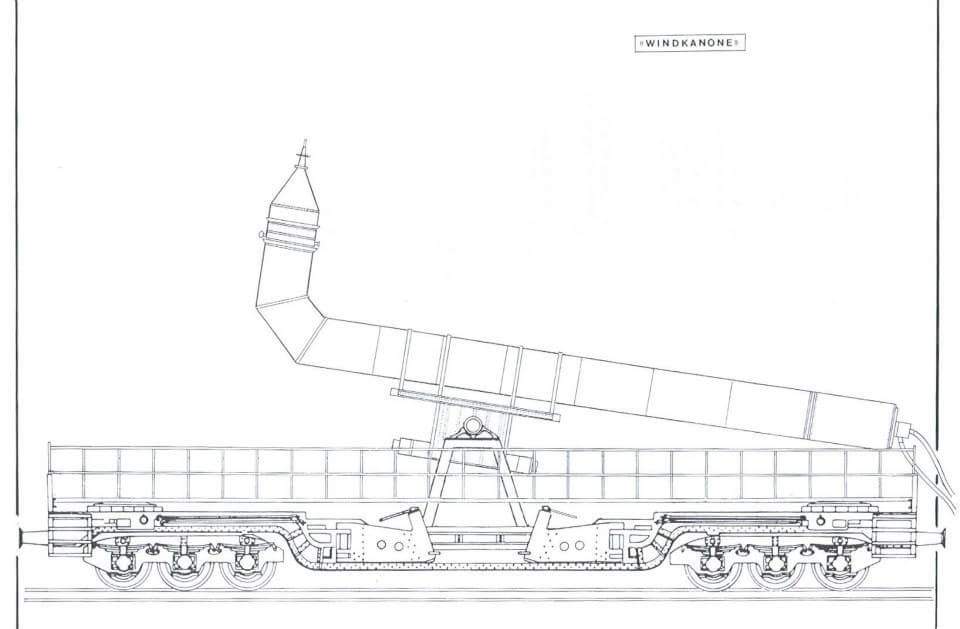 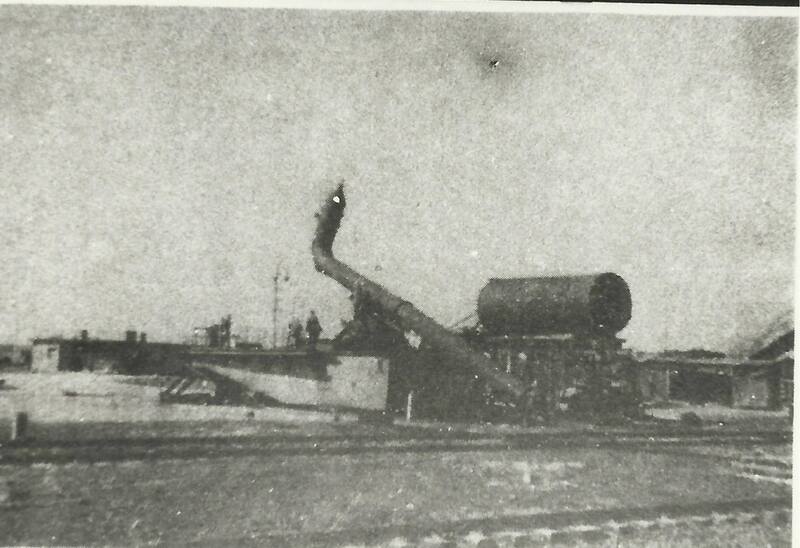 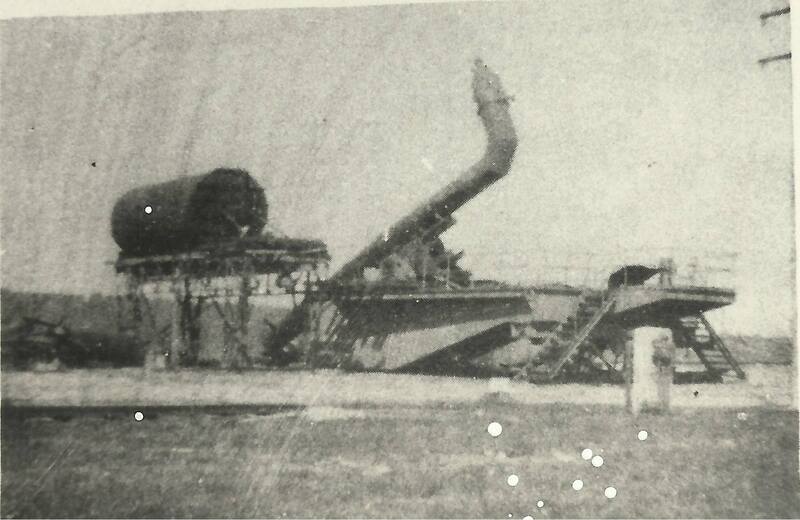 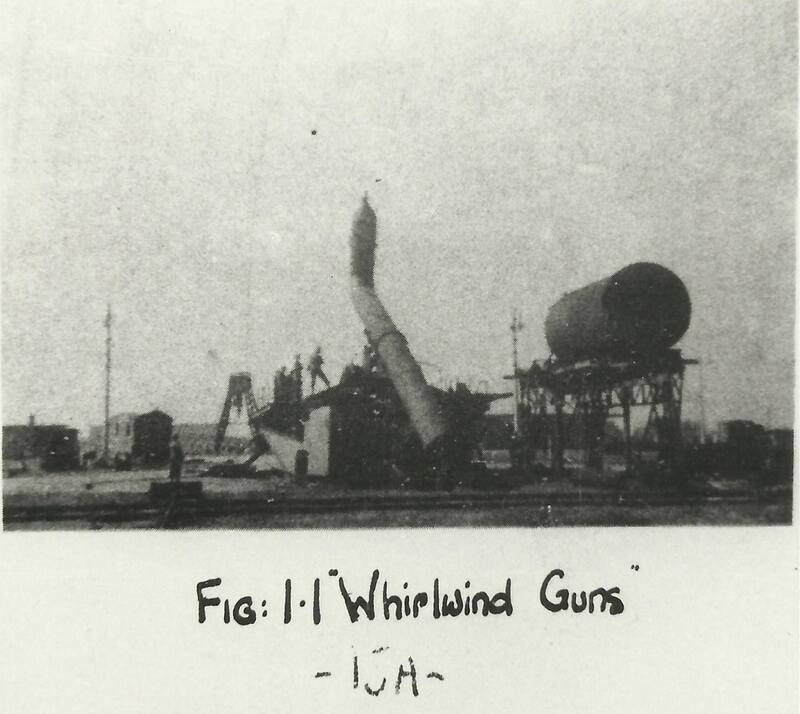 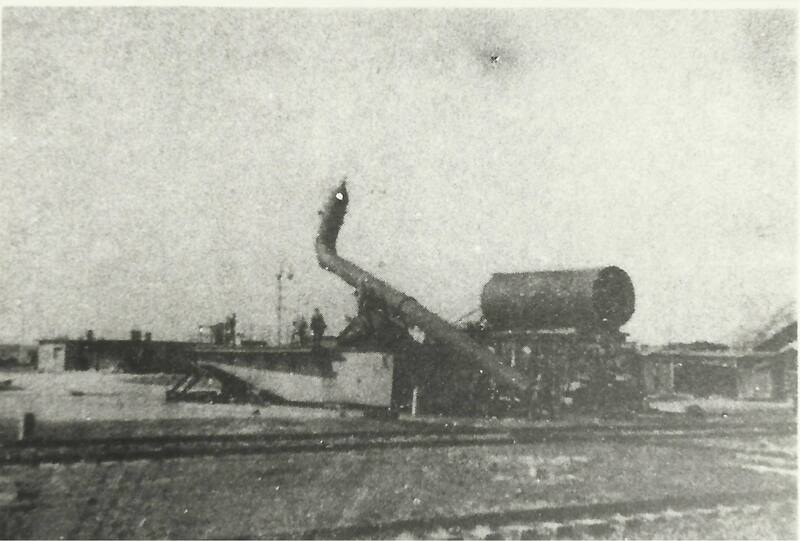