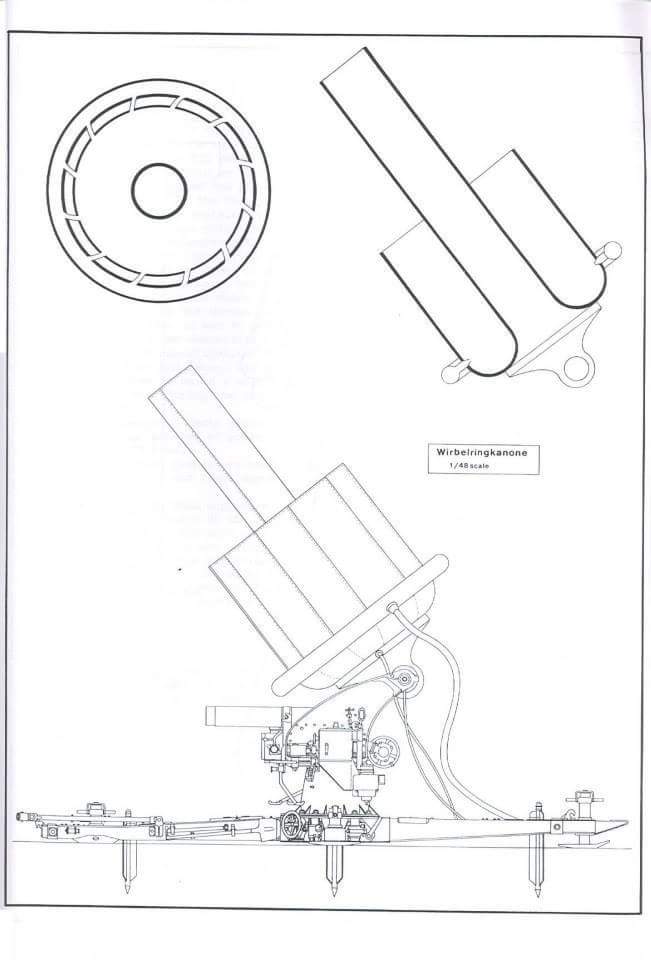 The Vortex Gun was designed and built by an Austrian scientist named Dr. Zimmermeyer at an experimental institute at Lofer in Tyrol.

It was a mortar barrel of a large caliber sunk in the ground, and the shells contained coal-dust and a slow-burning explosive in the centre.  The first experiments with compressed air were failures. The shells, once fired, were intended to have the function of creating an artificial whirlwind or tornado which would hopefully make enemy airplanes lose control and thus knock them out of the sky. If all circumstances were perfect and favorable, the strange device seemed to work fairly well.

Numerous high-speed films were taken and processed for analysis and study, which concluded that the rotation and forward-moving explosion of the coal dust was in fact able to start the formation of a fairly large vortex. Although it was unknown whether the pressure changes of the tornado would be strong enough to cause frame failure in aircraft caught in the air current, it was known that the pressure on wing loading might be excessive.

​In the years before this invention, it was known that clear-air tubulence had brought down large airliners and broken them into pieces. It seemed possible and feasible that Dr. Zimmermeyer's unlikely-sounding cannon could have the same effects too. In fact the gun would be cheaper than but as effective as shells filled with high explosive. The range of the prototype was estimated to be about 100m, even though the gun was never used in practice. But similarly designed guns using artificial firedamp explosions and shells were deployed against Polish freedom fighters in Warsaw towards the end of the war.