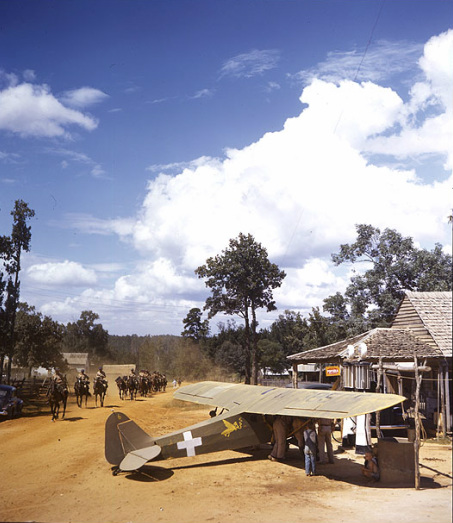 Designated as the O-59 (1941), L-4 (after April 1942), and NE (U.S. Navy)the L-4 was one of several liason aircraft named "Grasshopper" by the USAAC. Approximately 1439 examples of the L-3 were manufactured before production ended in 1944. These aircraft served in a variety of liason roles; an unpowered version training glider pilots.

The Navy used a version of the Army L-4 that was designated the NE Grasshopper. Other Navy versions included the HE (re-designated the AE in 1943) hospital/ambulance version equipped to carry one stretcher in addition to the pilot.