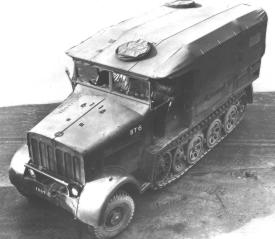 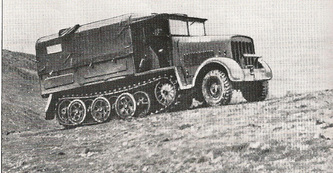 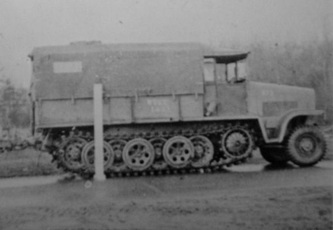 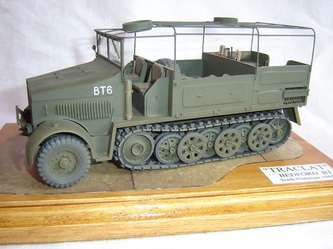 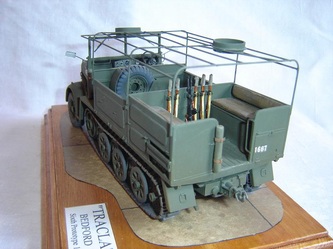 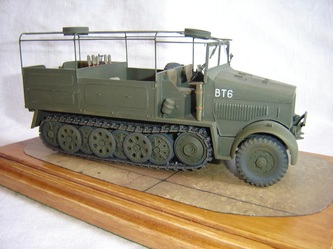 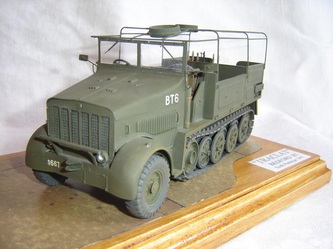 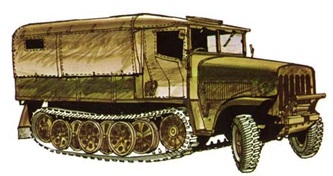 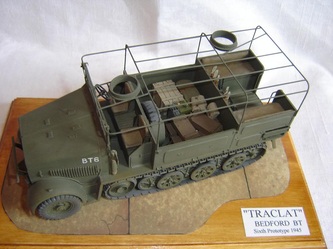 In 1943, after German medium half-tracks had been captured in Africa & tested in Britain, it was decided to copy it for the British Army as a towing vehicle for the 25 pdr, 17pdr and 40mm AA guns. un. The German SdKfz.7, 8-ton version was decided on as the one to produce & Vauxhall Motor's Bedford Truck Division was told to copy it as closely as possible. Vauxhall insisted on large orders before starting production so the Army ordered 7,500 for 1944 & 5,000 for 1945 delivery. However doubts were expressed about the very time-consuming production of the high-quality needle-bearing track components & disruption to Tank production. By June 1945 only 6 prototypes had been built. Testing showed that the Traclat was superior to all other vehicles being considered for the job but it was cancelled due to its cost.

The bodies & front wheels were standard Bedford items. The Traclat was powered by two Bedford six-cylinder 140 hp engines (with their radiators) mounted side-by-side -- the cooling system for each engine was seperate. These engines drove via shafts into a coupling gearbox. The track bogie-wheels were of German pattern but seem to be taken from a mix of German half-track types (hole patterns) -- the outer ones from SdKfz-11 / SdKfz-251 while the inners from a DB-10 (12 ton) final type -- Vauxhall re-engineered everything was for imperial measurements  -- imperial nuts & bolts etc used. This meant that the track bogie-wheels were new, even though they retained the Germanic styling, thus accounting for the strange (non-German) hole patterns, very conical centers & hubs.

It was a right-hand drive vehicle.