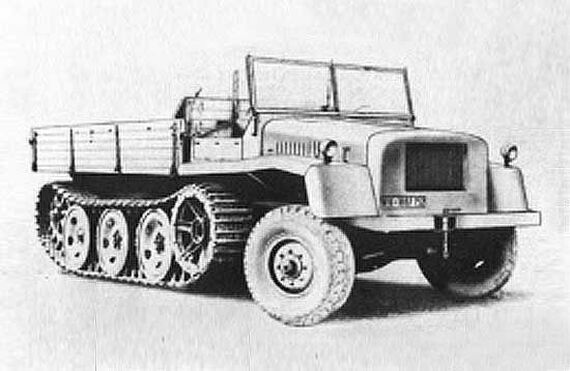 schwere Wehrmachtsschlepper mit Pritschenaufbau  (s.W.S. with platform)
Until end of February 1945, there were 726 exemplars of the schwere Wehrmachtsschlepper mit Pritschenaufbau – s.W.S. with platform – were made. Two benches – arranged transversely to the direction of travel – and a corresponding number of rifle holders were fitted to the rear area of the simple constructed wooden platform. A spare wheel in erected position was stored at the right front of the platform. The remaining part of the platform was used to store ammunition and equipment. This version of the s.W.S. should be used as towing vehicle for guns. During the rearguard actions in the year 1944, many s.W.S. with their trailed guns were lost due to its slow speed. Therefore, many units used the remaining vehicles as supply vehicles. 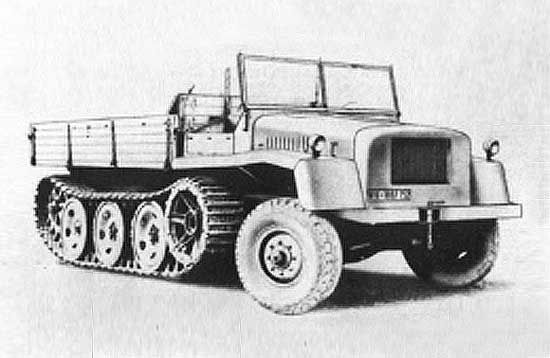 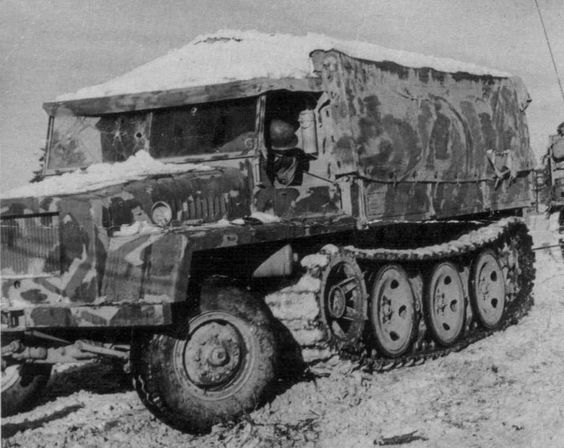 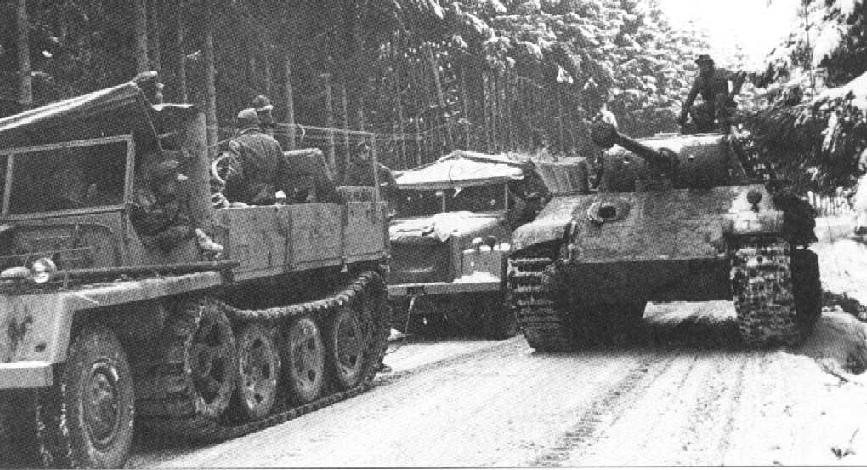 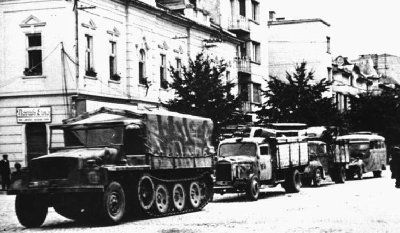 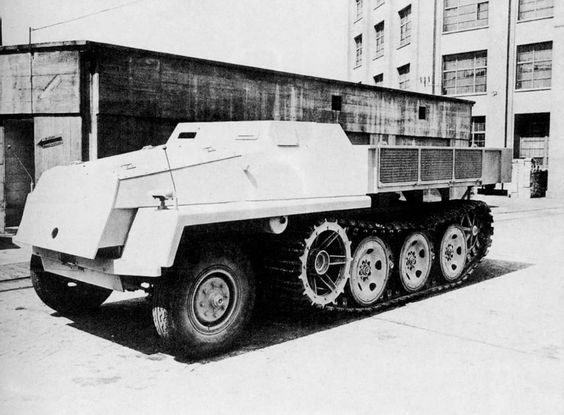 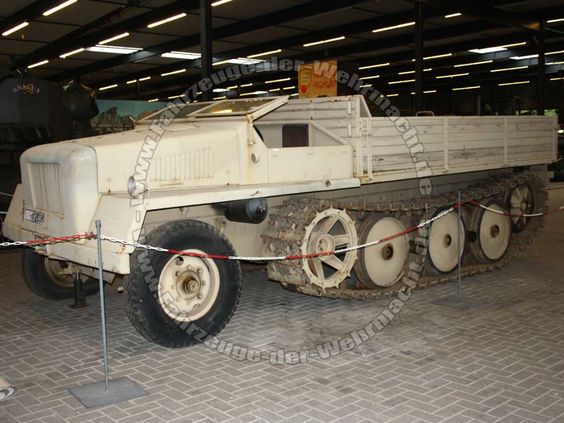 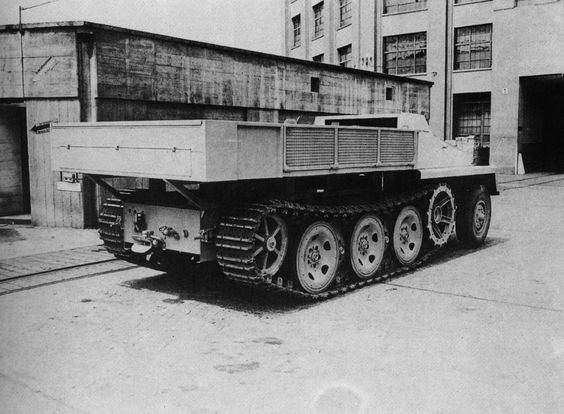 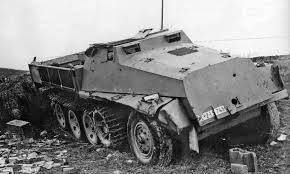 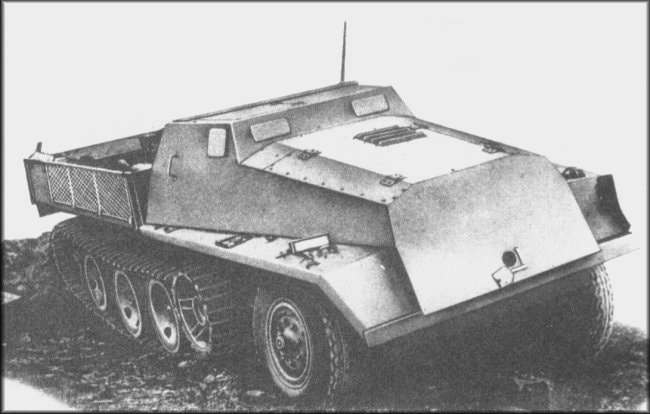