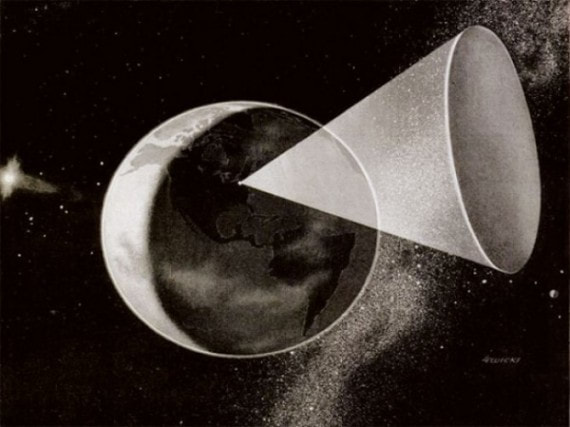 The sun gun or heliobeam is a theoretical orbital weapon, which makes use of a concave mirror mounted on a satellite, to concentrate sunlight onto a small area at the Earth's surface, destroying targets or killing through heat.

In 1929, the German physicist Hermann Oberth developed plans for a space station from which a 100-metre-wide concave mirror could be used to reflect sunlight onto a concentrated point on the earth.

Later during World War II, a group of German scientists at the German Army Artillery proving grounds at Hillersleben began to expand on Oberth's idea of creating a superweapon that could utilize the sun's energy. This so-called "sun gun" (Sonnengewehr) would be part of a space station 8,200 kilometres (5,100 mi) above Earth. The scientists calculated that a huge reflector, made of metallic sodium and with an area of 9 square kilometres (900 ha; 3.5 sq mi), could produce enough focused heat to make an ocean boil or burn a city. After being questioned by officers of the United States, the Germans claimed that the sun gun could be completed within 50 or 100 years.

The Scottish mathematician John Napier proposed such a device. In his book Secrete Inventionis (1596), he published details of a giant mirror to burn enemy ships by focusing the sun's rays on them.