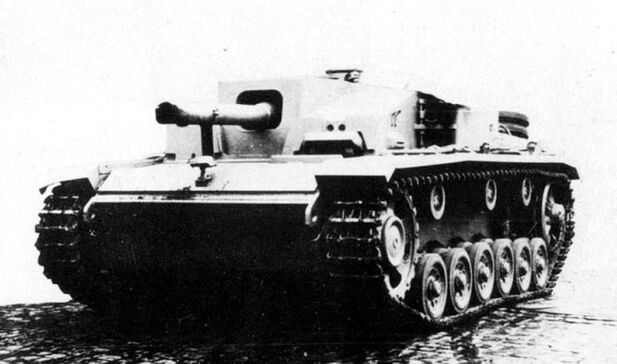 In a conference with Hitler early in December 1943 it was decided that 10 StuG III should get the Schwade flamethrower-system installed. First it was said to take the ten StuG's from production lines, but then it was decided that StuG's returning for repair should be used.

The ordnance department reported nine completed StuG (Flamm) in May 1943 and one in June. these ten StuG(Fl) were issued to Panzertruppenschule I and transported by rail on 29th June 1943. One of the vehicles caught fire there and burned out. It was sent back in July 1943 and was repaired. In September 1943 this StuG came back to it's unit. It is unknown if these StuG (Flamm) were ever used in combat.

In January 1944 all 10 vehicles were sent back to ordnance depot where they were re-converted to 'normal' StuG's, what means that they again got the 7.5cm StuK40 L/48.

Additionaly to the 14mm spray tube a MG34 with 600 rounds was on board. The flamethrower range was about 55 meters. The weight of the vehicle was 23 tons, the length 5.52m, the width 2.95m and the height 2.16m. The front was 80mm armored, the sides 30mm and the chassis rear 50mm, while the superstructure rear only had 30mm. 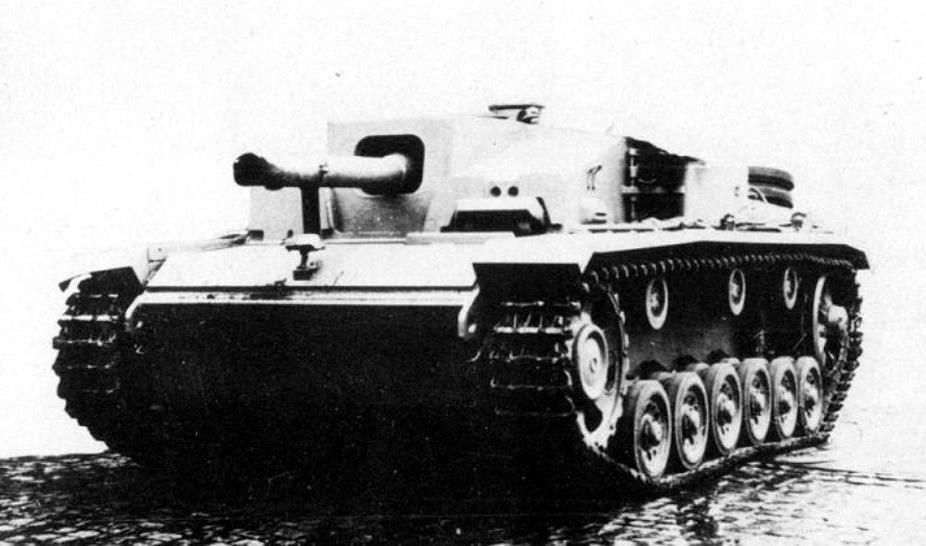 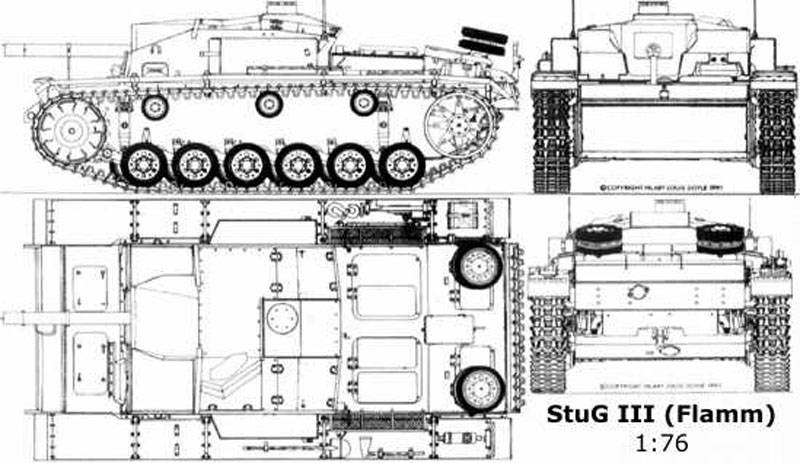 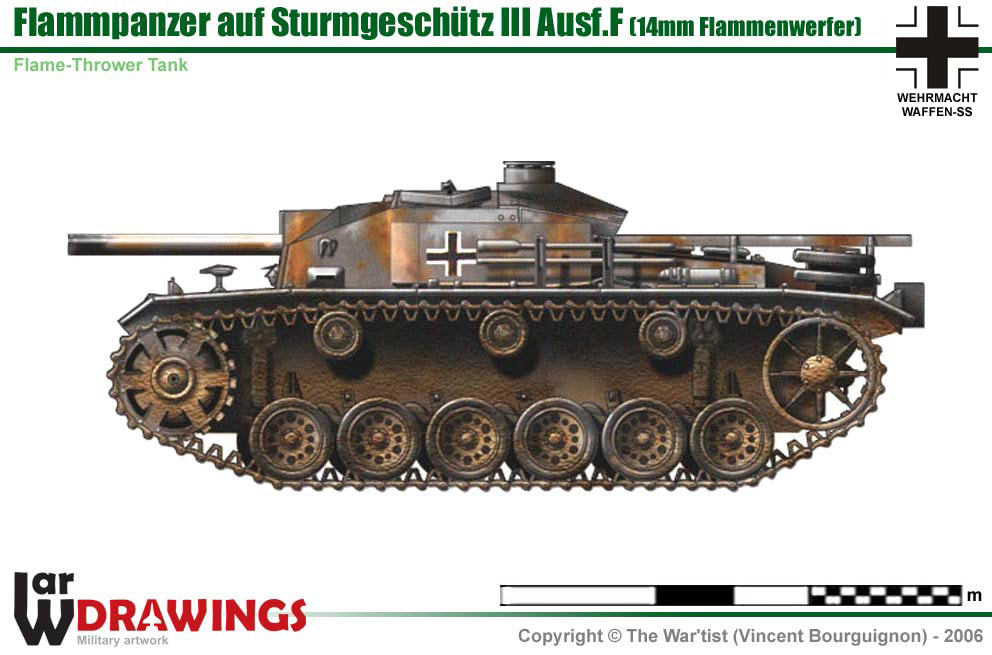 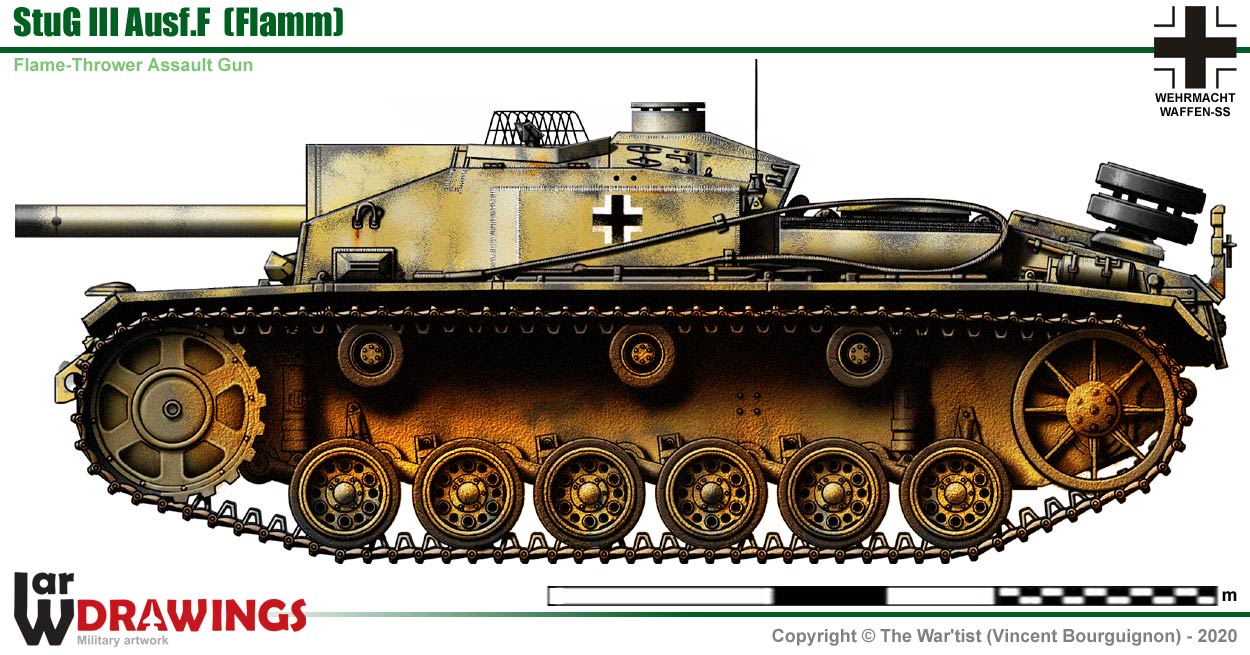