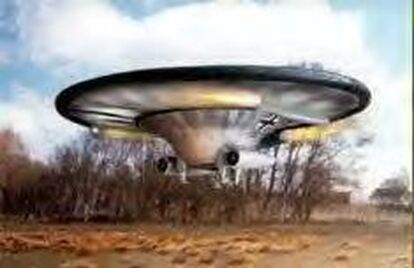 Most likely in 1942, German engineer Rudolf Schriever began to workt a “flying disc” craft, propelled by rotating blades, which had a considerable similarity to the BMW “Flügelrad” (Flying Wheel).  Schriever used the same technology, having blades rotating around a cabin/cockpit, affixed to a rigid outer ring. Contrary to the BMW “Flying Wheels”, Schriever fixed four small engines to the four rotating blades as a means of direct propulsion. The blades were to be beveled during take-off in order to produce sufficient lift. As soon as 1650 – 1800 rpm were reached, the “Flugkreisel” (flying gyro) was to lift off and ascend at a rate of 100 m/sec, having a total weight of 3 tons.

When the planned cruising altitude was reached, the rotation of the blades was to be reduced to 500 rpm and their inclination set, so that the flying disc hovered neutrally. Afterwards the laterally mounted engines were to kick in and give an unlikely maximum speed of 4,200 km/h. The size of the “flying disc” is unclear, but somewhere between 8.00 m to 14.40 m diameter. The “Flying Gyro” is said to have been demolished by German Troops in Prague in April 1945, in order to prevent an examination of this technology by the Soviets. 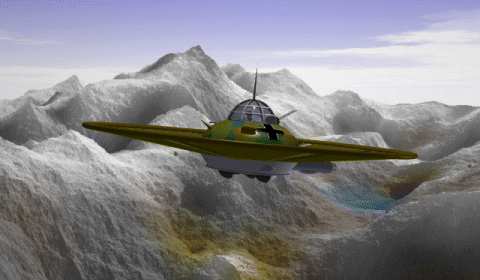 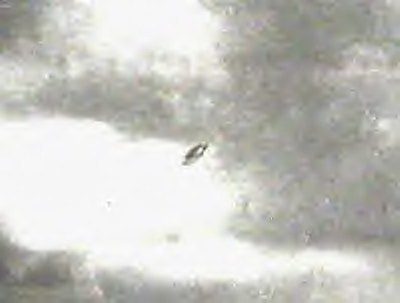 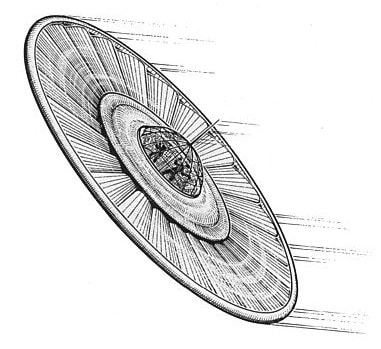 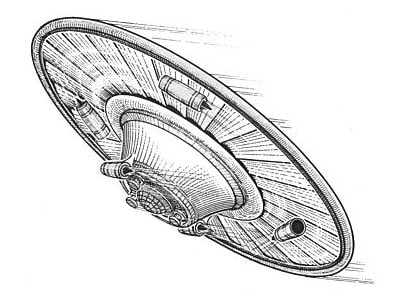 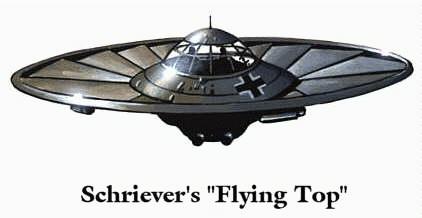 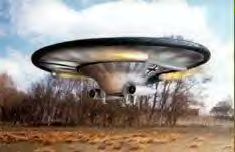 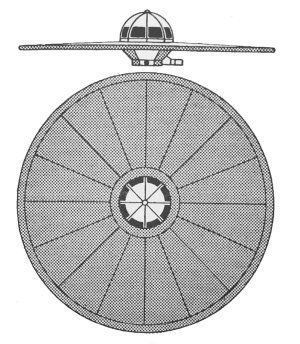 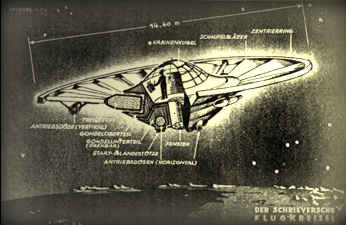 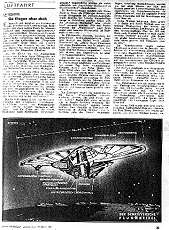