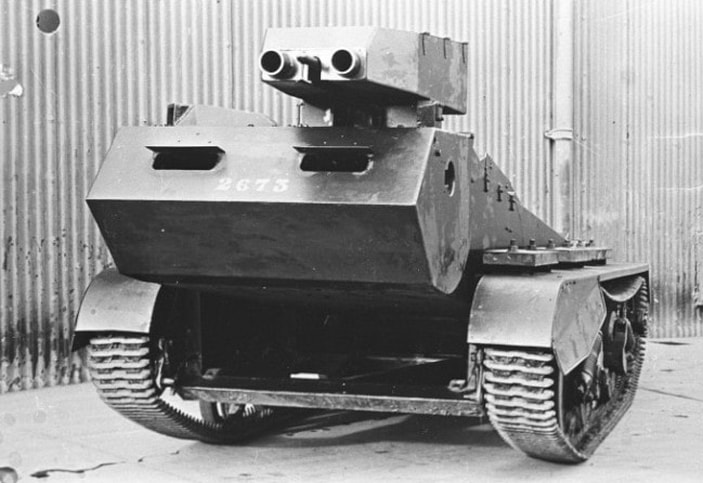 The Praying Mantis was an attempt to produce a low-silhouette vehicle that could still fire over obstacles. A one-man design based on Carden Loyd suspension was not adopted, but the inventor was encouraged to design a two-man version. This version appeared in 1943 and was based upon the Universal Carrier. The hull was replaced with an enclosed metal-box structure with enough room for a driver and a gunner lying prone. This box, pivoting from the rear, could be elevated. At the top end was a machine-gun turret (with two Bren guns). The intention was to drive the Mantis up to a wall or hedgerow, elevate the gun, and fire over the obstacle from a position of safety. It was rejected after trials in 1944. 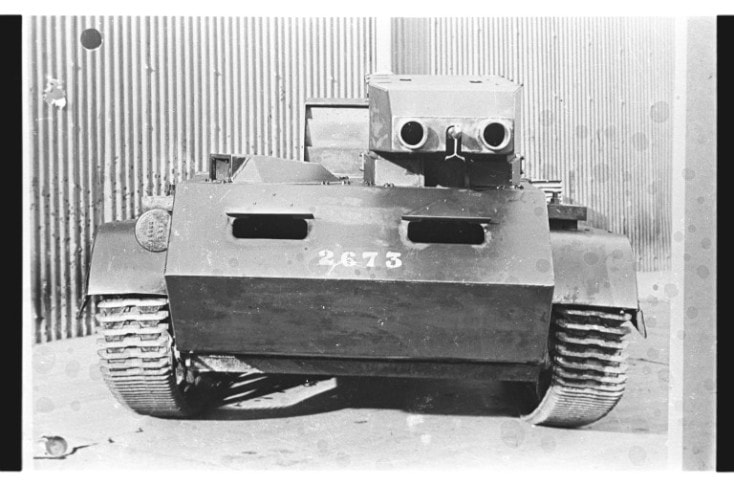 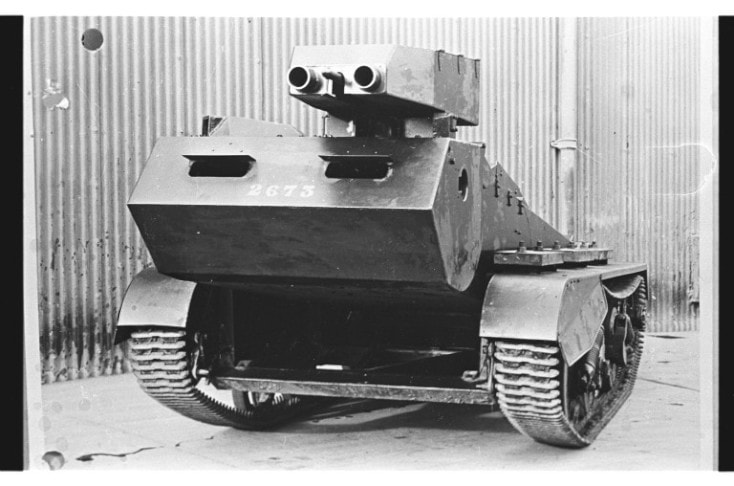 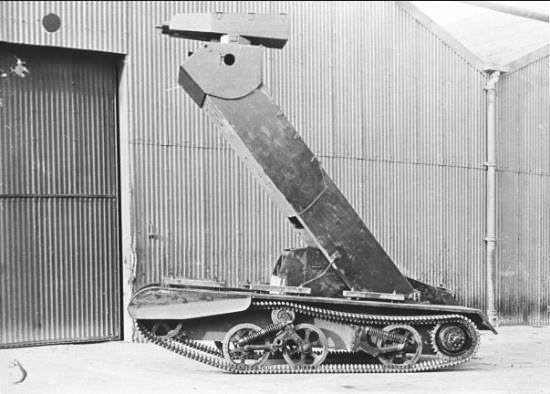 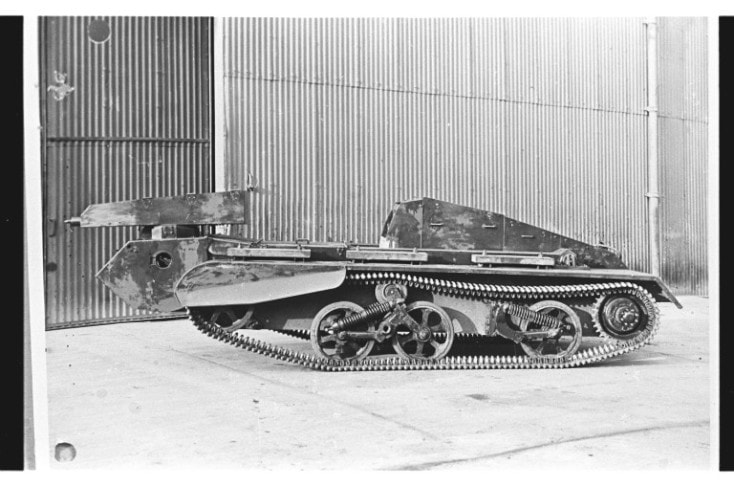 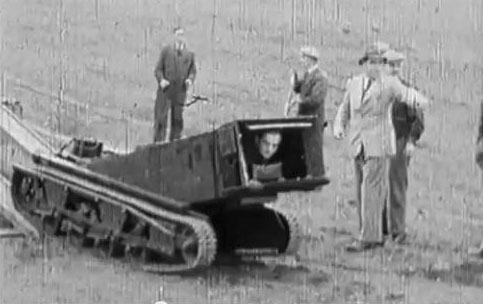 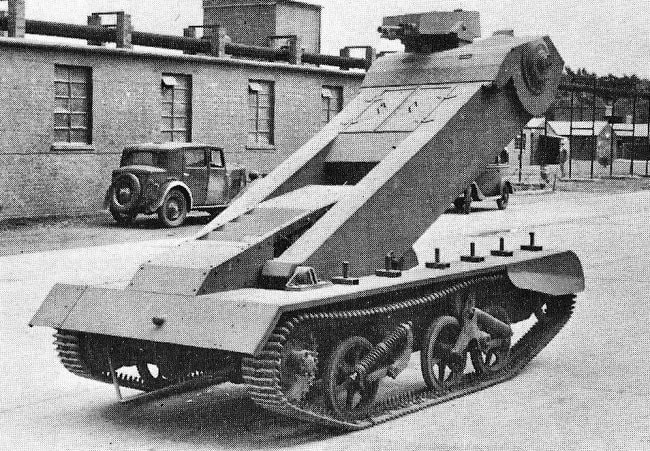 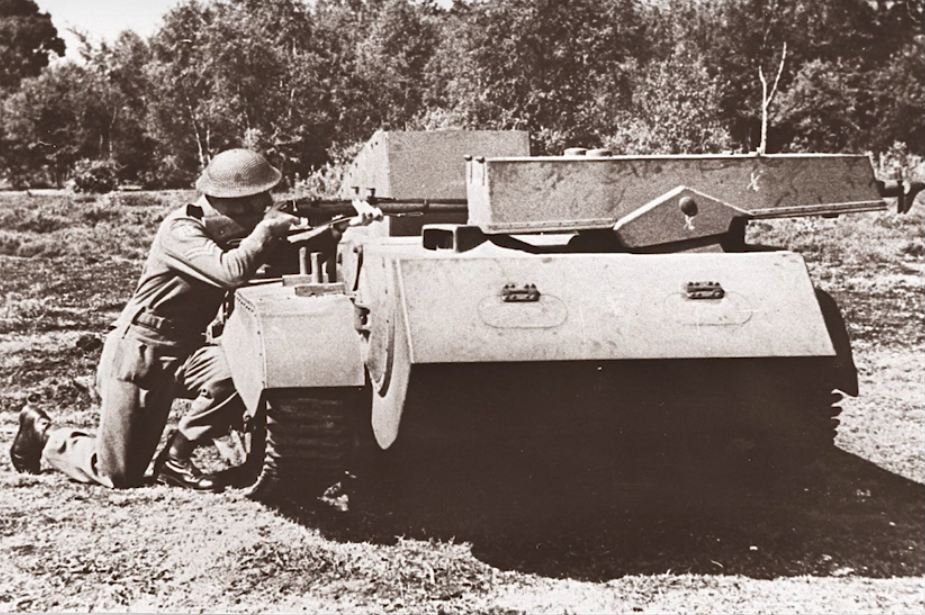 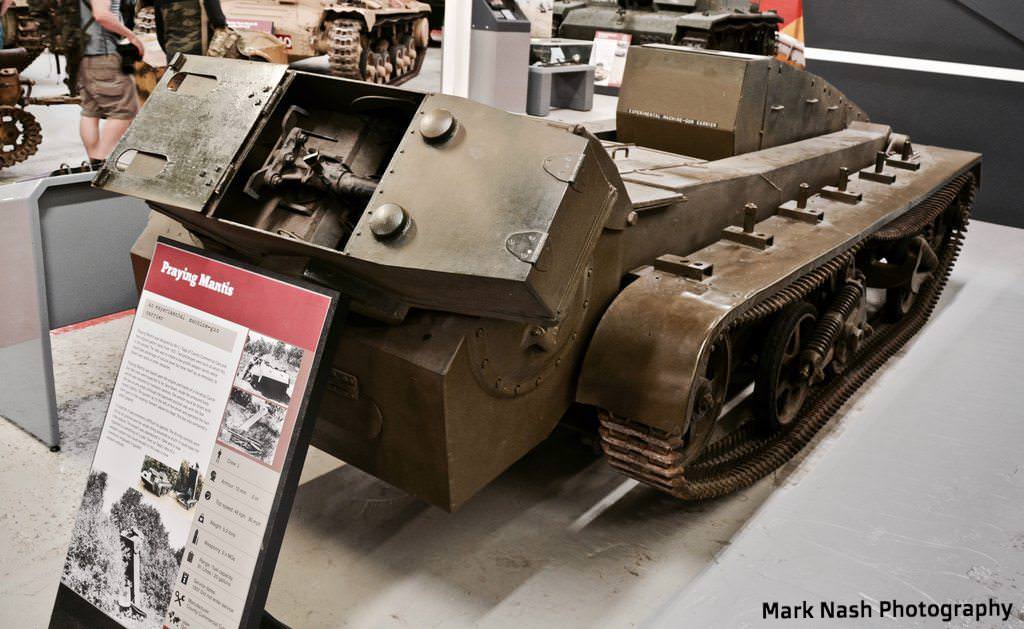 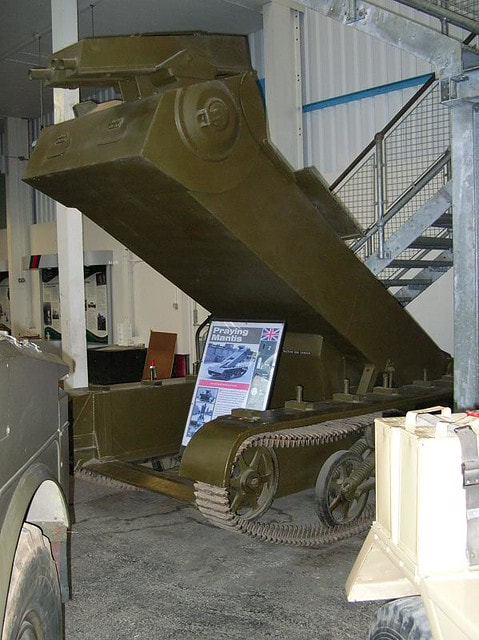 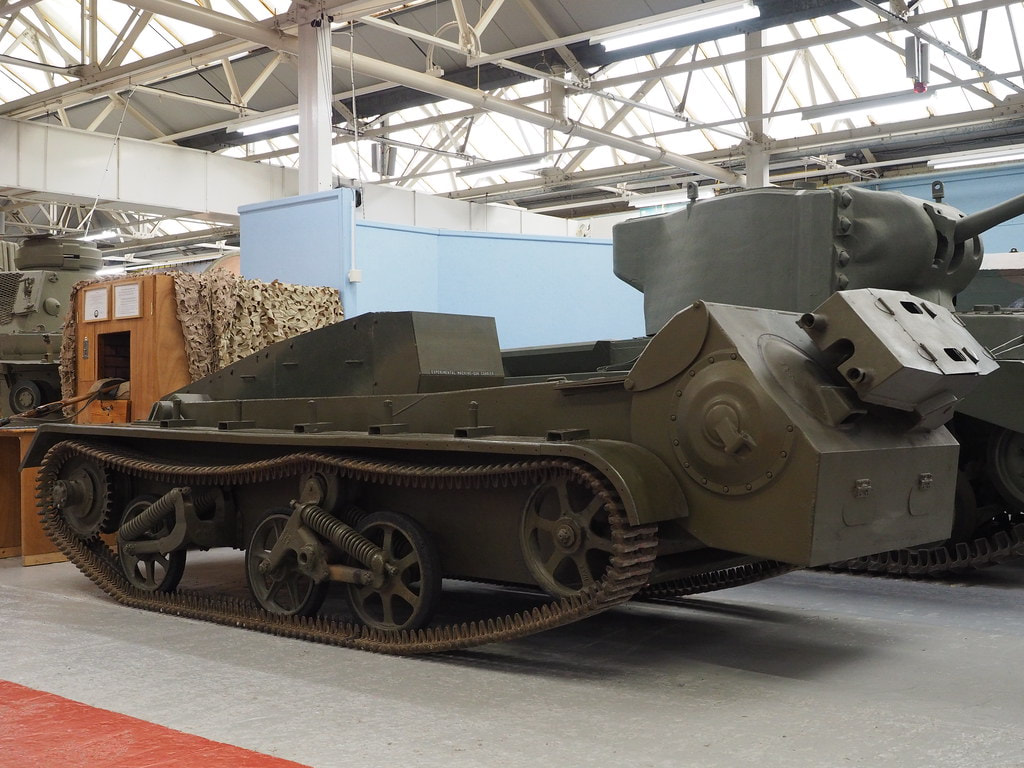 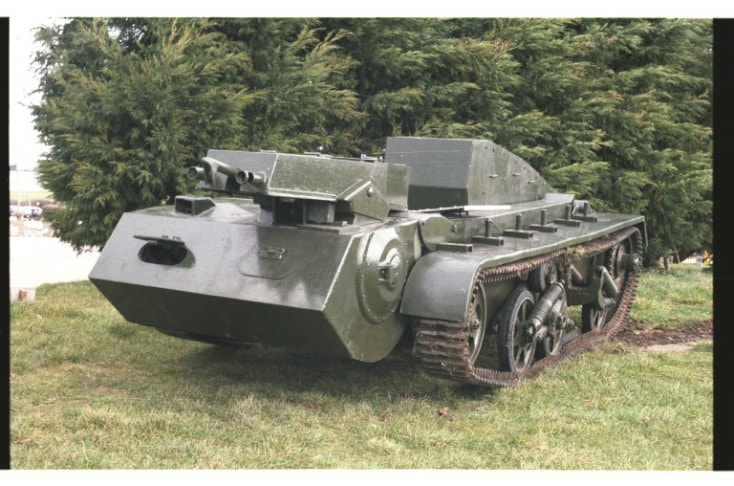 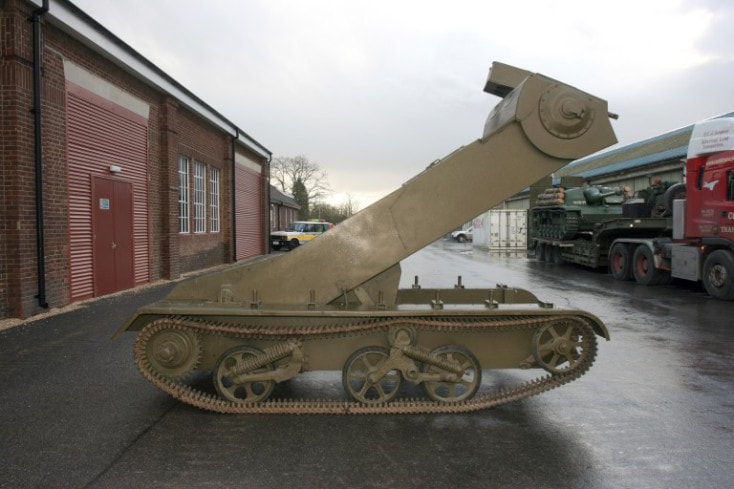 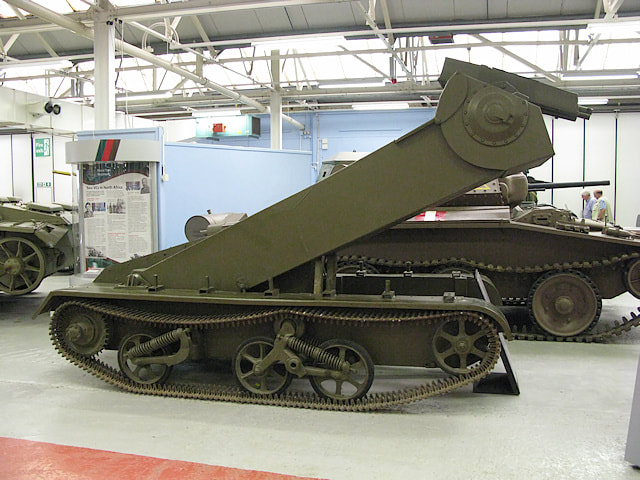 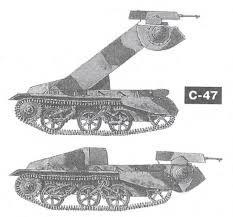 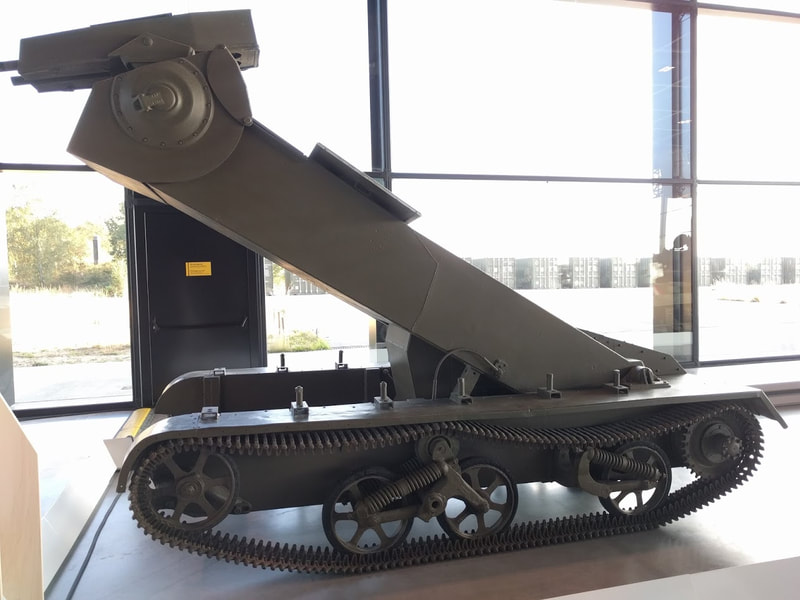 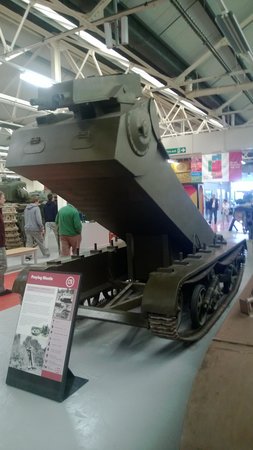 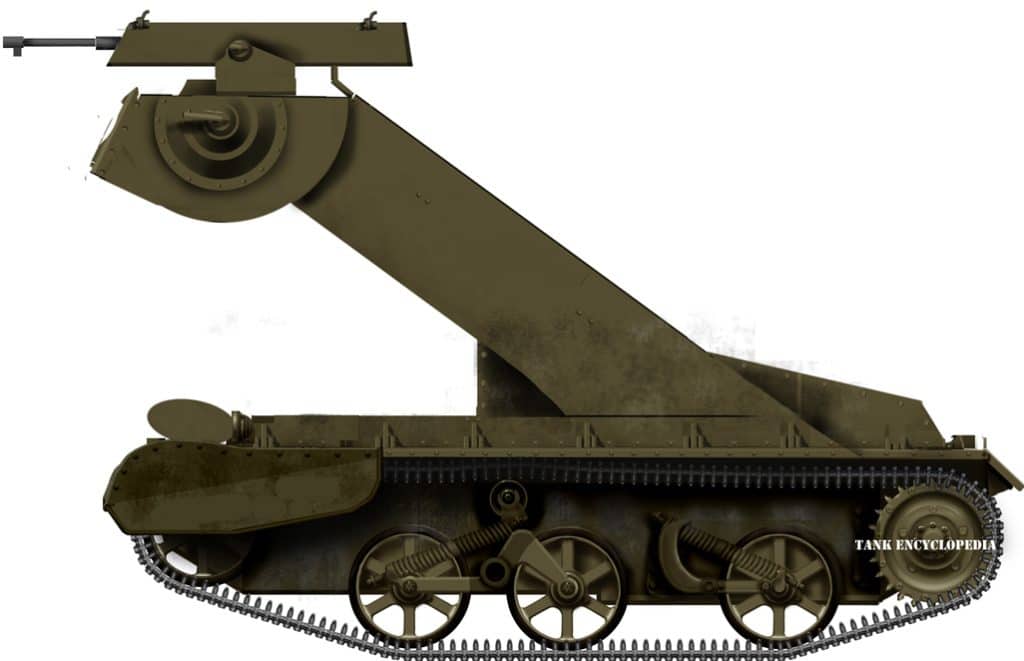 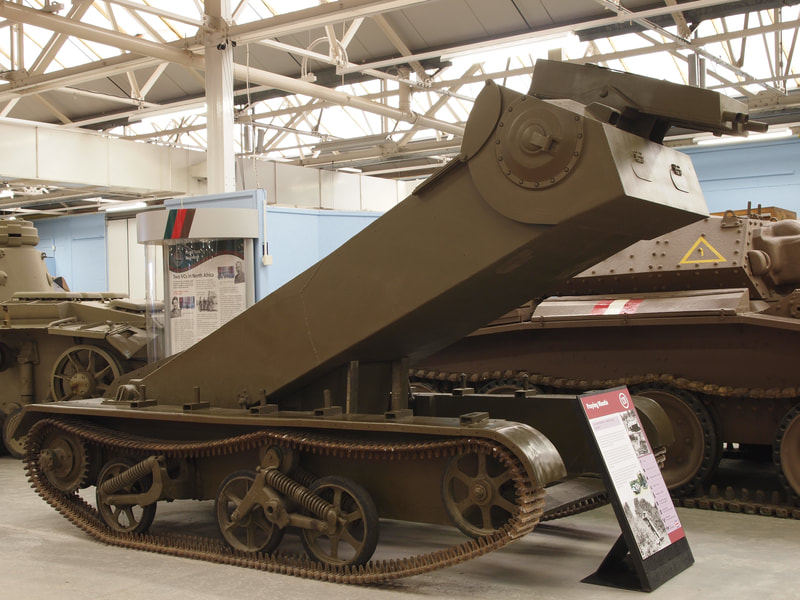