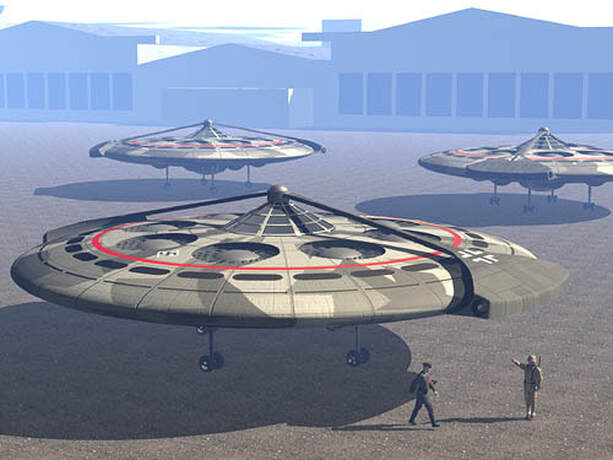 In 1939, Josef “Andreas” Epp designed a radical rotor/jet powered aircraft he named the “Helioplane”. But this design could not be pursued due to the early development phase of the German turbojets of Heinkel, BMW, and Junkers.Epp meanwhile continued trying to develop a more pure flight disc when he learned that similar projects were already underway in much of the Reich. Epp traveled to Prague where BMW was testing out their small-scale disc-fan Flügelrad (Winged Wheel) jet auto-gyros which utilized the company’s BMW 003 series engine with a Strahlrohr (Jet Pipe) deflector system to divert engine thrust up to the spinning rotor blades, a combination rotor-jet idea that originated with Rudolf Schriever’s 1941 Flugkreisel (which the SS had taken from him and handed over to three prominent specialists for continued development).

Epp therefore designed by 1943 his Omega Diskus which combined ducted fan technology with two free-spinning rotors propelled by Pabst ramjets being developed for the Fw Triebflügel (Thrust Wing) and utilizing the increasing lifting of the “Coanda Effect”. The Omega Diskus consisted of a circular cockpit 4 meters in diameter surrounded by a disc wing of 19 meters diameter. The wing supported eight ducted lift fans of 80 hp each. The engines were held in place by eight conical pipes of 3 meters diameter.

The support for the main rotor was on the axis of the disc. The rotor had two blades to which were attached the Pabst ramjets at their tips with a spin diameter of 22 meters. Reversing the pitch of the blades in the auxiliary engines, the rotor accelerated, expelling a strong air stream upward. The ramjets started at 220 rpm and the pilot changed the pitch of the auxiliary engines and rotor, gaining enough lift for safe take-off.The main rotor was of an auto-gyro type and did not cause any conflicting forces. Unlike a helicopter, the rotor was not articulated but fixed to a rigid mounting, like the propeller of a conventional piston-engine fighter. 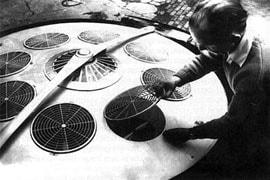 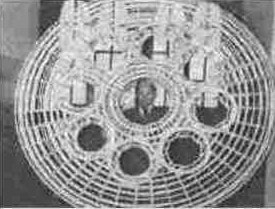 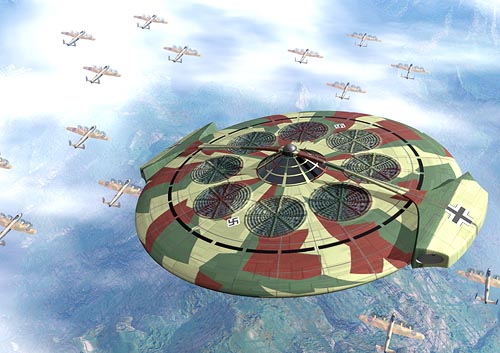 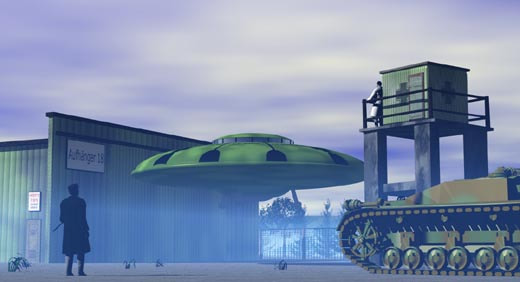 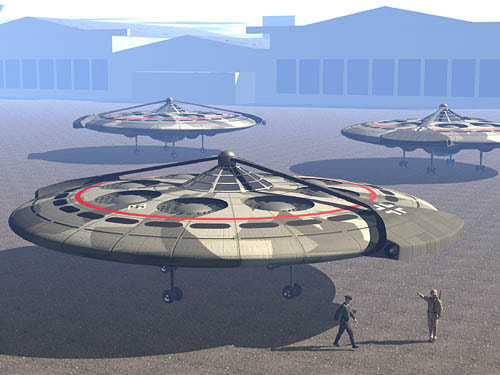 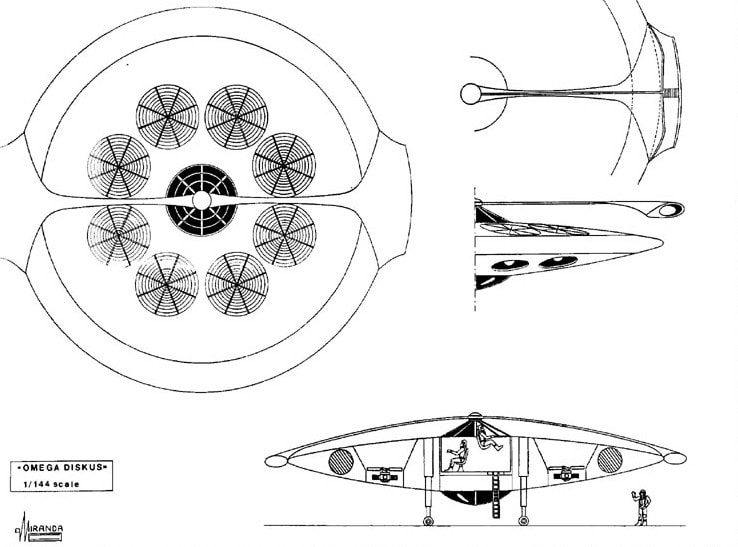