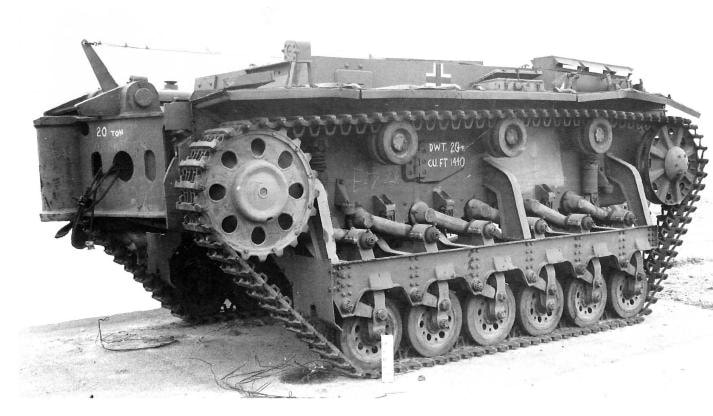 Minenräumer III - Mineclearing vehicle based on a Panzer III chassis with a very highly raised suspension. (Prototype only.)​
Is not known which firm developed this specializated mineclearer tank in mid 1941. Originally was tought that the extended suspenssion was used to roll over the mines and the lengthened torsion bar arms would be capable of withstanding the blast. However the average antitank mine would cut off the track pins. Instead the bar at the front was used as the connection for two heavy steel rollers. 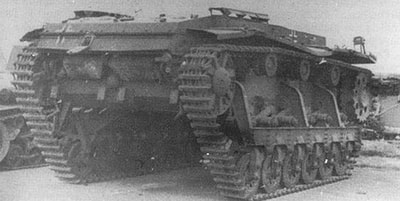 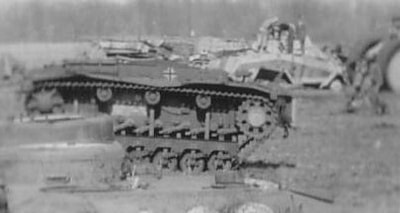 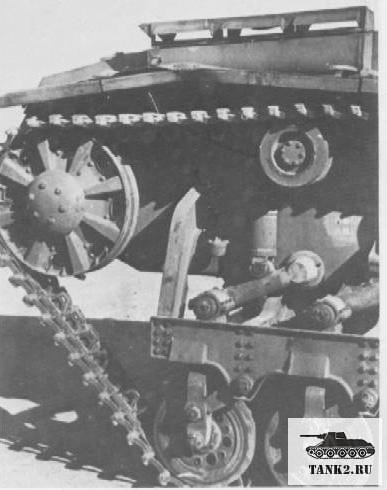 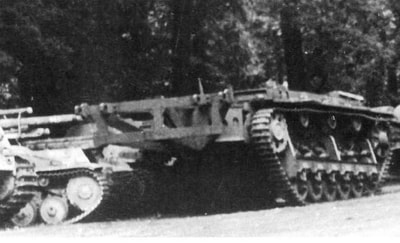 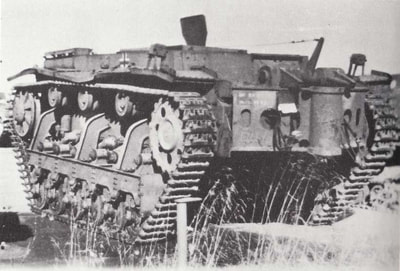 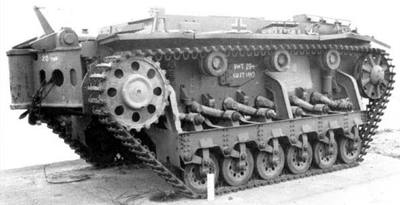 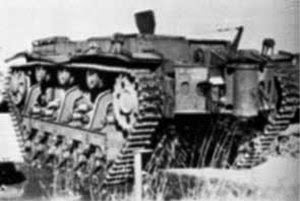 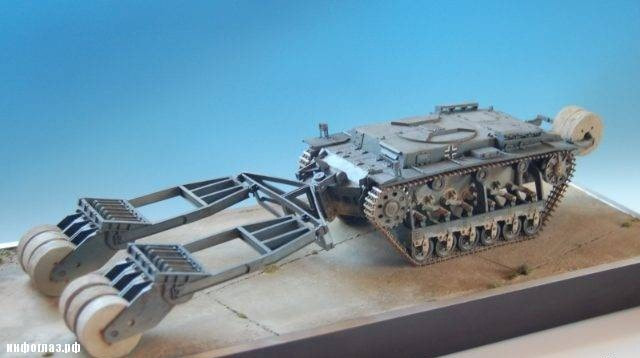