​In early 1941 a projected version of Me 262 High Speed version was created at the drawing boards.
The first of the HG projects ( HG=Hochgeschwindigkeit, or high speed), was the "Pfeilflugel", or Flying Arrow Wing , best known by HG I.
This aircraft featured swept angles of the stabilizers, the "rennkabine", or racing canopy,( with low profile) and modified wing leading edges.
A second project was created following this way: the HG II , called for an outboard wing of increased chord and an improved engine installation, the new HeS 011.The HG II would be fitted with two tail options: the standard Me 262 tail and the V-tail, or “butterfly “tail. 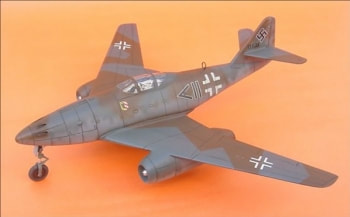 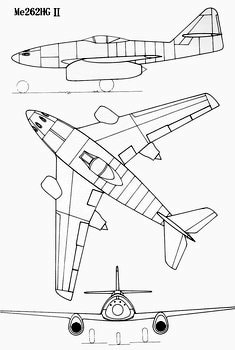 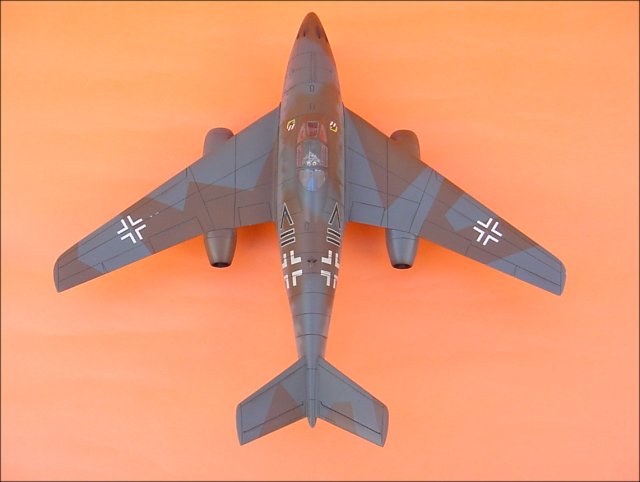 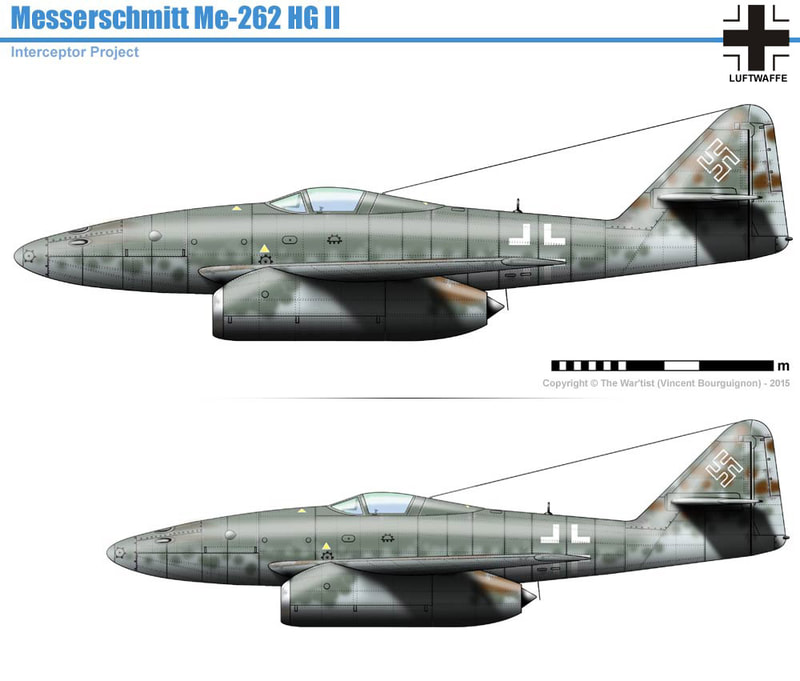 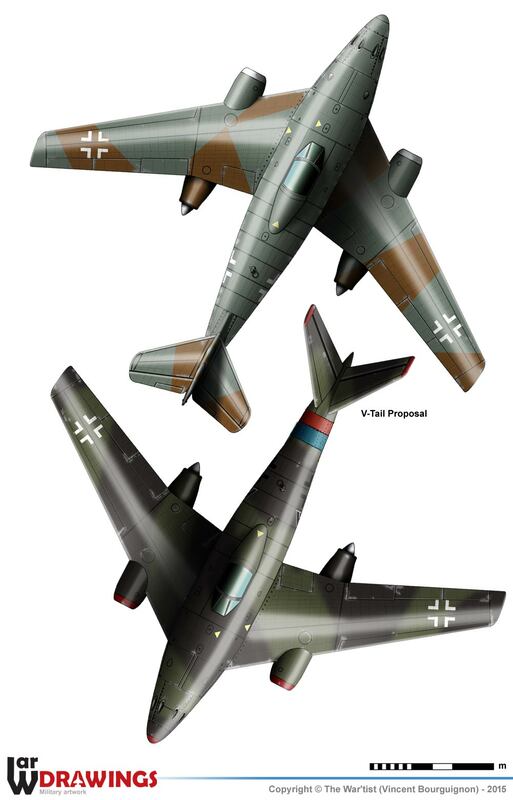 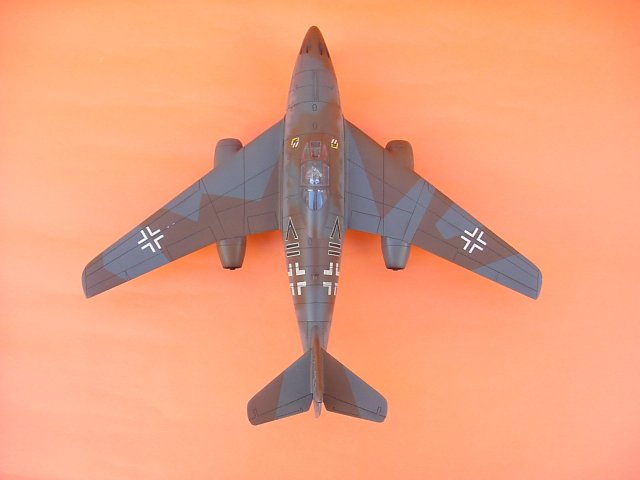 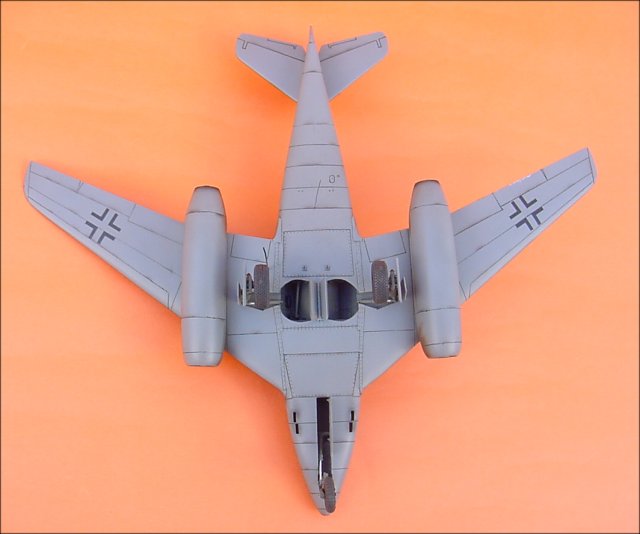 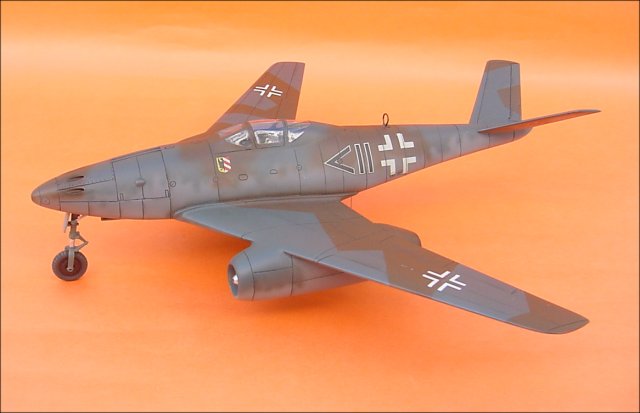 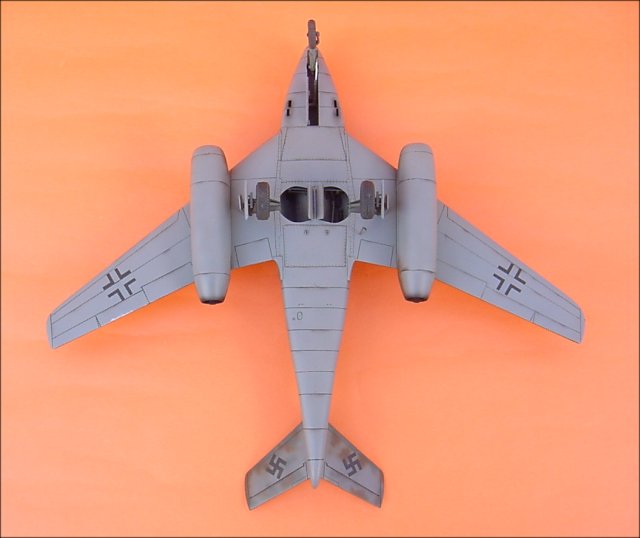