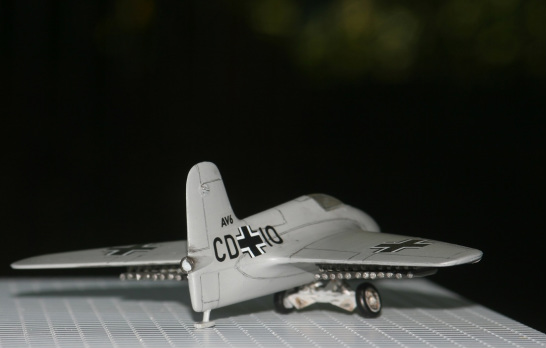 Me 163A on the Nevington Display Stand
Production of a prototype series started in early 1941, known as the Me 163. Secrecy was such that the number, 163, was actually that of the earlier, pre-July 1938 Messerschmitt Bf 163 project to produce a small two-passenger light plane, which had competed against the Fieseler Fi 156 Storch for a production contract. It was thought that intelligence services would conclude any reference to the number "163" would be for that earlier design. The Me 163 A V4 was shipped to Peenemünde to receive the HWK RII-203 engine on May 1941. By 2 October 1941, the Me 163 A V4, bearing the radio call sign letters, or Stammkennzeichen, "KE+SW", set a new world speed record of 1,004.5 km/h (624.2 mph), piloted by Heini Dittmar.

During testing, the jettisonable main landing gear arrangement was a serious problem. The landing gear caused many aircraft to be damaged at takeoff, when the wheels rebounded and crashed into the aircraft. Malfunctioning hydraulic dampers in the skid could cause back injuries to the pilot when landing, as the aircraft lacked steering or braking control during landing, and was unable to avoid obstacles. Once on the ground, the aircraft had to be retrieved by a Scheuch-Schlepper converted small agricultural vehicle, towing a special retrieval trailer that rolled on a pair of short continuous-track setups (one per side), with twin trailing lifting arms, that lifted the stationary aircraft off the ground, from under each wing. The three-wheeled Scheuch-Schlepper tractor used for the task was originally meant for farm use, but such a vehicle with a specialized trailer was required as the Komet was unpowered and lacked main wheels at this point.

During flight testing, the superior gliding capability of the Komet proved detrimental to safe landing. The aircraft would rise back into the air with the slightest updraft. Since the approach was unpowered, there was no opportunity to make another landing pass. For production models, a set of landing flaps allowed somewhat more-controlled landings. This issue remained a problem throughout the program.

Nevertheless, the overall performance was tremendous, and plans were made to put Me 163 squadrons all over Germany in 40-kilometre rings (25 mi). Development of an operational version was given the highest priority. 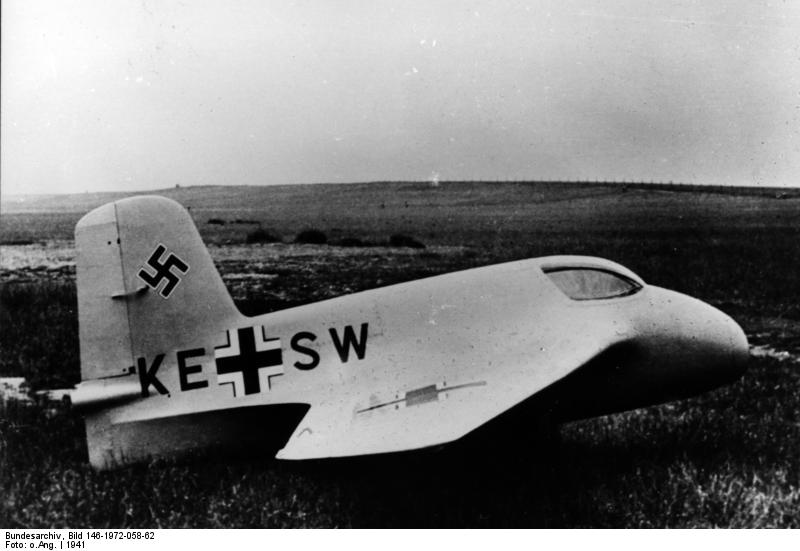 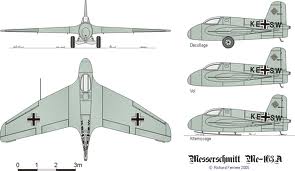 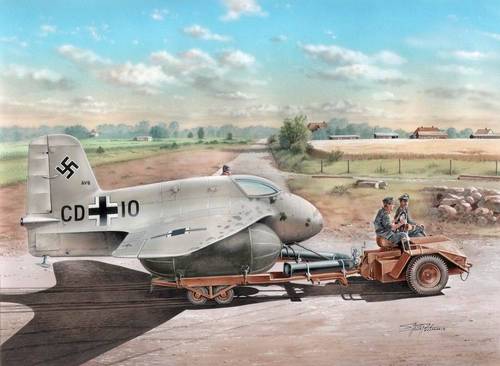 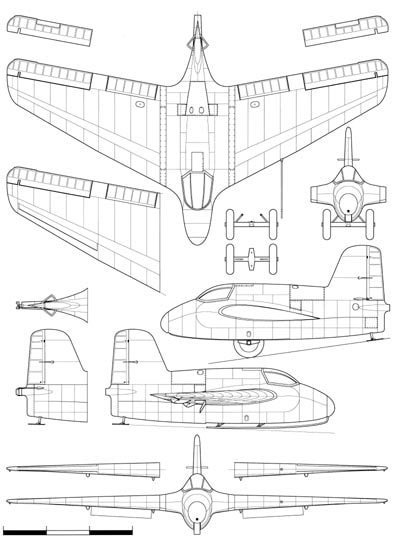 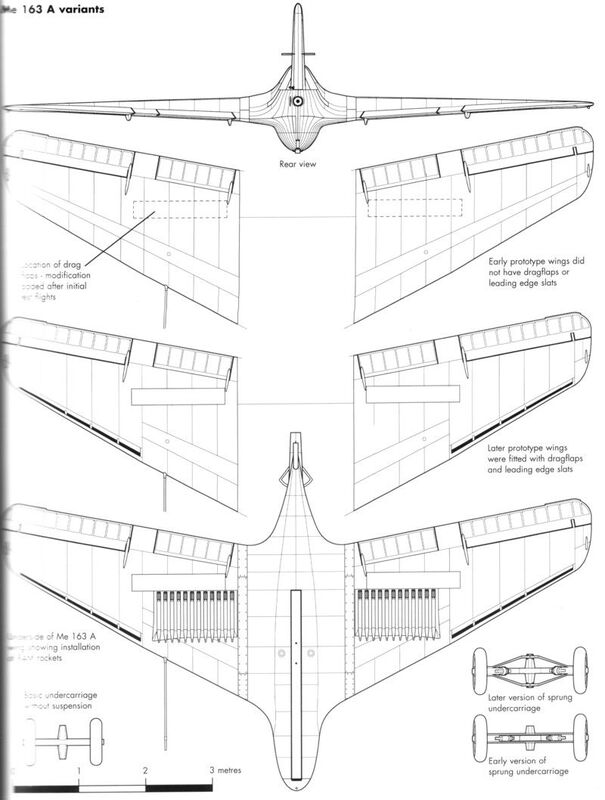 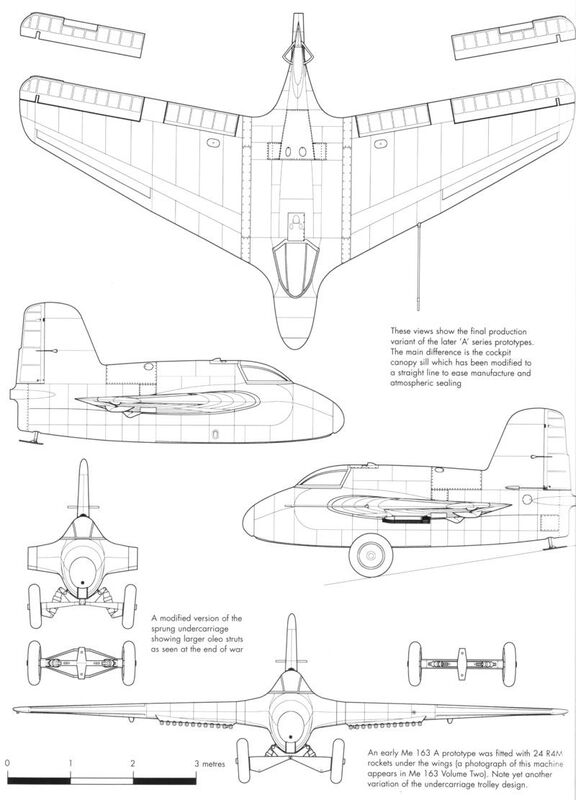 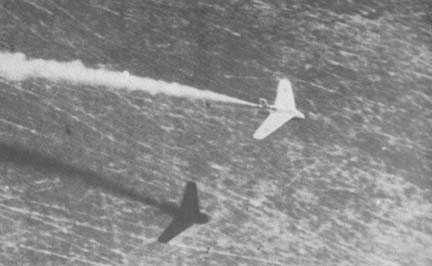 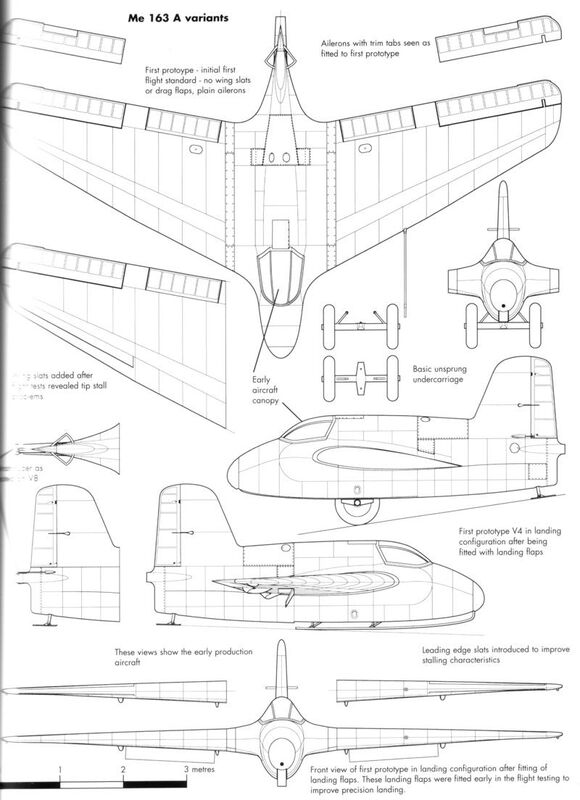 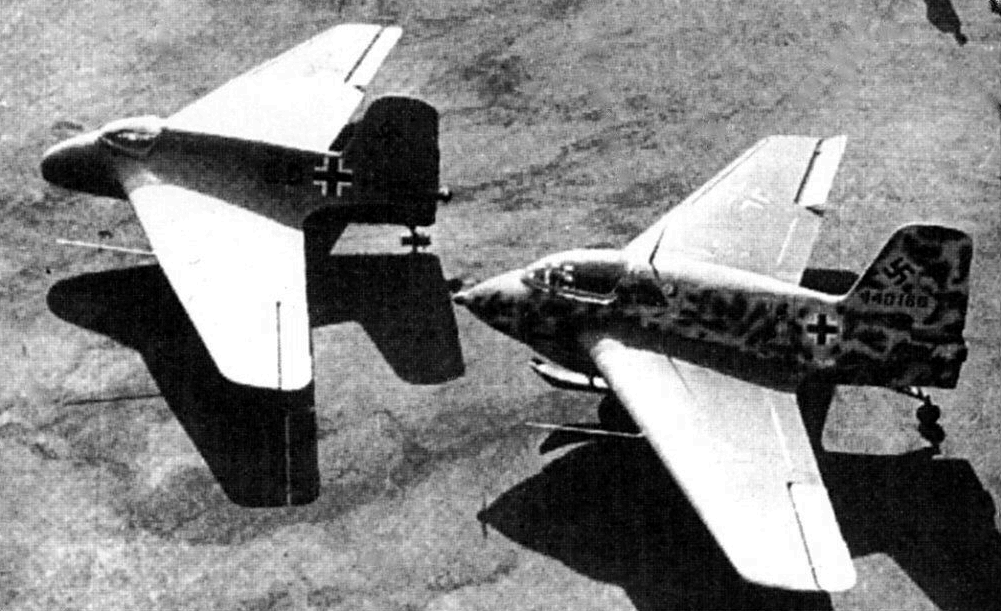