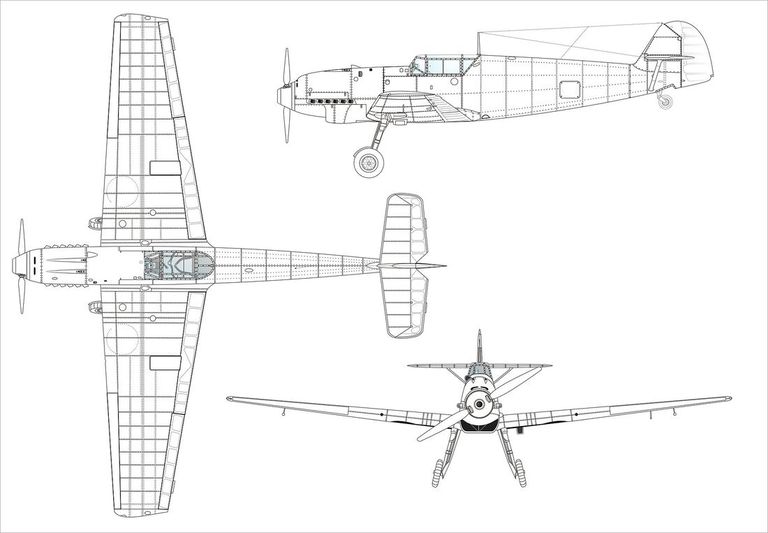 C-0 were pre-production aircraft
C-1 was the production version
C-2 was an experimental version with an engine-mounted machine gun.
C-3 was planned with 20 mm MG FF cannons replacing the two MG 17s in the wings, but it is not known how many C-3 (if any) were built or converted.
C-4 was planned to have an engine-mounted Motorkanone MG FF, but the variant was not produced.

A total of 58 Bf 109C of all versions were built by Messerschmitt.

The next model, the V10 prototype, was identical to the V8, except for its Jumo 210G engine. The V10, V11, V12 and V13 prototypes were built using Bf 109B airframes, and tested the DB 600A engine with the hope of increasing the performance of the aircraft. The DB 600A was dropped as the improved DB601A with direct fuel injection was soon to become available.