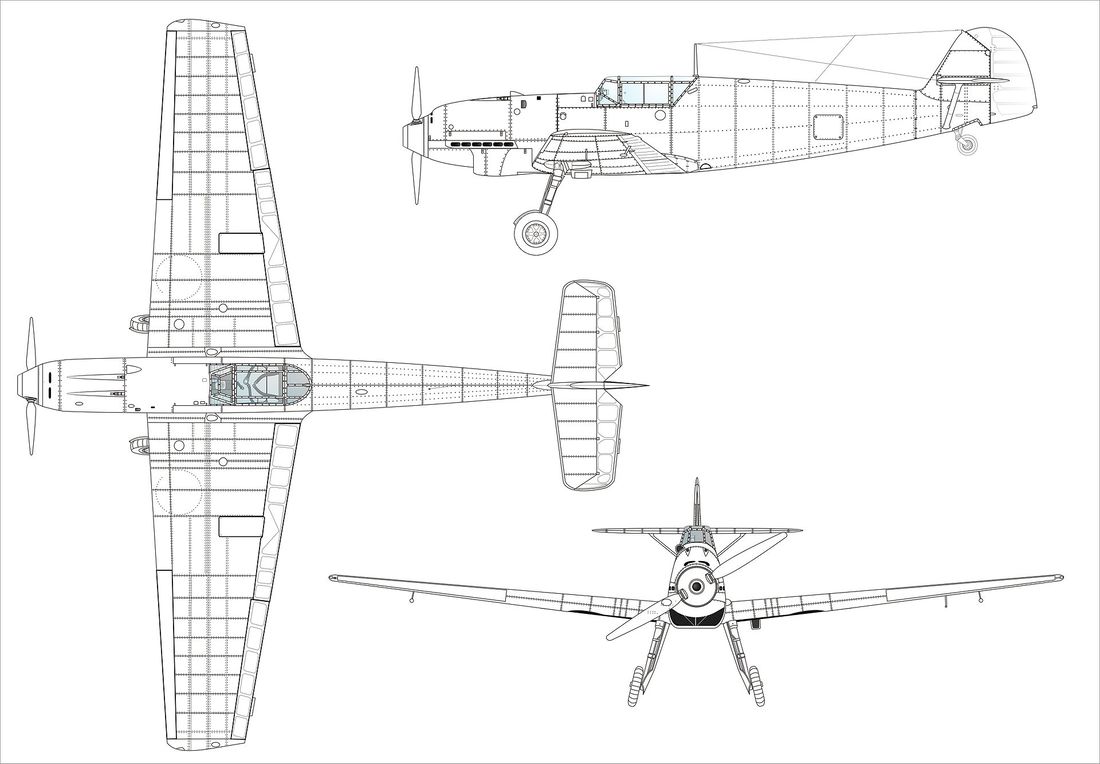 The first Bf 109 in serial production, the Bf 109 B-1, was fitted with the 670 PS (661 hp, 493 kW) Jumo 210D engine driving a two-bladed fixed-pitch propeller. During the production run a variable pitch propeller was introduced and often retrofitted to older aircraft; these were then unofficially known as B-2s. The Bf 109B saw combat with the Legion Condor during the Spanish Civil War, although it was apparent that the armament was still inadequate. Several aircraft were produced with an engine-mounted machine gun but it was very unreliable, most likely because of engine vibrations and overheating.

​Thus the Bf 109 V8 was constructed to test the fitting of two more machine guns in the wings; however, results showed that the wing needed strengthening. In the following V9 prototype both wing guns were replaced by 20 mm MG FF cannons.