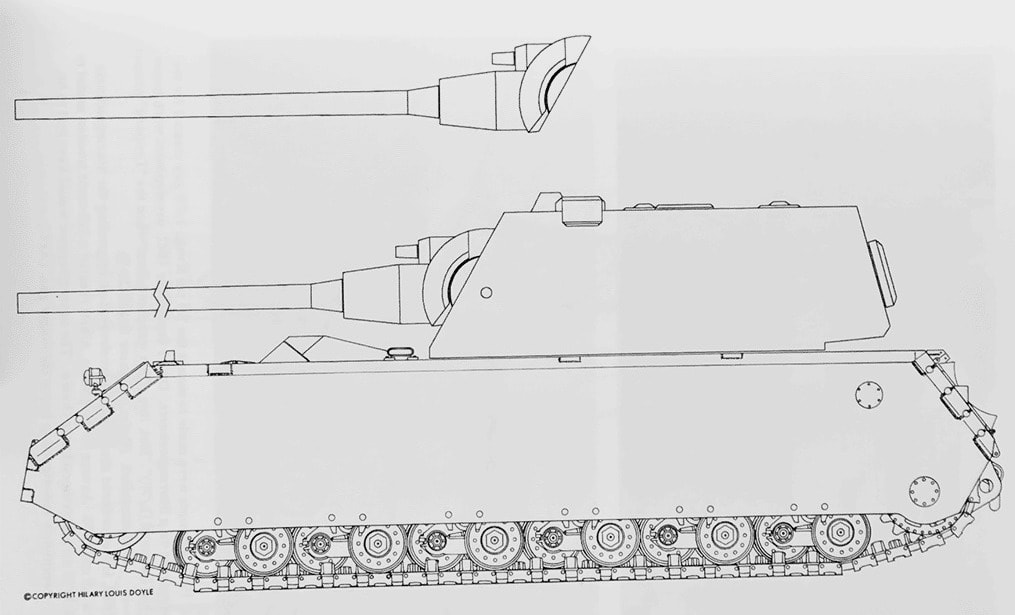 Maus II - as the name suggests - was the followup on the Panzerkampfwagen VIII "Maus". The development took place mainly in 1943, with 1944 being the trial year for the two manufactured Maus prototypes.

In March 1944, as Ferdinand Porsche was trying to get the Maus production on track (it didn't have a high  priority and there were numerous delays at the Krupp facilities. Krupp designed an improved turret to the original Maus designated "Maus II Turm" (Maus II turret). It was to be armed with the 128mm KwK (presumably KwK 44 L/55) and the 75mm L/24 gun above the main gun with a breech redesign. This turret required a larger turret ring, which was discussed between Krupp and WaPrüf 6 in April 1944. Other changes included an improved ventilation system, cartridge fume extractor and a different (slightly narrower) rangefinder. Krupp also proposed the frontal turret armor to be sloped instead of rounded.

In May 1944, Krupp was asked to make a mockup and in August, in the last mention of Maus II project, Krupp representatives stated they are working on a mock-up, based on the existing Maus I turret model.