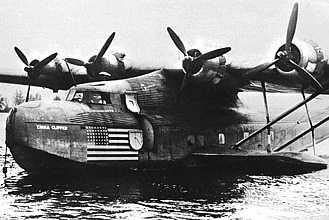 In early 1930s, Pan Am requested a long range flying boat. Martin's Model-130 was successful. In 1934, three M-130 were built as Martin Ocean Transports, but  all were referred to as the China Clipper even though they were named the Chia Clipper, the Hawaiian Clipper and the Philippine Clipper.. On November 1935, the China Clipper flew the first trans-Pacific airmail route. Their range and capacity made them prime candidates to fulfill the over ocean transport needs of the military during World War II.


Beginning in 1942, the two remaining planes were pressed into transport roles for the United States Navy. They were not given a Naval designation and maintained their "civilian" status so that they could continue to fly into neutral ports on secret missions for Allied spies and techicians. Their most special mission was to fly out of Africa with shipments  of uranium needed for the  "Manhattan Project". The Philippine Clipper crashed in San Francisco in 1943, and the final China Clipper broke up and sank in Trinidad Tobago in 1945. 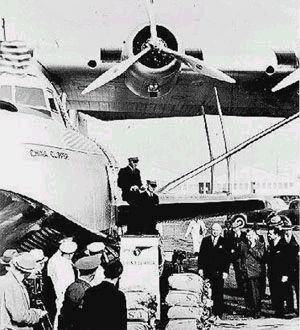 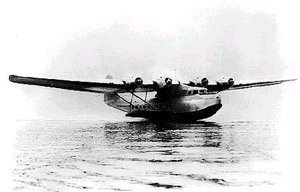 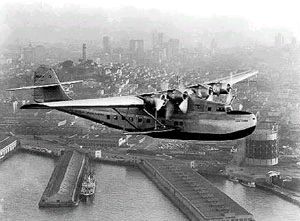 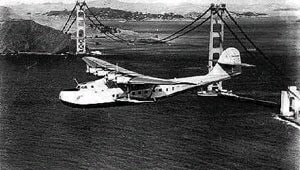 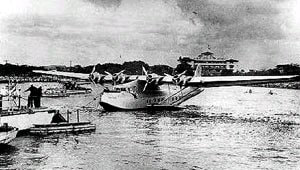 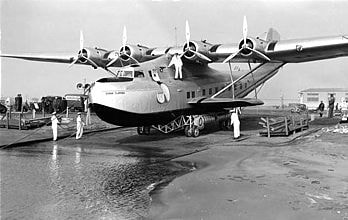 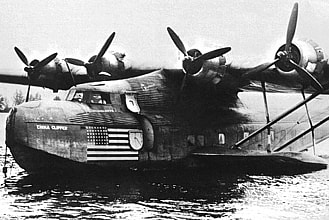