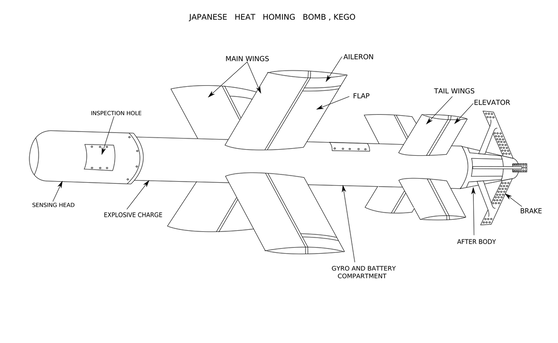 Ke-Go was one of the first guided weapons, deployed by the Yokosuka Naval Air Technical Arsenal.
​
Testing three models of the first bombs were made in early 1945. The bombs were dropped on the heat target 10 × 30 meters (the fire burning on the raft). The results were not satisfactory, despite the fact that the homing head worked quite satisfactorily. Only 5 or 6 out of 50 bombs dropped hit the target. Based on these results, the fleet created two new models with improved guidance, but by the time the bombs were ready for testing, the war ended.