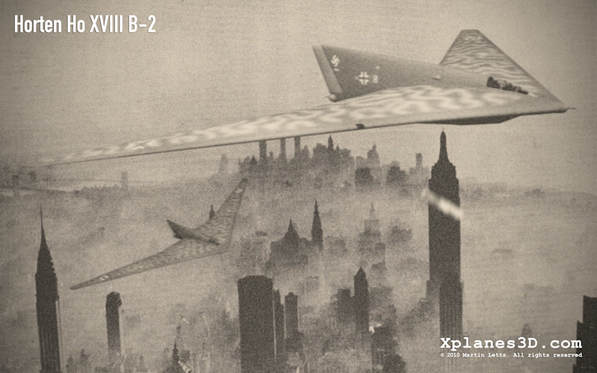 The B model of the H.XVIIIB was generally the same as the A model, except the four (down from six) engines and four-wheel retractable landing gear were now housed in underwing pods, and the three-man crew housed under a bubble canopy. The aircraft was to be built in huge concrete hangars and operate off long runways with construction due to start in autumn 1945, but the end of the war came with no progress made. Armament was considered unnecessary due to the expected high performance.

In the Autumn of 1944 The RLM issued a requirement for a bomber capable of reaching the east cost of the USA and deliver a 4-ton bomb-load or 'special' weapon without refuelling. The Horten brothers(among others) submitted their  Amerika Bomber scheme in various configurations of power-plant and wing arrangement (this initial design was a much more elegant flying wing).

On 23rd March 1945 and after much debate the contract was finally awarded to the Hortens. Junkers and Messerschmitt were to control production and had their own ideas about the aircraft. Modifications were suggested (such as the large tail-fin) some of which which were reluctantly agreed to by the Hortens. The aircraft was to be constructed of 'salvage'' materials such as tubular steel and plywood. Powered by 6 x Junkers Jumo 109-004H turbojets and armed with remote guns in the nose and tail. It is reported that construction commenced on 1st April 1945 in the underground workshops in Thinguria, central Germany.
Span 42m (137' 9") Length 19m (62' 4") Maximum Speed 852 kph (530 mph) Range 11,000km (6,835 miles) Bomb Load 4,000 kg (8820 lb). 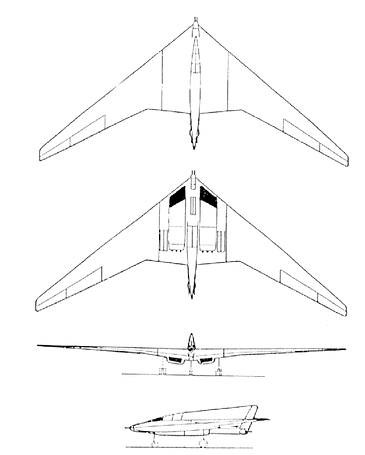 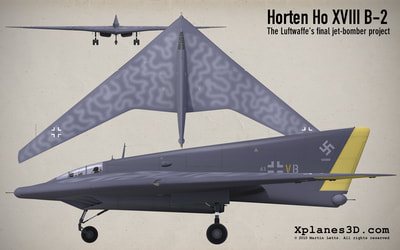 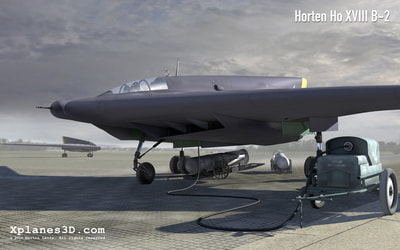 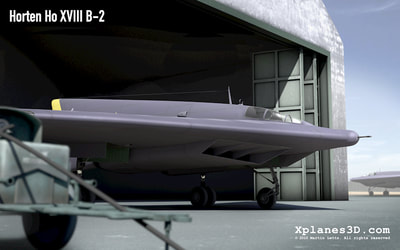 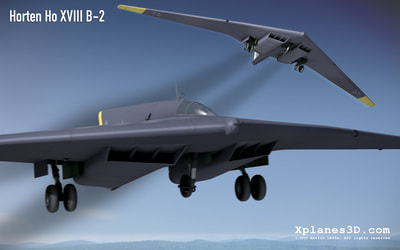 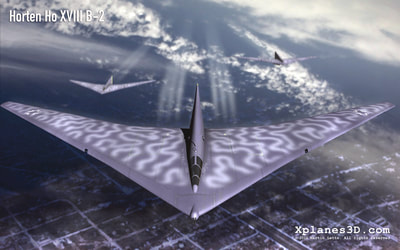 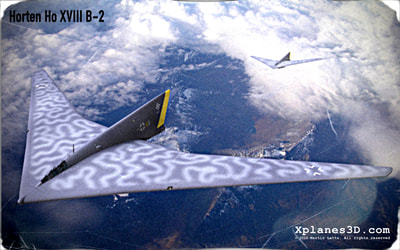 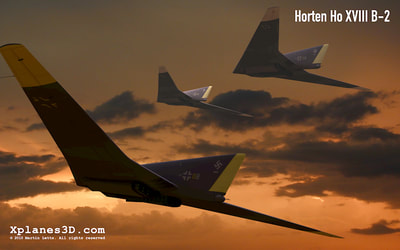 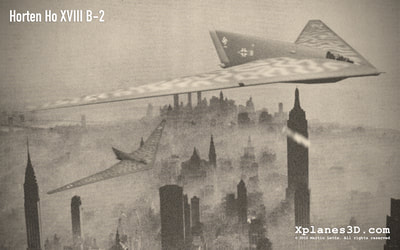