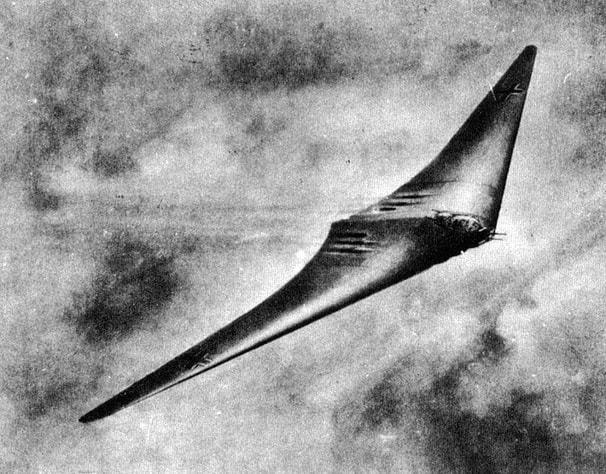 The A model of the H.XVIII was a long, smooth blended wing. Its six jet engines were buried deep in the wing and the exhausts centered on the trailing end. Resembling the Horten Ho 229 flying wing fighter there were many odd features that distinguished this aircraft; the jettisonable landing gear and the wing made of wood and carbon based glue, are but two. The aircraft was first proposed for the Amerika Bomber project and was personally reviewed by Hermann Göring. After review, the Horten brothers (with deep dissatisfaction) were forced to share design and construction of the aircraft with Junkers and Messerschmitt engineers, who wanted to add a single rudder fin as well as suggesting underwing pods to house the engines and landing gear.

In 1944 the RLM issued a requirement for an aircraft with a range of 11000 km (6835 miles) and a bomb load of 4000 kg (8818 lbs). This bomber was to be able to fly from Germany to New York City and back without refueling. Five of Germany's top aircraft companies had submitted designs, but none of them met the range requirements for this Amerika Bomber. Their proposals were redesigned and resubmitted at the second competition, but nothing had changed. The Hortens were not invited to submit a proposal because it was thought that they were only interested in fighter aircraft.

After the Hortens learned of these design failures, they the went about designing the XVIII A Amerika Bomber. During the Christmas 1944 holidays, Reimar and Walter Horten worked on the design specifications for their all-wing bomber. They drew up a rough draft and worked on weight calculations, allowing for fuel, crew, armaments, landing gear and bomb load. Ten variations were eventually worked out, each using a different number of existing turbojets. Several of the designs were to be powered by four or six Heinkel-Hirth He S 011jet engines, and several of the others were designed around eight BMW 003A or eight Junkers Jumo 004B turbojets.

The version that the Hortens thought would work best would utilize six Jumo 004B turbojets, which were buried in the fuselage and exausted over the rear of the aircraft. They were fed by air intakes located in the wing's leading edge. To save weight they thought of using a landing gear that could be jettisoned immediately after takeoff (with the additional help of rocket boosters) and landing on some kind of skid. The Ho XVIII A was to be built mainly of wood and held together with a special carbon based glue. As a result, the huge flying wing should go largely undetected by radar.

The Hortens were told to make a presentation for their Amerika Bomber design on Febuary 25, 1945 in Berlin. The meeting was attended by representatives of the five aircraft companies who originally submitted ideas for the competition. No one challenged their assertion that their flying wing bomber could get the job done. A few days later the Hortens were told to report to Reichsmarshall Göring, who wanted to talk to the brothers personally about their proposed Amerika Bomber. There they were told that they were to work with the Junkers company in building the aircraft.

Several days later Reimar and Walter Horten met with the Junkers engineers, who had also invited some Messerschmitt engineers. The Junkers and Messerschmitt engineers were unwilling to go with the design that the Hortens presented several days earlier. Instead, the committee wanted to place a huge vertical fin and rudder to the rear of the Ho XVIII A. Reimar Horten was angry, as this would add many more man-hours, plus it would create drag and thus reduce the range. The committee also wanted to place the engines beneath the wing, which would create additional drag and reduce the range even further. After two days of discussion, they chose a design that had huge vertical fins, with the cockpit built into the fin's leading edge. Six Jumo 004A jet engines were slung under the wing, three to a nacelle on each side. The bomb bay would be located between the two nacelles, and the tricycle landing gear would also be stored in the same area. The committee would present the final design to the RML and recommended that it be built in the former mining tunnels in the Harz Mountains. Reimar was unhappy with the final design, so he went about redesigning the aircraft, to be known as the Ho XVIII B. 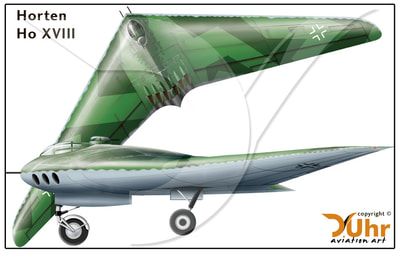 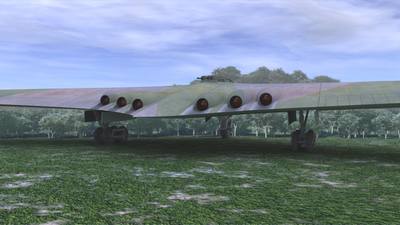 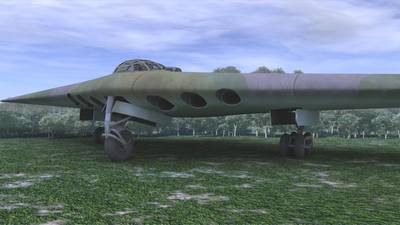 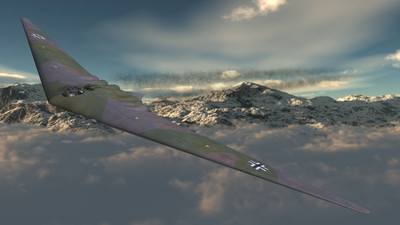 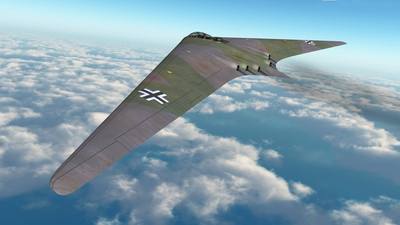 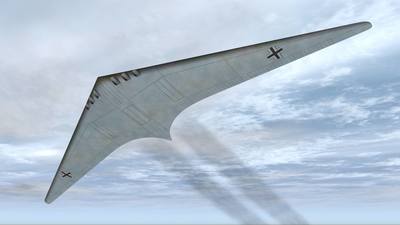 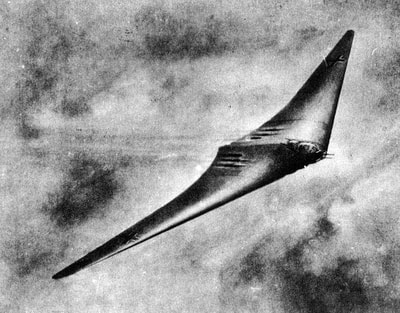 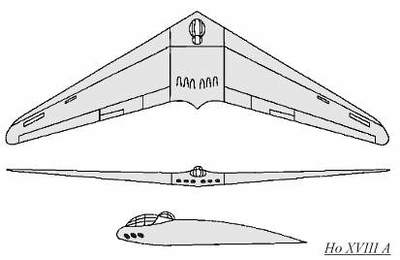 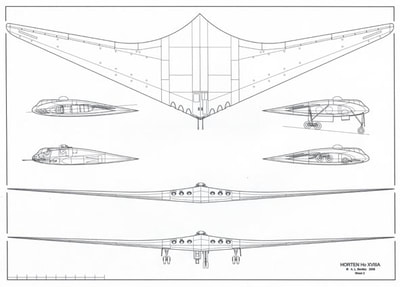