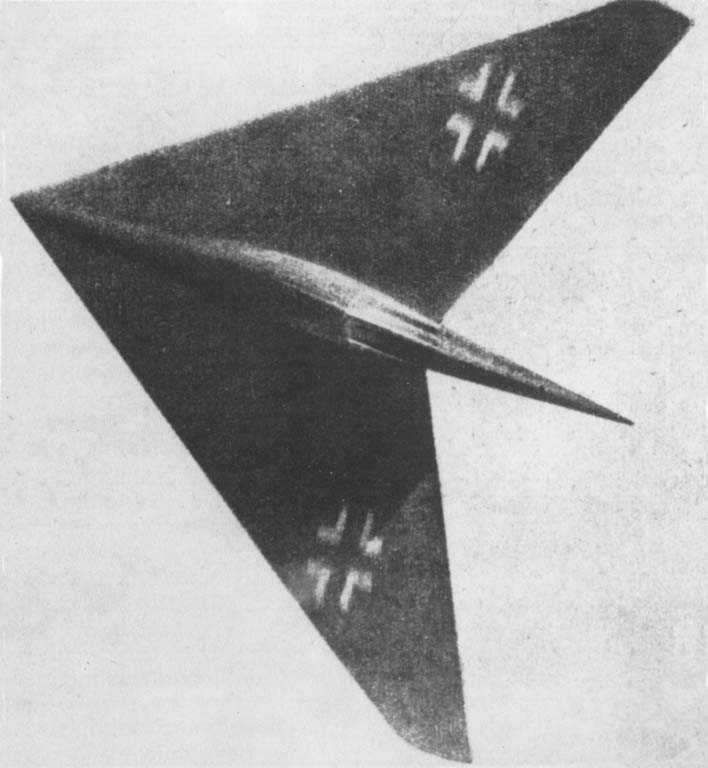 The Horten Ho XIII B supersonic flying wing fighter was developed from the Ho XIII A glider, which had 60 degree swept-back wings and an underslung nacelle for the pilot. The XIII B was to be powered by a single BMW 003R turbojet/rocket engine. The cockpit was located in the base of a large, sharply swept vertical fin. Like the research XIII A glider, the XIII B also had swept back wings at a 60 degree angle. Projected armament were two MG 213 20mm cannon, and the Ho XIII B was projected to be flying by mid-1946.
​ 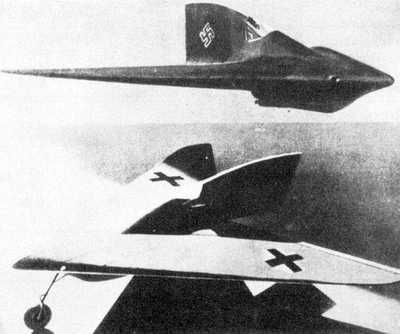 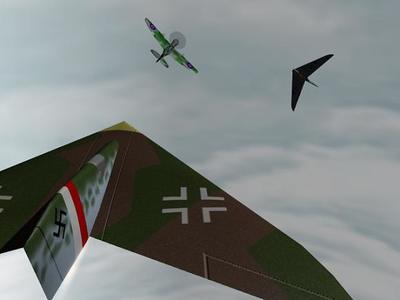 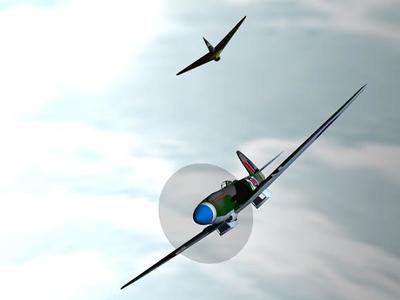 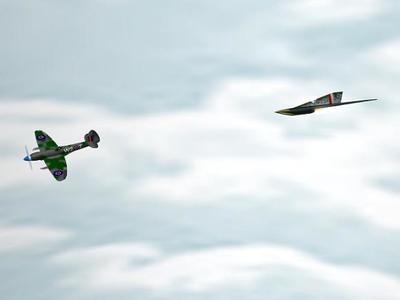 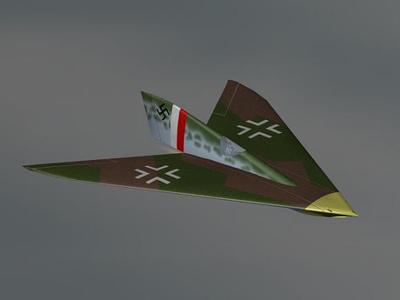 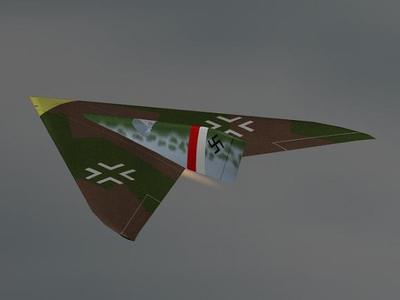 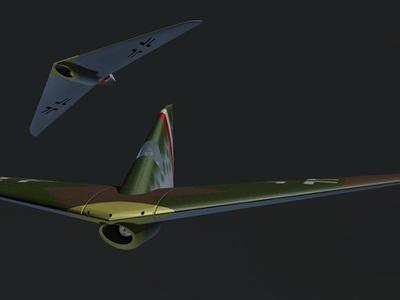 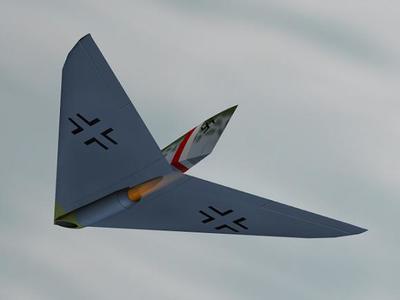 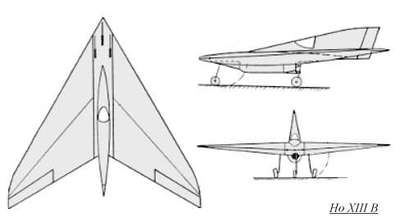