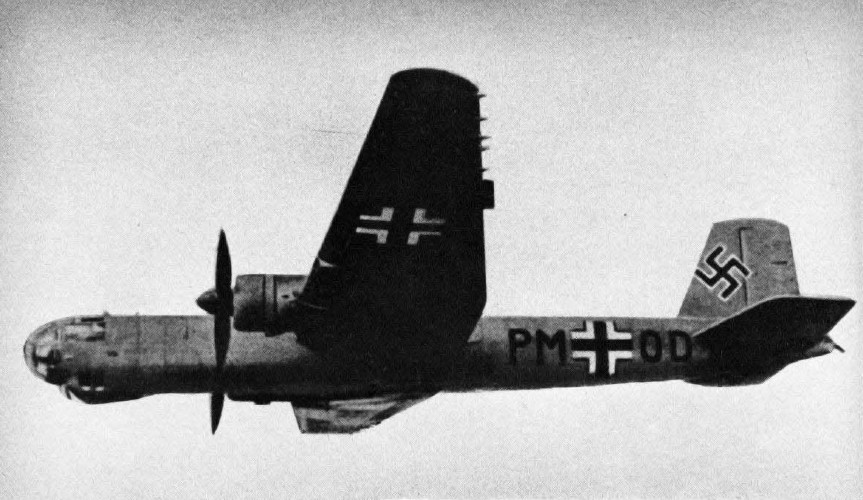 The fifth prototype He 177 with Stammkennzeichen code "PM+OD" and early cockpit design used on the first eight prototypes.
On 17 November 1938, before the construction of the He 177 V3 and V4 prototype airframes had even been started, Ernst Heinkel had personally asked the RLM to set aside the V3 and V4 airframes for a trial installation of four separate Junkers Jumo 211 powerplants to overcome the concerns that the RLM Technischen-Amt technical department's director Ernst Udet and Heinkel had expressed about the RLM's dive-bombing priority for the He 177A, but was turned down for the trial fitment.

The He 177 V5 incorporated a number of changes which were principally concerned with defensive armament installations. Early in 1941, during a simulated low-level attack, both DB 606 engines burst into flames, and the V5 hit the ground and exploded.