A little-known operation took place behind enemy lines in occupied Europe. Code-named the "Alsos" Mission, these intelligence-gathering operations of the Manhattan Engineering District moved with the advancing Allies to learn firsthand how close Germany was to developing its own atomic weapon. Under the command of General Leslie Groves, these operations succeeded in capturing most of the key German scientists, stores of uranium ore and other nuclear raw materials, and thousands of research documents regarding the development of atomic energy.

The objectives of the first Alsos mission in Italy was to obtain advance information regarding scientific developments in enemy research and development and to secure all important persons, laboratories, and scientific information immediately upon their becoming available. The Italian Mission was first assembled in Algiers on December 14, 1943. In addition to Lt. Col. Boris Pash, there was an executive officer, four interpreters, four CIC agents and four scientists: Maj. William Allis, Lt. Cdr. Bruce S. Old, Dr. James B. Fisk (OSRD) and Dr. John R. Johnson (also from the OSRD). Maj. Robert Furman and Morris "Moe" Berg were also included in this mission.

Intelligence officials were able to make contact with two Italian scientists, Edoardo Amaldi and Gian Carlo Wick. Both scientists admitted that they had not done any atomic research for the Germans or anyone else, and suspected that even if the Germans were working on an atomic bomb it would have taken them at least a decade to complete it. Though the mission was unable to obtain any conclusive information about Germany's experimentation with atomic energy, several other scientific-type discoveries were of significant use to the Allies.

By the summer of 1944, the Alsos contingents had grown to seven operations officers and thirty-three scientists, most of whom were commissioned officers. On August 9, 1944, advance elements of the Alsos mission landed in occupied France and entered the city of Rennes. Later in the month, Col. Pash, Captain Calvert and two other counterintelligence agents joined the leading units of the Twelfth Army as it advanced toward Paris. In fact, Pash's Jeep was the second vehicle to enter Paris.

One of the primary objectives of the Alsos II mission was the College of France in Paris where Frederic Joliot-Curie had his laboratory. Although Joliot willingly assisted his interrogators, many felt that he couldn't be trusted entirely. However, Juliot did confirm that it was his belief that the German's had "made little progress" toward harnessing atomic energy. Perhaps the most important information to come out of the Joliot interviews were the names of several important German scientists who had either visited or temporarily worked at Joliot's laboratory. Those mentioned were Professor Erich Schumann, who once headed German research on uranium; Dr. Kurt Diebner, a nuclear physicist; Professor Walter Bothe, an outstanding German nuclear experimentalist; Dr. Abraham Essau, Dr. Wolfgang Gertner, Dr. Erich Bagge, and Dr. Werner Maurer.

By early fall, Paris was firmly in the hands of the Allies and the Alsos II mission established a headquarters there. From this headquarters several smaller Alsos teams worked with the advancing armies to begin the awesome task of searching for the German scientists, capturing any nuclear related materials such as uranium and heavy water, and locating and deciphering any related scientific documents. The most difficult task would be locating the German scientists and their laboratories, although Calvert's "road map" from the London office helped immensely.

During the latter months of 1944, the Alsos mission advanced toward Germany. However, progress was temporarily halted by the German counter-offensive (Battle of the Bulge) during the late fall and winter of 1944. As a result, Alsos officials used this time to analyze the thousands of pieces of information that had come into their possession. Persistent references to a small German community of Hechingen gave rise to the belief that some type of nuclear research may be centered there. However, the whereabouts of three of the most prominent of the German physicists, Werner Karl Heisenberg, Otto Hahn and Carl von Weizacker, were still unknown.

The Alsos III mission entered Germany on February 24, 1945. By this time, an additional urgency now occupied much of their time: none of Germany's nuclear materials and absolutely none of the German scientists must be allowed to fall into Soviet hands. This new objective became crucial as the Allies advanced toward Berlin. For instance, one key German facility lay square within the planned Soviet zone. There was no way that the American troops could reach the facility first so General Groves made a request to General Marshall to have it destroyed. On March 15th, 612 Flying Fortresses of the 8th Air Force dropped close to 2,000 tons of high explosives on the Auergesellschaft Works in Oranienburg just to the north of Berlin. The plant, and all of its contents, were totally destroyed.

Further intrigue ensued with a little known tactical Alsos mission labeled Operation Harborage. After France fell to the Allies, it was decided to give the French a "zone of occupation" in Germany when the Nazi's finally surrendered. The zone given to the French was originally designated as an American zone. Several suspected nuclear research facilities, including the research center reputed to be in the Hechingen area, was in the planned French zone. Once again, General Groves intervened to ensure that any nuclear research documents or raw material would be secured by the United States. According to Groves, "there could be no question but that American troops must be the first to arrive at this vital installation, for it was of the utmost importance to the United States that we control the entire area that contained the German atomic energy activities...I was forced to initiate some drastic measures to accomplish our purpose."

The strategy behind Operation Harborage was to have a sizable force cut diagonally across in front of the advancing French army and seize the area long enough to capture any German scientists, seize and remove all available records, and destroy any remaining facilities. The operation was initiated in April 1945 and Hechingen was captured on April 24th. Col. Pash seized a large atomic physics laboratory and took into custody several sought-after scientists including Otto Hahn, Carl von Weizacker, and Max von Laue. It was learned that Heisenberg, Gerlach, and a few others had left Hechingen two weeks prior and were possibly in Munich or at Urfeld in the Bavarian Alps. On the 27th, the German scientists were transferred to Heidelberg for further questioning, where information on the whereabouts of German atomic research records were revealed by von Weizacker. They were sealed in a metal drum which was stored in a cesspool in back of von Weizacker's house.

While Operation Harborage was under way, continuing investigations at the Alsos Forward Headquarters at Heidelberg made significant progress. It became apparent that there were two groups in Germany working on the uranium pile, the first under Kurt Diebner at Frankfurt and the second under Werner Heisenberg. On April 12th, Diebner's laboratory was seized in Frankfurt. On May 1, 1945, Gerlach was captured and Diebner was picked up on the 3rd. Simultaneously, an operation led by Pash at Urfeld resulted in the capture of Heisenberg, who was quickly removed along with confiscated records to Heidelberg.

One other major accomplishment of Alsos III was an operation headed up by Lansdale into an area near Stassfurt, Germany. After seizing a salt mine known as the WIFO plant, Lansdale and his men discovered an inventory of close to 1100 tons of uranium ore. This discovery prompted the following memo from General Groves, head of the Manhattan Engineer District, to General George Marshall, Chief of Staff: "In 1940 the German army in Belgium confiscated and removed to Germany about 1200 tons of uranium ore. So long as this material remained hidden under the control of the enemy, we could not be sure but that he might be preparing to use atomic weapons. Yesterday I was notified by cable that personnel of my office had located this material near Stassfurt, Germany, and that it was now being removed to a safe place outside Germany where it would be under the complete control of American and British authorities. The capture of this material, which was the bulk of uranium supplies available in Europe, would seem to remove definitely any possibility of the Germans making any use of an atomic bomb in this war." 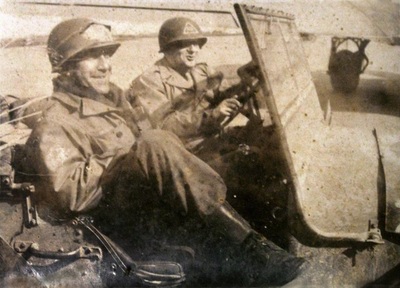 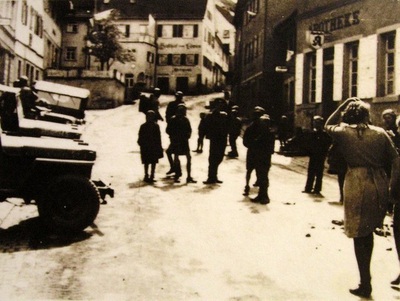 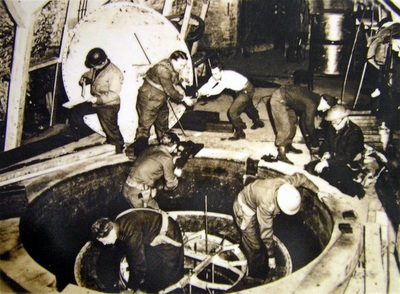 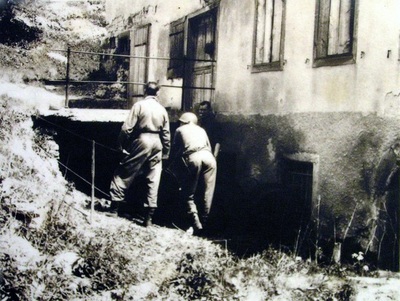 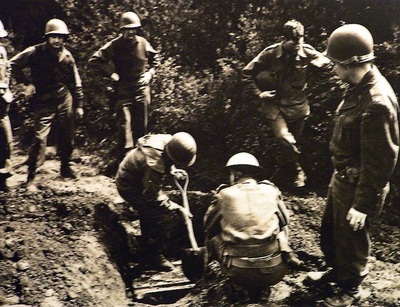