When Germany crossed the Eastern frontier during the Invasion of the Soviet Union on June 21st, 1941, the people of the Baltic regions were quick to take up arms against the fleeing Communist forces. The Soviets had exacted a bloody toll from the Baltics, and the Lithuanians suffered as much as their northern neigbors, Lativa and Estonia. In the face of such brutual treatment, and with the German invasion providing an impetus for revolt, the Baltics erupted as thousands of freedom-fighters rose up to fight off and liberate entire portions of their nations. It is estimated that at least 125,000 Lithuanians rose up to fight the retreating Soviets during the time between the initial German crossing of the eastern frontier and the final evacuation of all Russian troops. At least 4,000 are said to have been killed during this period, and another 10,000 wounded in action. Numerous Lithuanian cities were also liberated even before the Germans arrived, a sign of the fierceness with which the Lithuanians were willing to fight for their homeland.

Lithuania never provided Germany with a National Legion during WWII. It is estimated that as many as 50,000 volunteers eventually served in German sponsered units during 1941-45. Many volunteers were deserters from the Soviet 29th light Infantry Corps - a unit which the Soviets formed enmasse from the entire Lithuanian ground forces after their occupation of the country in 1939.

The other major source of volunteers and conscripts were the numerous ad-hoc units formed as the Soviets were fleeing. These Lithuanian ad-hoc units were disbanded once the German occupation was complete. Select units provided the basis for new self defense formations formed by the Germans for security operations. It is from these origins that the organizational history of Lithuanian units under Axis occupation begins.

The first formal unit to be formed was known as the Lituanische Hunterschaften which was later used as a foundation for a series of self defense units known as Selbschutz-Bataillonen.

The Selbschutz-Bataillonen units were later brought under the control of the German organization of uniformed frontline police, the Ordungspolizie, and renamed as Schutzmannschaft-Bataillonen or Schumas.

The Schuma units were universally renamed and reformed into Polizie-Bataillonen in May of 1943. Nearly all units were formed in battalion-sized units consisting of between 500 and 600 men each. They were primarily assigned to rear-area security duties, but as the Soviets drew nearer to Lithuania, they also saw service fighting the Soviets directly. These Lithuanian units numbered a total of 35 Battalions during WWII, consisting of units numbered 1-15, 251-257, 263-265, and 301-310. 13 of these units, numbers 263-265 and 301-310, were never fully trained and were disbanded before they could be employed in combat. These units were posted variously to Poland, Belorussia, the other Baltic countries, and even as far away as the southern Ukraine.

As the Soviets approached, the Germans took to grouping 3 or 4 Lithuanian Polizie-Bataillonen into regimental-sized units know as Lituanische Freiwilligen-Infanterie-Regimenter. Three such units were formed as the Soviets reached the border and they were sent directly to the front to hold back the Soviet onslaught of late 1944 and early 1945.

The duties of the Lithuanian units was mainly rear-area security and anti-partisan operations, with occasional frontline service.
They served as auxilliaries to the Ordnungspolizei in the occupied areas of the Soviet Union, they often supported of the SD Einsatzkommando's nefarious cleansing operations. The Lithuanian units were often put under control of the RSHA - the Reich Main Security Office, and the HSSPF - the Höhere SS-Polizei Fuhrer of the Ostland regions, and were at times participants in operations against civilians and those deemed bandits in the rear areas of the Eastern Front.

There were also five Lituanische Bau-Bataillonen numbered I-V that were formed during 1943. All five units were attached to German Pioneer units under the control of Armeegruppe Nord. The commanding officers were all Lithuanian. The operations of these units consisted largely of road and railway construction and the building of defensive works. Initially, the units were not armed, but as partisan activity became increasingly heavier they were provided various light weapons to protect and fight against the partisan forces. Interestingly, many members of the Lithuanian construction units were asked to join the Waffen-SS, of which up to 40% eventually did, although no Lithuanian national unit was ever formed under the Waffen-SS, and all volunteers served on an individual basis.

Kompanie-sized units formed of Lithuanian volunteers and conscripts, and individually Lithuanians volunteered for service in various other German units, but these were mainly Lithuanian Volksdeutsche and their histories, due to the individual nature of their service, are impossible to record.

Schutzkorps Litauen, or Lithuanian Territorial Corps.
In January of 1943 the HSSPF in Lithuania, Brigadefuhrer Wysocki, was ordered to raise a Lithuanian Legion for Waffen-SS use, much like that of the Latvians and Estonians already in existance - he failed miserably with very few volunteers coming forward. As a result, Brigadefuhrer Wysocki was replaced by Brigadefuhrer Harm, although the results still did not improve. Thereafter, the Germans threatened to put all able-bodied Lithuanians into labor camps until a compromise was reached. The Lituanians were holding out for an independent formation led by Lithuanian officers and not under the control of the SS. They also requested that the formation only be used internally within Lithuania, and not outside their national borders. The Germans on the other hand wanted the exact opposite, and debate over the issue lasted until February of 1944. It was then that the Germans agreed to all Lithuanian requests. The new formation was known as the

On February 16th, 1944, an appeal went out for volunteers, and over 19,000 came forward! The Germans originally were seeking only 5,000 volunteers, so the response they received was tremendous. Much to the Lithuanians annoyance though, the Germans made plans to use the excess volunteers as replacements for the Wehrmacht. This greatly upset the Lithuanian forces so to avoid further problems it was agreed to use all volunteers and thereby form 13 Polizie-Bataillonen and 1 replacement unit all under the guise of the Schuztkorps. The 14 units were formed in March of 1944 and immediately began training.

Then on March 22nd, 1944, Feldmarschal Model of Armeegruppe Nord made a formal request for the formation of 15 Lithuanian units to be used to guard Luftwaffe airfields. This move once again greatly upset the Lithuanian volunteers. Then to add to matters, on May 6th, 1944, a general mobilization order was issued, and on May 9th the Germans went back on their earlier promises of independance from German military control and all 14 units were placed under Wehrmacht supervision. This caused very wide-spread dissent among the Lithuanian volunteers who refused the new German demands. The Schutzkorps and all its 14 units were therefore formally disbanded in the face of near mutiny. Of the orinial 19,000 men, about 16,000 deserted while another 3,000 were drafted into the service of various Luftwaffe Flak batteries.

Later, during the summer of 1944, as Soviet forces began to reach the regions of Lithuania an emergency formation was formed named the Fatherland Defense Force. This new formation consisted of small groups of retreating armed Lithuanian troops organized into two regiments under the overall command of a German officer. This new formation was employeed in defensive positions near Papiles, Lithuania, where in early October of 1944, it was engaged in very heavy defensive combat with Soviet forces. Crippling losses caused the formation to pull back and a general retreat ensued. The survivors of the formation, about 1,000 men, were later regrouped in East Prussia as a new unit known as the Lithuanian Engineer Battalion. This new formation consisted of 8 companies, and was tasked with working on defensive emplacements along the Baltic Coast. This unit too found itself caught within the path of the Soviet westward advance and was totally destroyed shortly after formation. Only a very few men managed to escape via the Baltic Sea.

Aside from the already mentioned units and formations, there is also evidence that there existed a Lithuanian NSKK unit formed towards the end of WWII, and there were also 1,012 young Lithuanian boys and girls drafted into the service of the Luftwaffe as Flak, signal, transport and searchlight helpers in the last months of the war.

After WWII ended, tens of thousands of Lithuanian forces remained across Lithuania, and they continued to engage in fighting the Soviet occupation forces well into the 1950's. The last of the Lithuanian anti-Soviet partisan forces are thought to have been wiped out around the time of 1955-56. 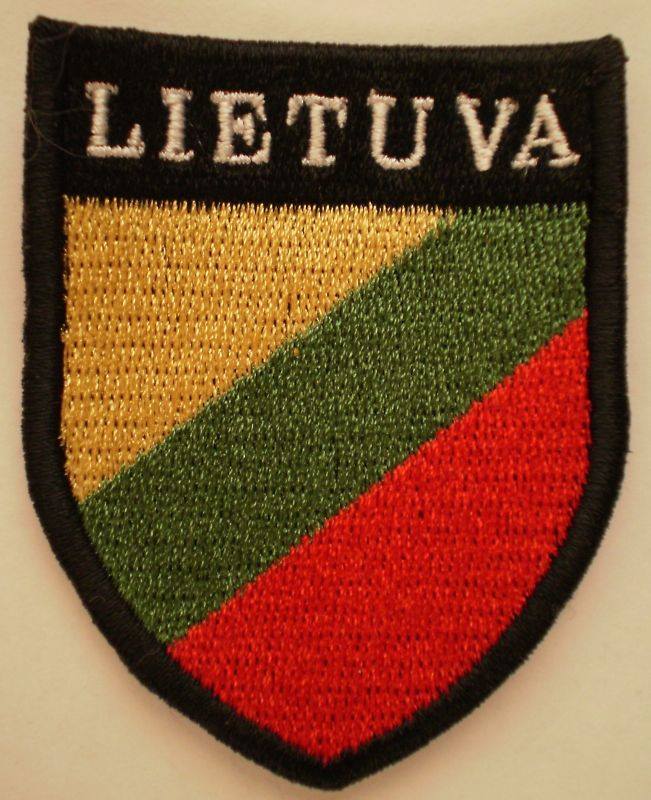 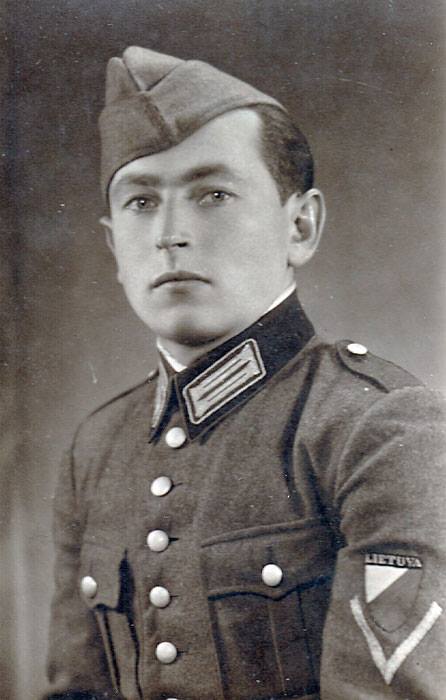 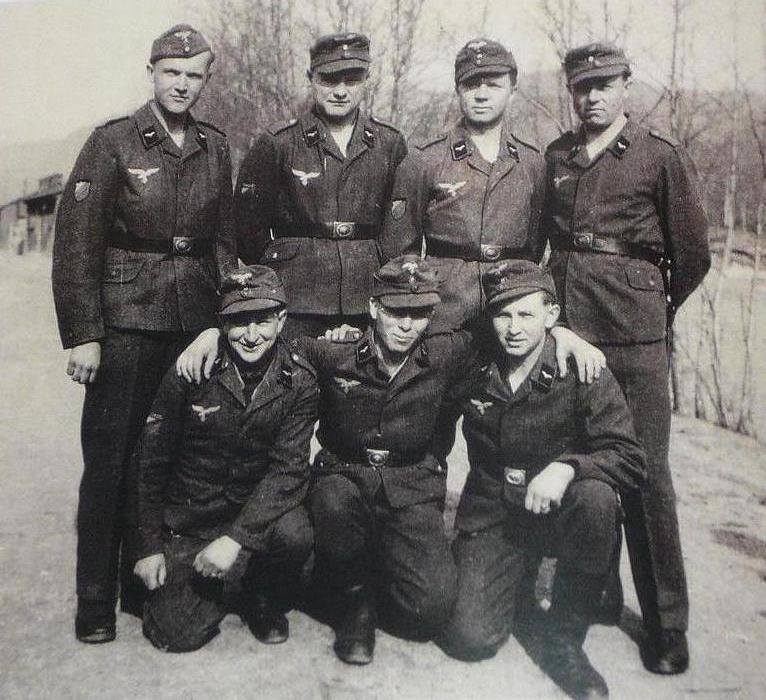