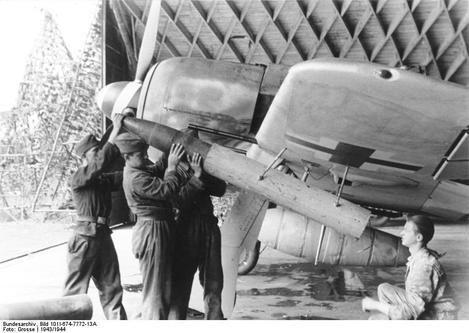 Fw 190A-5 with the under-wing WGr 21rocket-propelled mortar. The weapon was developed from the 21 cm Nebelwerfer 42infantry weapon.
Variants

The A-5 was developed after it was determined that the Fw 190 could easily carry more ordnance. The D-2 engine was moved forward another 15 cm (6 in) as had been tried out earlier on the service test A-3/U1 aircraft, moving the centre of gravity forward to allow more weight to be carried aft.