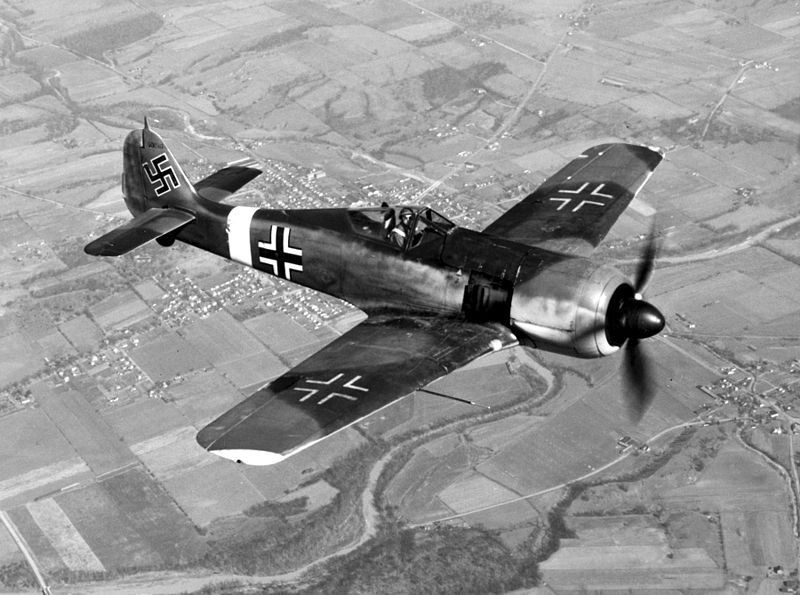 A captured Fw 190A-4. Because the aircraft had been repainted while being tested by the USAAF, the Balkenkreuz and swastika are incorrect in size and proportions.
Variants

Introduced in July 1942, the A-4 was equipped with the same engine and basic armament as the A-3.