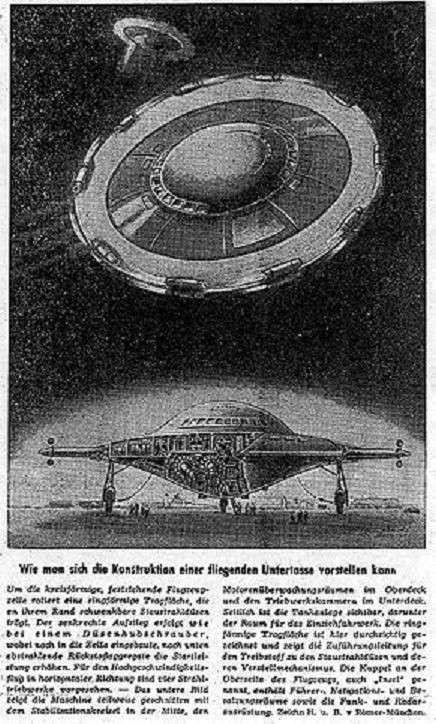 Heinrich Fleissner is the “Father of the Flying Disc” having designed at Peenemünde a strange disc machine known as the “Düsenscheibe” (Nozzle/Jet Disc) that took to the air shortly before Germany capitulated, on April 24, 1945 from Berlin-Lichtenfeld. The strange disc was on an official Luftwaffe mission.

The Düsenscheibe was a huge machine with a central non-rotating dome structure surrounded by a large jet rotor fed by radial fuel tanks contained in the central body. The number of jets (Jumo 004s perhaps) is a staggering twenty around the rotor. In addition to those jets, other propulsion systems are buried in the disc body below the disc rotor.