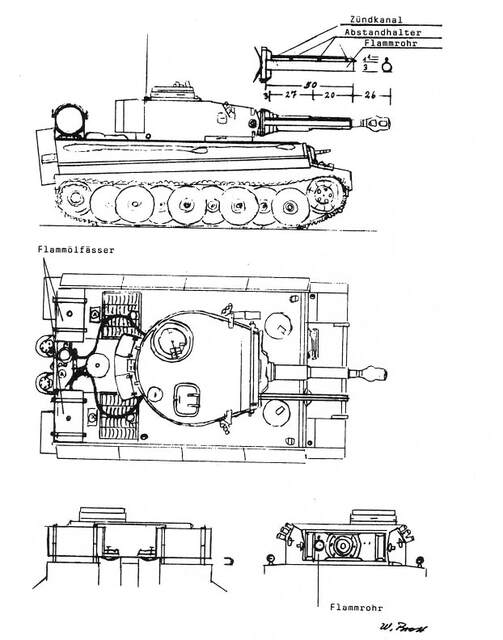 Three of these vehicles were used in combat by a W-SS unit from Dec.1944 to January/February 1945 in the northern parts of the Eastern front, in the area of Graudenz/Schneidemühl, Poland. The conversion was not done by the field repair units and based on the Tiger I vehicle.

-the oil pipe with ignition was placed on the mantlet (in the right MG opening).

-200 liter oil drums were placed on the rearmost ventilation grills (left and right) and hold with metalbands by bolts.

-no trays to collect spilled oil

-oil hoses simply connected to the oil drums and laying lose on the engine deck.

-oil hoses directed to holes left and right underneath the turret container,.

-oildrums are secured in a simple manner with bolts in the metalbandholders (the oil drums are loaded from a truck and rolled into the holders). 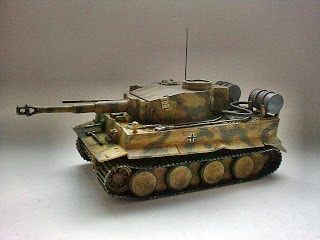 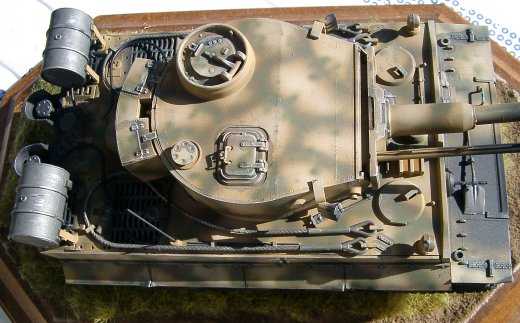 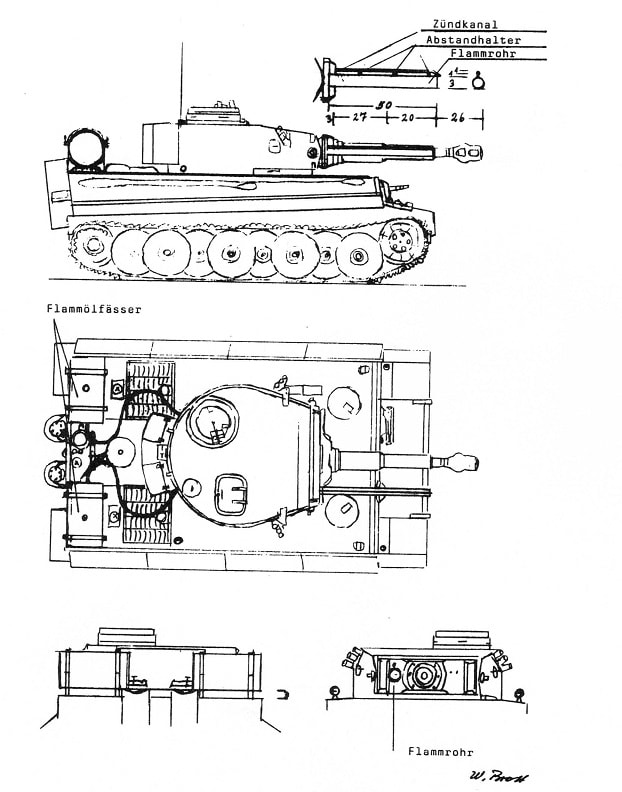 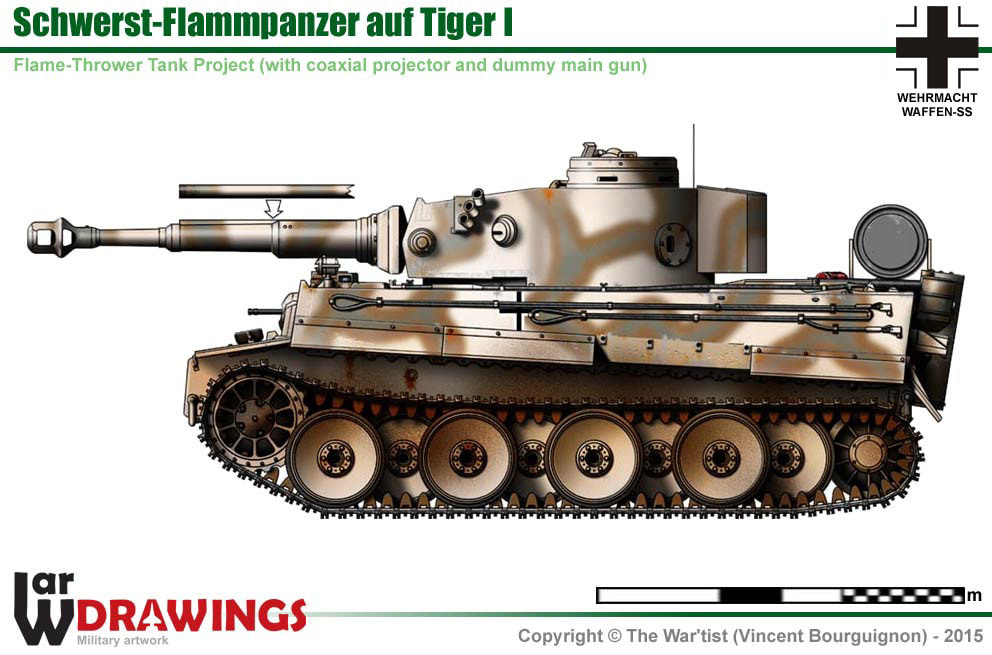