The F55 "Feuerlilie", which was designed for supersonic speeds, was a tailless design, with the wings also mounted in a mid-fuselage position, and moved to the extreme rear of the missile. Small fins were located on the wing tips. The power was to be supplied by a liquid-propellant rocket  motor which was to use R-Stoff and S-Stoff to produce a thrust of 6350 kg (13970 lbs) for seven seconds. This rocket engine was designed by Dr. Conrad of the DVK, who also designed the rocket motors for the Enzian and Rheintochter). The first tests of the F55 "Feuerlilie" were made in May 1944 near Pomerania , using four of the solid propellant fuelled Rheinmetall 109-505 rocket engines. These tests were sucessful, reaching speeds of Mach 1.25. The second test, which used Dr. Conrad's liquid fuelled rocket engine, was not sucessful and a third test shot slated for a November 1944 firing at Peenemünde was never fired.
​ 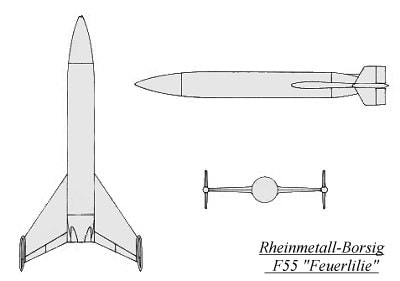 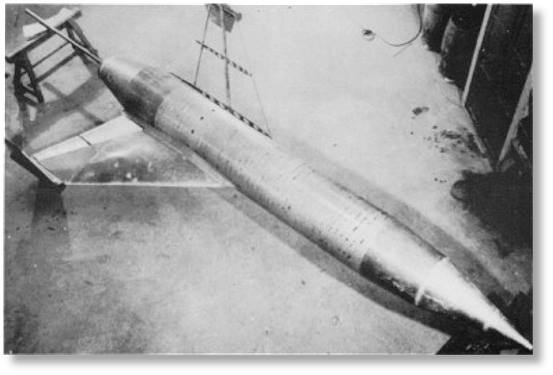 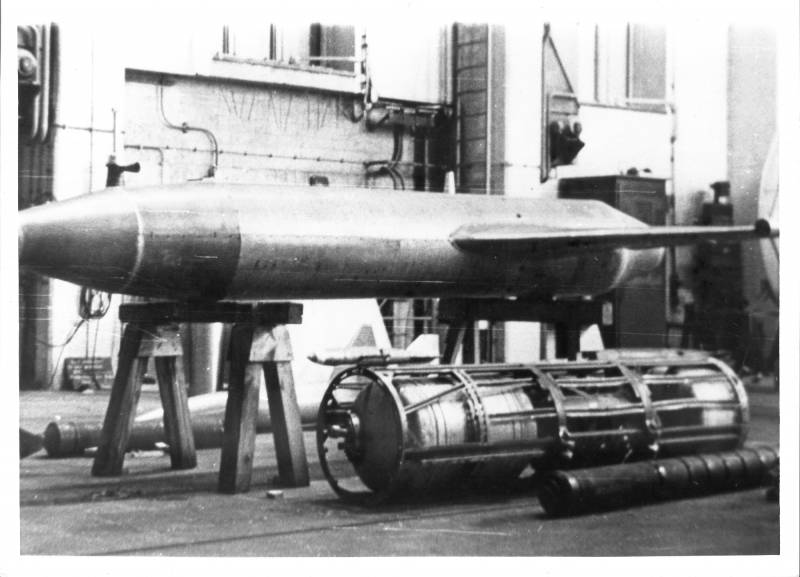 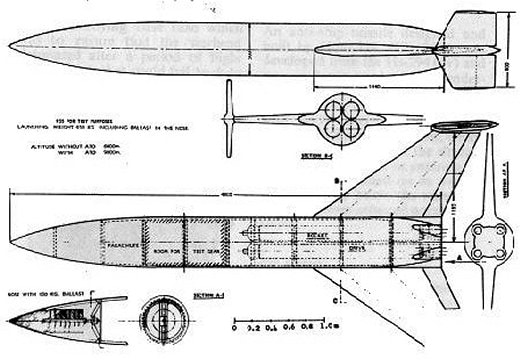 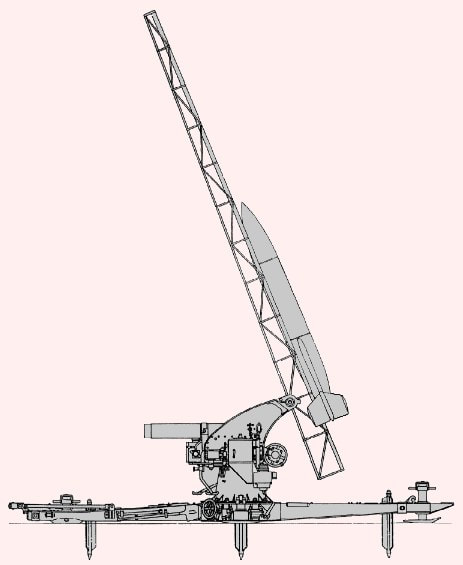 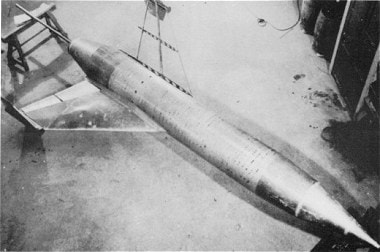 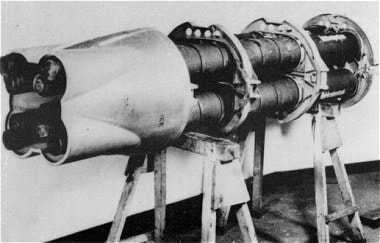 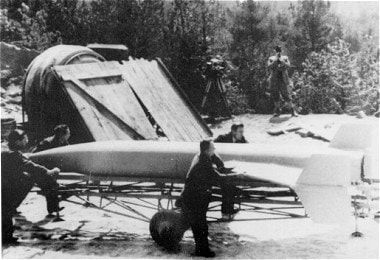 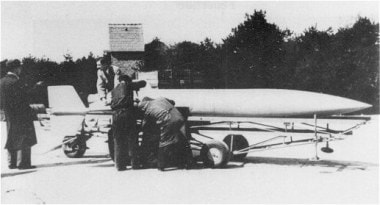 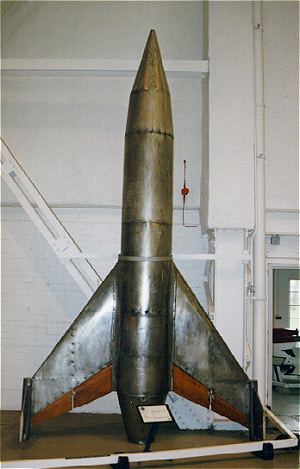 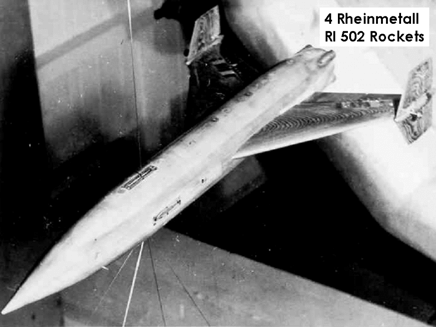 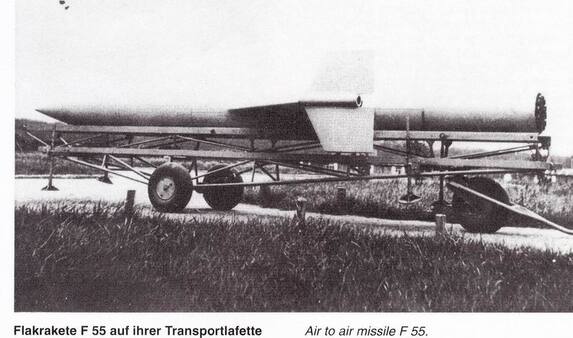