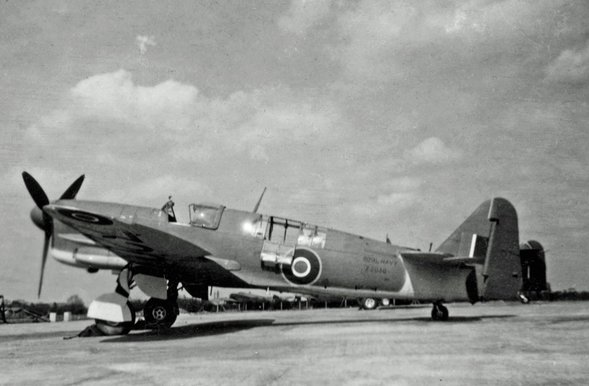 ​Firefly I / FR.I
Two variants of the Mk I Firefly were built; 429 "fighter" "Firefly F Mk I"s, built by Fairey and General Aircraft Ltd, and 376 "fighter/reconnaissance" Firefly "FR Mk I"s (which were fitted with the ASH detection radar). The last 334 Mk Is built were upgraded with the 1,765 hp (1,316 kW) Griffon XII engine.

Firefly NF.Mk II
Only 37 Mk II Fireflies were built, all of which were night fighter Firefly NF Mk IIs. They had a slightly longer fuselage than the Mk I and had modifications to house their airborne interception (AI) radar.

Firefly NF.Mk I
The NF.II was superseded by the Firefly NF Mk I "night fighter" variant.

Firefly T.Mk 3
Used for Anti-submarine warfare training of observers. Postwar conversion of the Firefly Mk I.

Firefly TT.Mk I
Postwar, a small number of Firefly Mk Is were converted into target tug aircraft.

Firefly FR.Mk 4
Fighter-reconnaissance version based on the Firefly Mk IV.

Firefly RF.Mk 5
Reconnaissance fighter version based on the Firefly Mk 5.

Firefly U.Mk 9
The Firefly U.Mk 9 was a target drone aircraft; 40 existing Firefly Mk AS.4 and AS.5 aircraft were converted to this role.