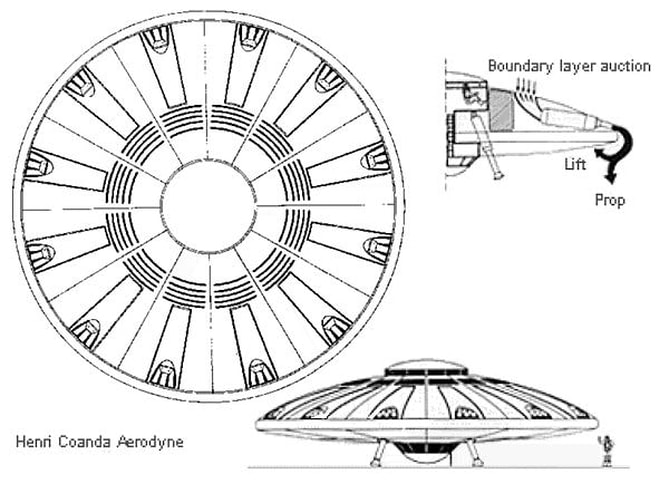 ​Coanda noticed that the flames from the engine exhausts went around the protective plates and converged again on the fuselage. This led to Coanda's famous physical phenomenon discovery that when a liquid moves at high speed near a curved surface, it adapts itself to that curvature. This also applies to air, but the flow speed must be much higher for effectiveness. It is a "suction" effect. Thus, the "Coanda Effect" was discovered and Coanda himself quickly experimented with it before filing for three new propulsion patents in 1938.

Patent No. 2,108,652 dated February 15, 1938 concerned airflow acceleration over the periphery of a concave disc. Despite this remarkable idea, no official interest came of it until the German occupation of Paris in 1940. The SS immediately brought Coanda in and put him to work on designing a large disc to be powered by the latest in German jet engine technology.
​
Coanda for his part designed a strange lenticular disc with a diameter of 20 meters. It was to utilize twelve Jumo 004B jet engines installed in a radial pattern on its periphery with jet nozzles that forked into three exhaust pipes directed towards the thick external ring. Once lift was achieved, accelerating the engines on one side would cause the other side to go downwards and the craft followed that direction. 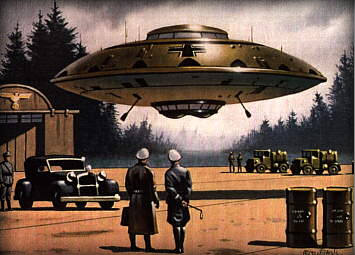 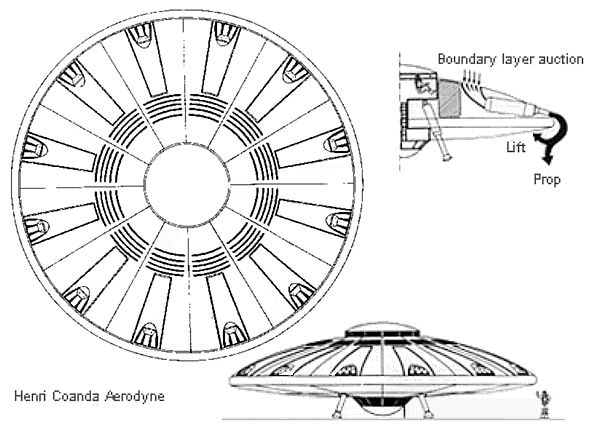 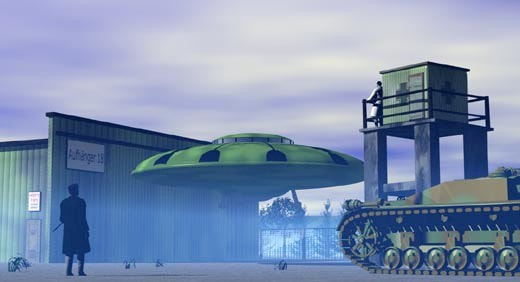