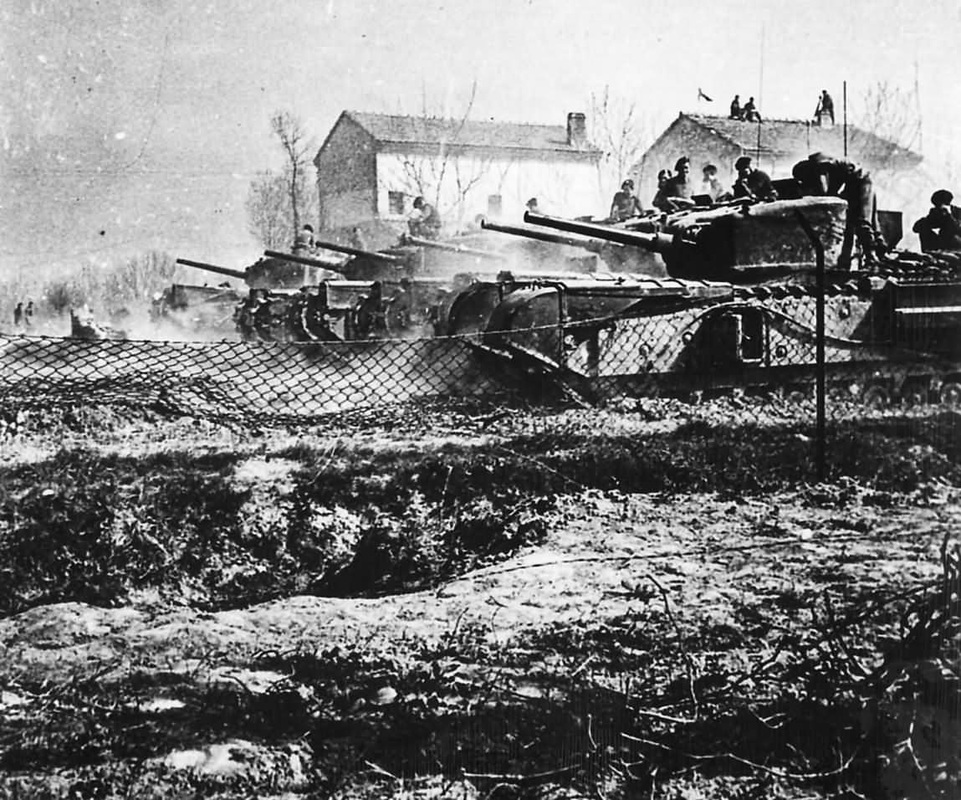 Churchill NA75 (200)
Churchill IVs with 6-pdr guns replaced (under Operation Whitehot) by guns and mantlets from destroyed or scrapped Sherman tanks, fitted to Churchill IV cast turrets. Their performance was virtually identical to the VI. They were known as NA 75 from North Africa where the first conversions took place, after 48 Shermans with otherwise new guns had been disabled by mines. Some IIIs were also modified, using IV turrets.

To fit the Sherman mantlet required cutting away the front of the Churchill turret before it was welded in place, then the mantlet slot had to be cut away to give sufficient elevation. The Sherman 75 mm gun was designed for a left hand loader and the Churchill in common with British practice had a right hand loader. The gun was therefore turned upside down and the firing controls adapted. The conversion of about 200 tanks was carried out between March–June 1944 and the conversion project earned the officer in charge, Capt. Percy Morrell, an MBE as well as promotion.
​ 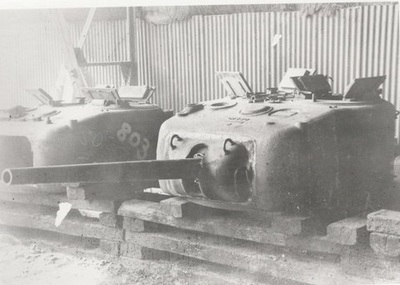 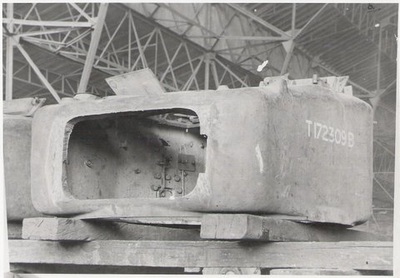 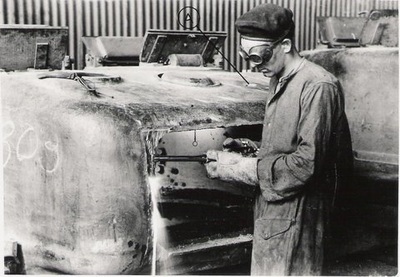 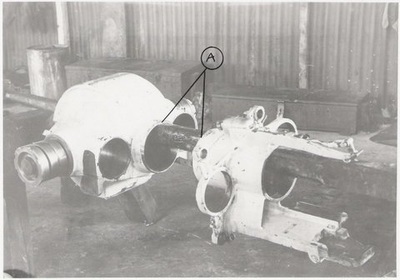 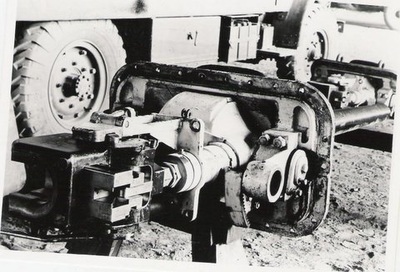 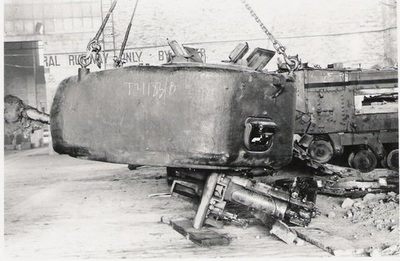 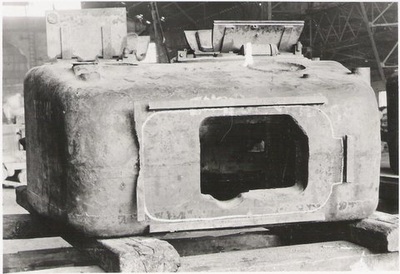 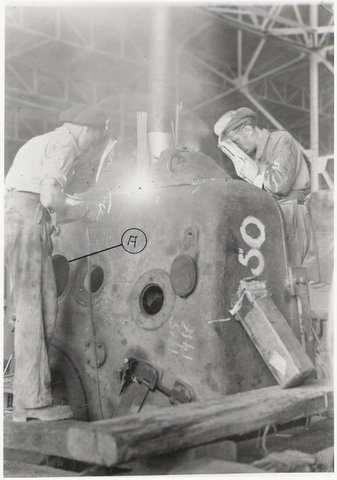 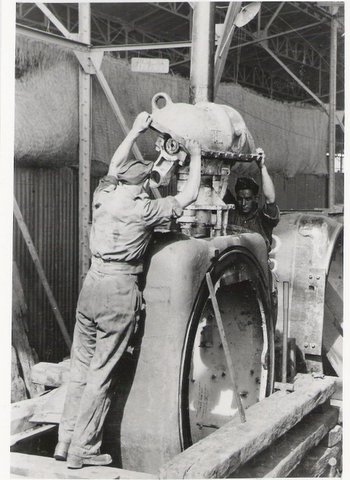 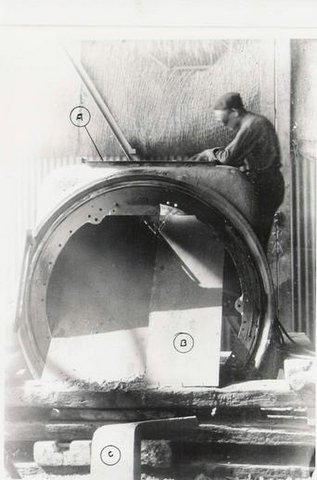 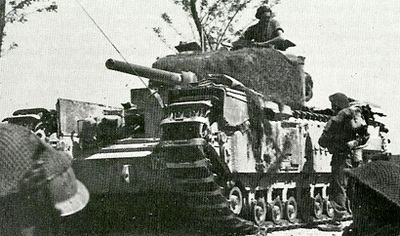 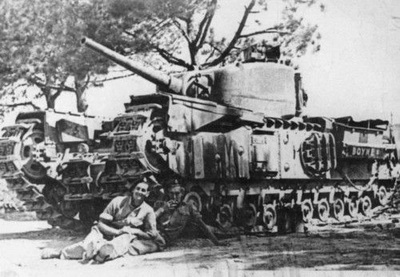 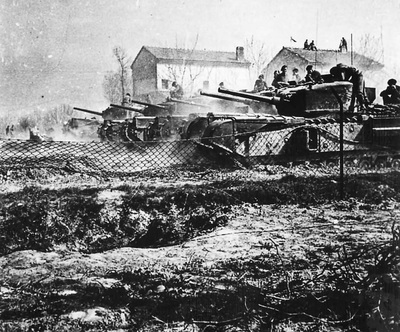 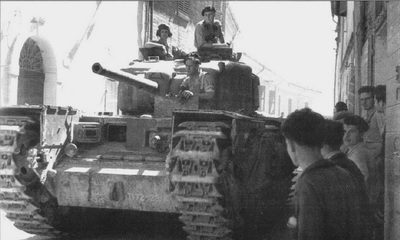 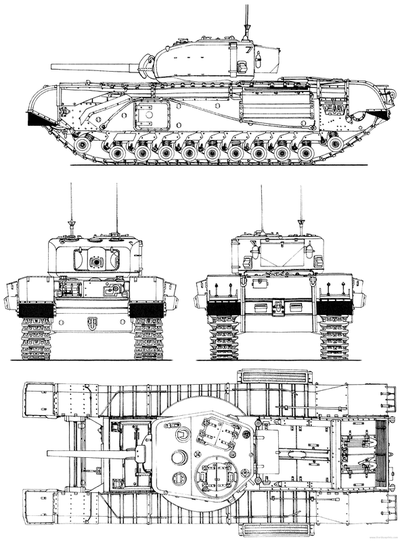 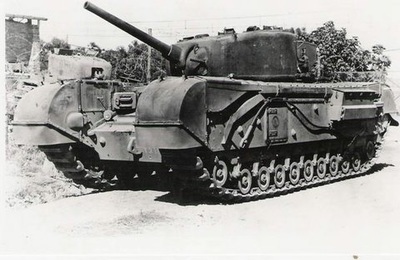 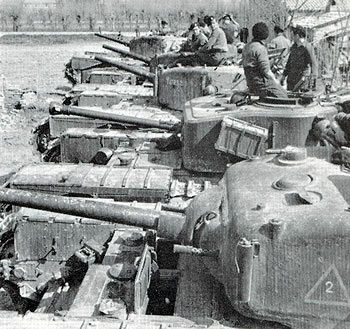 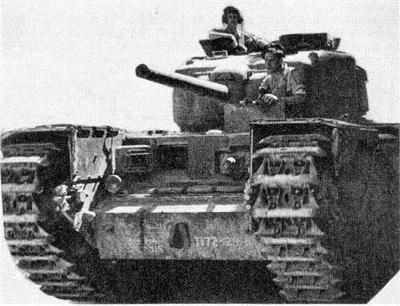 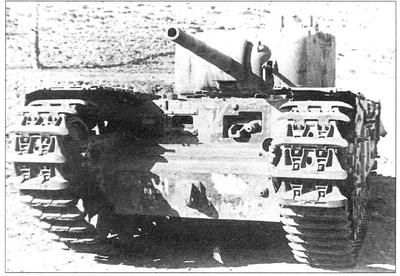