The fourth design was larger than the first three designs due to the much larger BMW 018 turbojet that was to be fitted within the fuselage beneath the wings. It was fed by a short air duct from the nose, and the exhaust ran beneath the long tail boom. The tail boom had a normal fin and rudder. The tailplanes were mounted about half way up the fin. The tricycle landing gear had the front gear retracting to the rear and the main gear inwards. A single pilot sat in the cockpit located in the nose, above the air duct to the engine. Armament was to be two MK 108 30mm cannons. 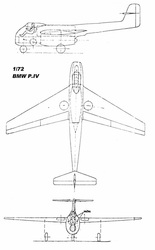 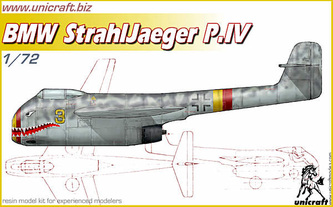