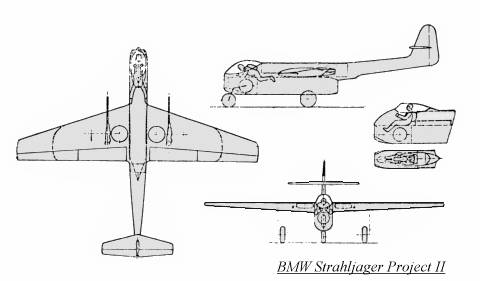 The second design had several variants, with the pilot either prone or sitting, and with short and long wingspans. The air intake in the nose was ducted under the cockpit to the BMW 003 engine in the rear fuselage. The wings had a small amount of sweep on the leading edges while the trailing edges were straight. It was to be armed with two MK 103 30mm cannons mounted in the wings. 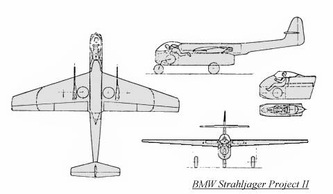 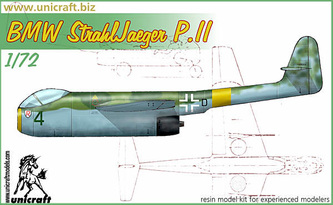 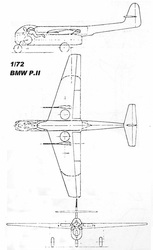