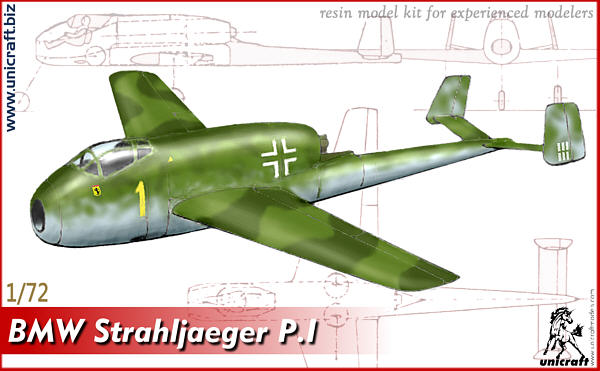 Under the direction of engineer Dr. Huber, on November 3, 1944 the first BMW Strahljäger (jet fighter) design was delivered. It had a BMW 003 jet engine mounted behind the cockpit, within the fuselage. A front air intake ducted beneath the cockpit to the turbojet and exhausted above a tail boom. The tail was a twin fin and rudder design. The tailplanes had a small amount of dihedral. There was a tricycle landing gear, with the front gear retracting to the rear and the main gear retracting inwards. It was to be armed with two MK 108 30mm cannons in the forward fuselage. 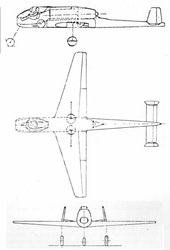 The Museum has not as yet acquired one.