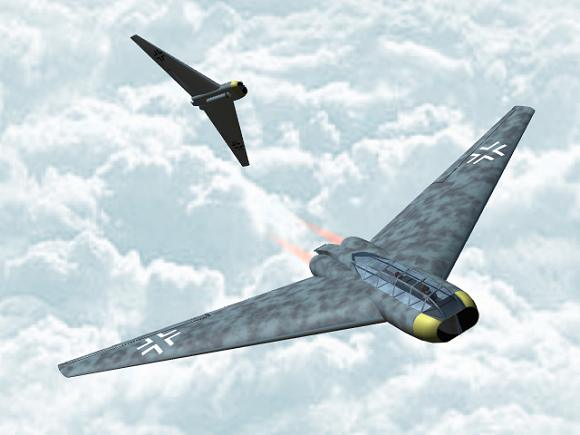 BMWs flying wing bomber had two BMW 018 turbojets mounted beside one another in the rear of the aircraft. The air intake duct ran through the fuselage.
The bombardier was in a prone position in a ventral armored compartment so as to provide optimal visibility during bombing runs.
Two machine cannon were placed in a remote controlled rear turret, operated from the navigator's position. The bomb load was 5000 kg. 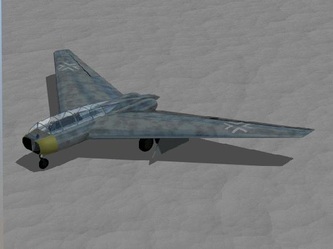 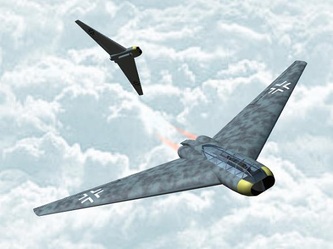 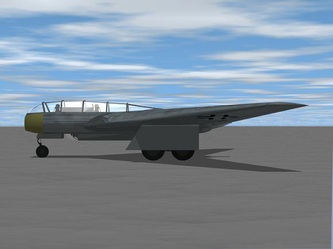 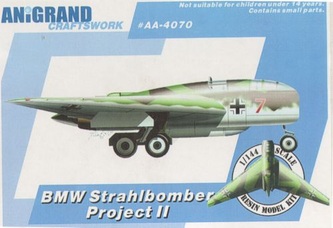