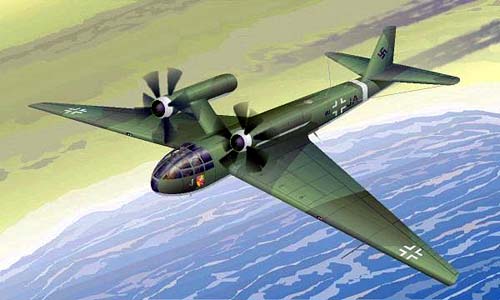 BMW used a 45 degree swept-forward wing and two BMW 028 turboprop engines for this design. The engines were mounted on arms so the turboprop units were above the fuselage so any prop turbulence was kept away from the control surfaces. The engine mounting arrangement also meant the tricycle landing gear could be kept short. The two man crew sat in the pressurized cockpit located in the fuselage nose. Defensive armament was two fixed cannons firing to the rear. 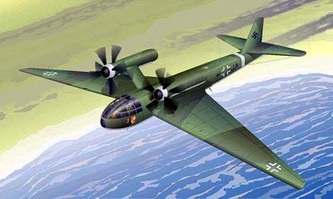 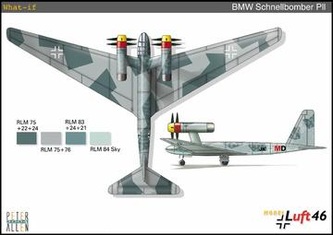