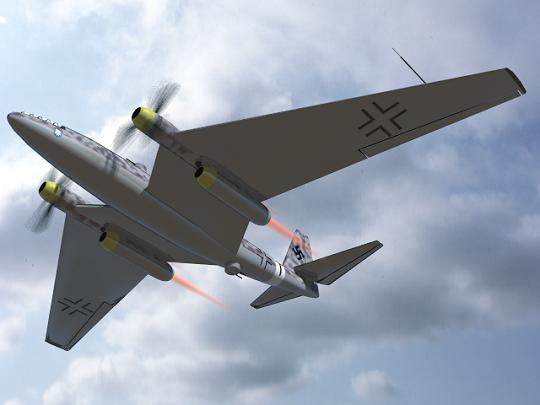 The Schnellbomber (fast bomber) was a compromise between speed and range. It was powered by two BMW 018 jet engines mounted beneath the wings trailing edge, and two BMW 028 turboprop engines above the wings leading edge. All engines were to be used on takeoff and when bursts of speed were needed, otherwise it would cruise with the BMW 028 turboprops.

The mid-fuselage mounted wing had a small section of forward-sweep, while the outer wing panels were swept back. The landing gear consisted of three tandem wheels under the fuselage. One set of wheels was located beneath the cockpit and the other two were set close together near the mid-fuselage. In addition there was one landing gear to the outside of each engine nacelles.


A three man crew sat in a pressurized cockpit in the nose of the aircraft.

Defensive armament was two remote-control turrets with two cannon each, one on top and one on bottom, aimed by periscope from the cockpit. It could carry a bombload of 15000 kg. 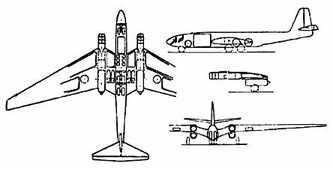 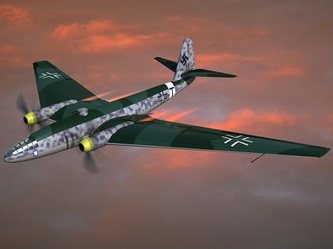 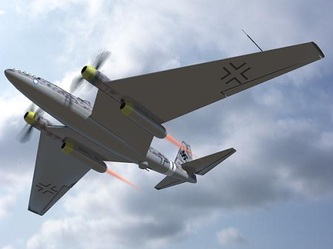 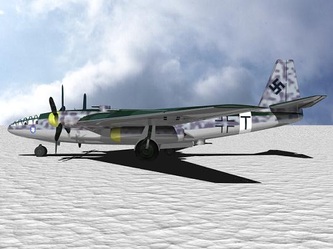 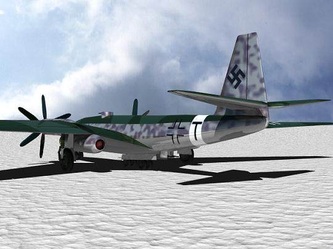 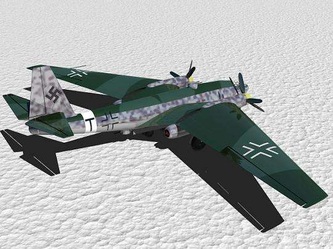 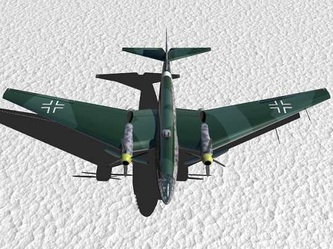