A considerable interest in using a disc as a wing led to the idea of building the autogiro with the blades mounted so close to each other that they almost formed a disc. The BMW engineering team led by Dr. Miethe located near Prague studied several projects of such aircraft during WW II. All of them utilized the same construction layout: a disc of blades strengthened by the external ring was driven by the BMW jet engine(s).

The main idea of this propulsion principle was the deflection of the exhaust gases upwards on the take-off to initiate the disc spin. After achieving 1650 to 1800 r.p.m. the pilot redirected the exhaust flow backwards and simultaneuosly changed the blades' pitch from from -3 to +3 degrees and the machine jumped upwards. When reaching cruising height the blades were positioned in negative angle and the aircraft flew like a autorotating kite with a small angle of attack.

The BMW "Flügelrad III" would have been the final production version of the series of experimental machines. Its propulsion system consisted of two second- generation turbojets, HeS.011 or BMW.018 with respective thrusts of 1,300 and 3,400 kg. The engines were located one above the other, seperated by the rotor plate. The nozzles diverted into two "Strahlrohr" pipes fitted with valves which allowed the flight manoeuvers. The machine had two cockpits, each one for four crew members. The landing gear had four legs and was fully retractable into the lower fuselage portion. There is no technical data about armament, although the machine was capable enough of carrying biggest bombs or missiles in existance or being designed at the time, as well as impressive battery of reconnaissance cameras.
​ 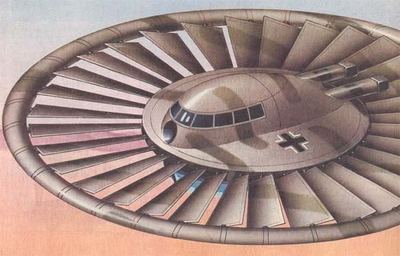 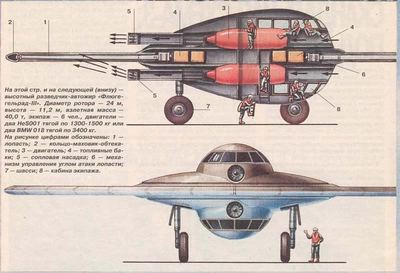 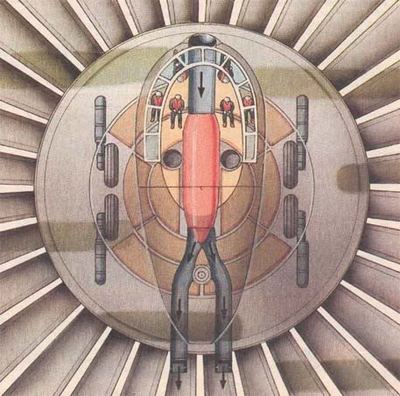 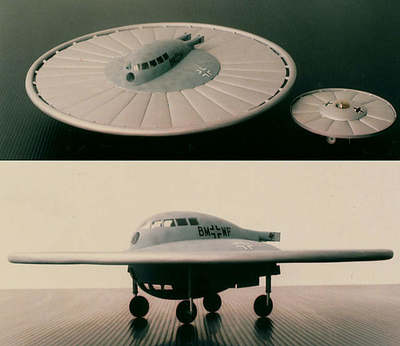 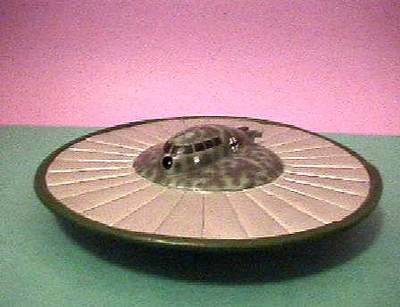 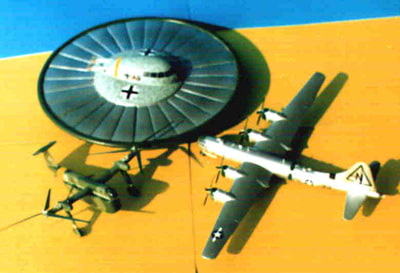 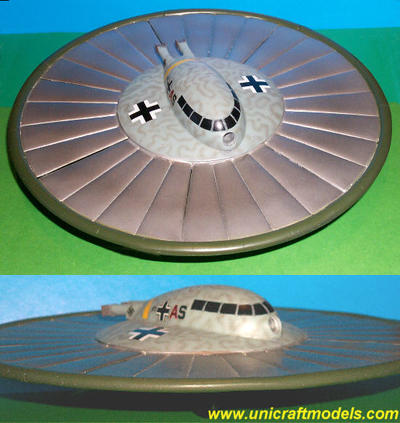 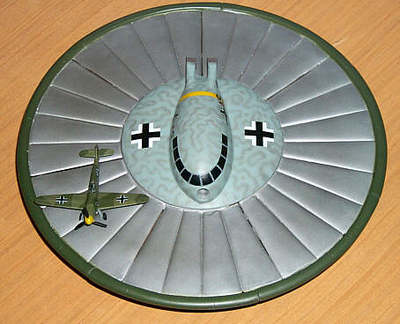 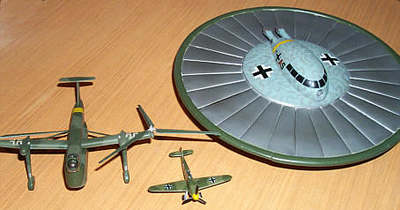 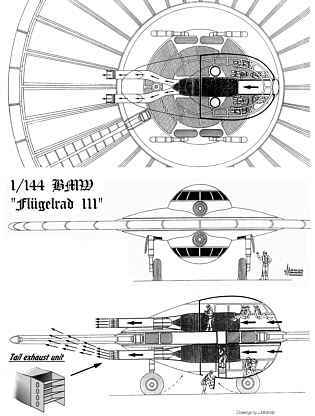 The Museum has not yet acquired this exhibit