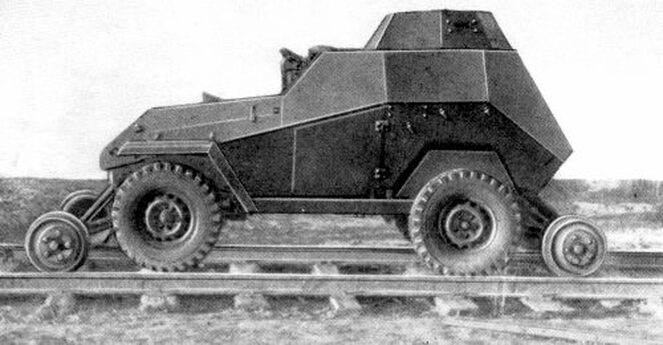 Unlike the BA-64V, the engineers of the GAZ have decided to develop an universal vehicle, which could move both on road wheels and rail wheels. Their variant - BA-64G ("G" means "Gorkovskiy") - represented the common BA-64 that was equipped with additional (removable) four rail wheels as shown on photos. To drive down from the railway, crew should raise the rail wheels. The backward movement was provided by a special reversible distribution box.

In November 1942, the first BA-64G was manufactured and the very first trials were undertaken. Unfortunately they have failed: during the installation on the railway, both axes of the rail wheels were bent. Subsequent trials revealed the instability during the movement and frequent falls from the rail track. That was because of small diameter of the rail wheels. Because of this, further trials were cancelled until the improvement of all discovered defects won't be done.

From January 12, 1943, the trials continued with improved variant of the BA-64G. In spite of all improvements, the discovered defects still existed. As before, there were frequent falls from the railway and frequent engine's overheat (during the frosty winter!). The experiments with the BA-64G have continued until the summer 1943, when they was cancelled at all. At that moment totally three BA-64G's were manufactured. 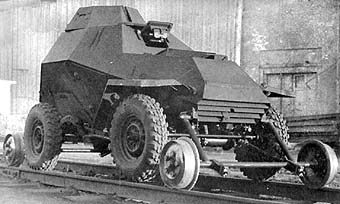 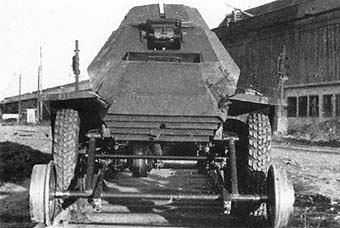 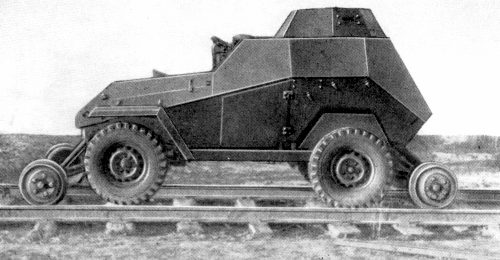 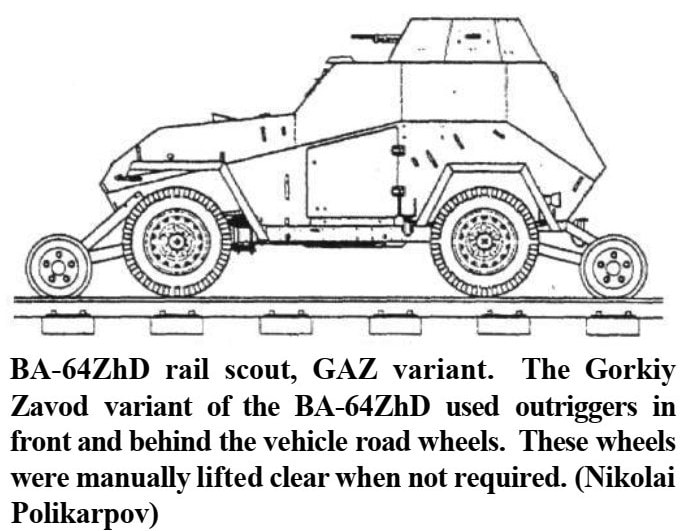