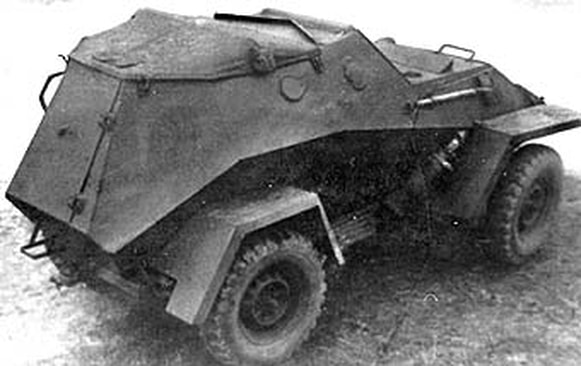 The success of the German APC's forced the Soviets to develop a transport variant of the BA-64.

The BA-64E armored personal carrier was an open top BA-64. On October 22, 1942, the first test were produced. There was a rear hull door  and the roof remained only over the driver. The new 55-litres fuel tank was relocated to the left side and put under the bench. New vehicles were to be armed with the 7.62 mm Degtyarev's machine-gun.

Further work was delayed until the March 1943. At that time the second variant was built. It received the BA-64E designation. The short trials revealed the main disadvantage: it was difficult to leave the vehicle.

By the end 1943, GAZ manufactured three BA-64E and sent them to the regular army for trials. Two vehicles were sent to the 3rd Guards Tank Army, and one BA-64E - to the 7'th Mechanized Corps. Both units returned a negative response: too cramped, too uncomfortable. Using their response, GAZ produced another three APC's. Each would carry 4 infantrymen.

He chose one of them and offered to install the powerful radio 12-RTM. As the result, the new staff vehicle has been created. After the minor improvements that vehicle was showed to a special commission of the Tank Forces of the Red Army. In some literature, that vehicles named BASh-64 ("Sh" means "shtabnaya" - staff). Despite of positive responses, the modification was not accepted for service due to the end of the war.​ 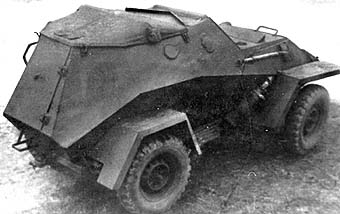 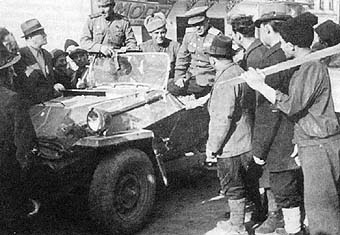 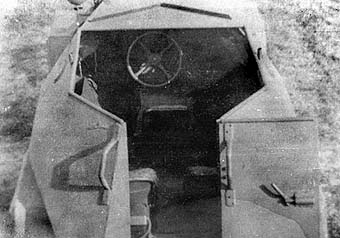