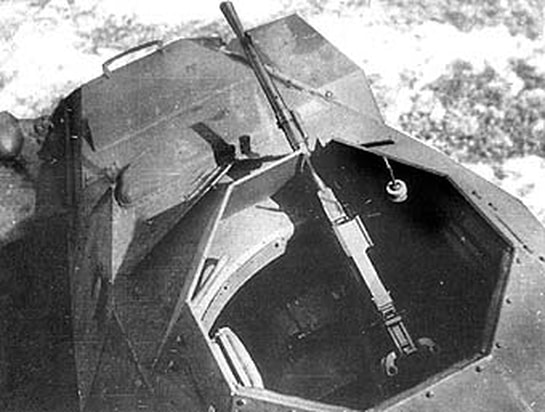 The appearance of the new, more powerful 7.62 mm machine-gun of the Gorunov design (SG-43), renewed the idea to rearm the BA-64B. Weighing the 13.8 kg, the SG-43 had the maximum range 2000 metres.
From the 3rd March, 1944 the SG-43 was installed instead of DT, without any changes to the Turret construction. The SG-43,longer than the DT, was placed in the standard turret. In April 1944, trials were unsuccessful. The SG-43 mount resulted low accuracy, there were difficulties reloading the weapon and it was not  recommended for service.