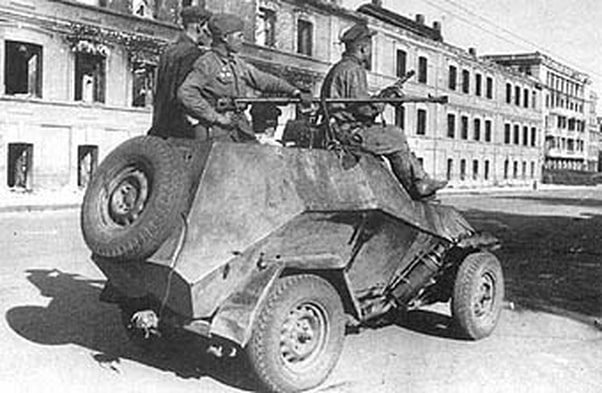 In December 1942, GAZ tried to rearm the BA-64 with the 14.5 mm self-loading Simonov's antitank rifle (PTRS).
​
Because of big recoil force of the PTRS, this AT rile was installed into the turret with the specially designed anti-recoil mechanism. Work on this modification was delayed in favor of BA-64D, but in March 1943 it resumed. Attempts to modernize the PTRS so as to increase the magazine capacity (standard PTRS had five-loading magazine) as well as to automate firing of the rifle. Eventually work was abandoned.  The army made sporadic field conversions with both PTRS and PTRD antitank rifles.