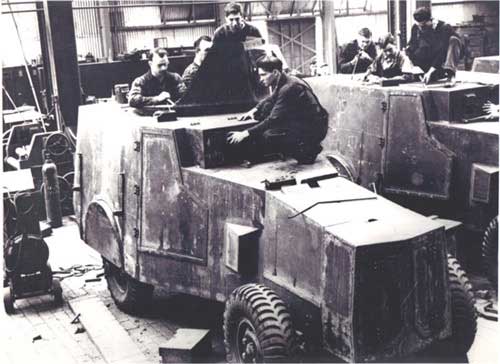 The production history of these vehicles started with a research and development phase between 1931 to 1933 involving the Munitions Supply Board, the Tank Section of the Small Arms School at Randwick, NSW and the Ordnance Factory at Maribyrnong, Victoria.

In November 1934 the experimentation culminated in the production of one LP-1 version named "Corrobboree" which was subsequently nicknamed "Ned Kelly" due to its configuration being likened to the namesake bushranger's body armour. The hull, made from armour plate supplied by Hadfields of Sheffield, England, was mounted on a 1933 two-wheel drive Ford truck chassis and powered by a 50 horsepower four cylinder Ford engine.
​
Extensive testing during 1935 proved the LP-1 was unsuitable as a military vehicle due to its large weight, high centre of gravity, and noise. There was also a severe lack of interior ventilation that was especially dangerous when the mounted .303 Vickers machine gun was fired causing a high level of cordite fumes and carbon monoxide within the hull.

It was back to the drawing board resulting in the production of two LP-2 versions in 1937. This time one, named "Billabong", was based on Ford components whilst the second, named "Boomerang", was based on Chevrolet components. The engine in the Ford version was upgraded to a side-valve V8. Weaponry now was a .303 Lewis light machine gun.

June 1939 saw the completion of six LP-3 versions whilst at the turn of 1939/40, nine LP-4's were built. The LP-3s & 4s were almost identical apart from the drive configuration with the LP-4s being equipped with a Marmon Herrington All Wheel Drive kit making them a four wheel drive vehicle. They were respectively based on 1938 and 1939 Ford truck chassis' and powered by 85 horsepower Ford V8 engines. The LP-3s were named "Crow", "Curlew", "Cockatoo", "Stingray", "Starfish" and "Snake". Apart from "Bandicoot" the names of the other eight LP-4s are unknown to the author. Perhaps a reader can help.
Military deployment of these vehicles was, in the case of the LP-1 and 2, the First Armoured Car Regiment in Horsham, Victoria, the LP-3s to the Second Armoured Car Regiment in Ashfield, NSW with the LP-4s to both Regiments. The vehicles were declared obsolete during 1942.

An interesting aspect of the LP-4 version, the "Bandicoot" being one, is that they were built at the Railway Workshops at Islington, South Australia. The group picture shows the nine completed LP-4s at Islington. 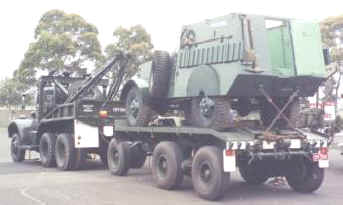 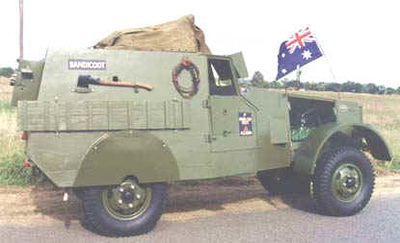 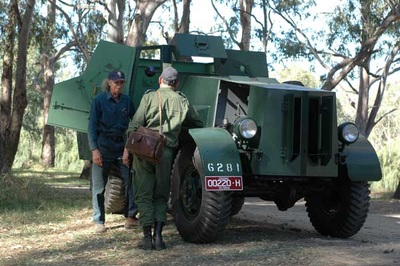 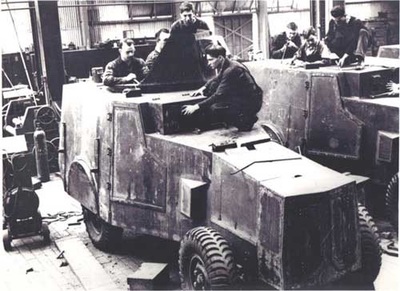 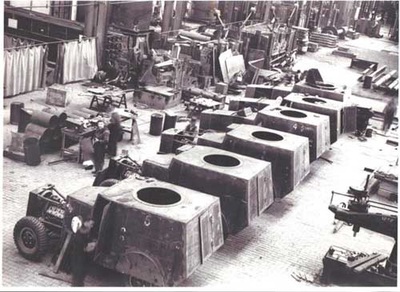 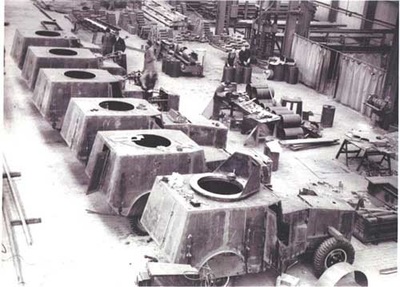 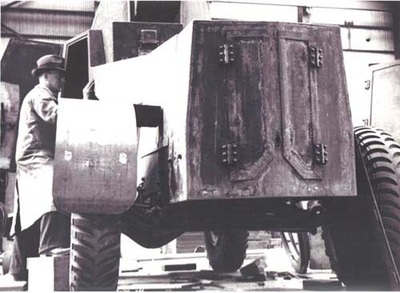 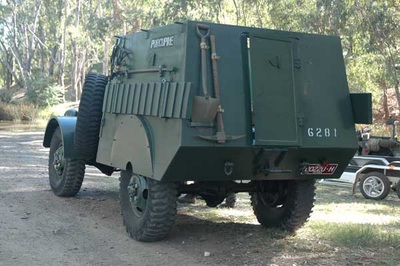 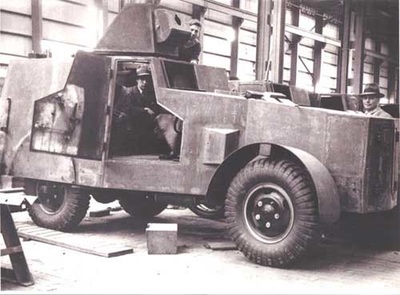