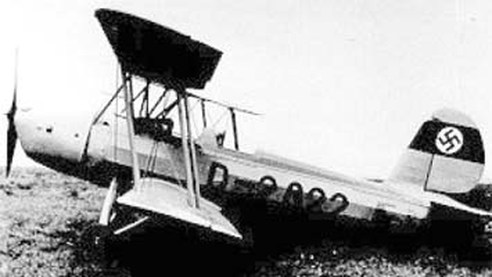 The Arado Ar 69 was a two-seat German beginners school and sport biplane with an open cockpit, developed in 1933 by Arado Flugzeugwerke.

Variants
Ar 69 V1 and Ar 69 V2 were powered by 78 kW (105 hp) Hirth M504A engines. Featuring swept wings constructed from wood and a welded steel tube fuselage, the V1 and V2 represented the planned Ar 69A production aircraft.
Ar 69 V3 was powered by a BMW Bramo Sh.14a radial engine and would have evolved into the Ar69B, production model.

No production aircraft were built due to the success of the rival Focke-Wulf Fw 44 Stieglitz.