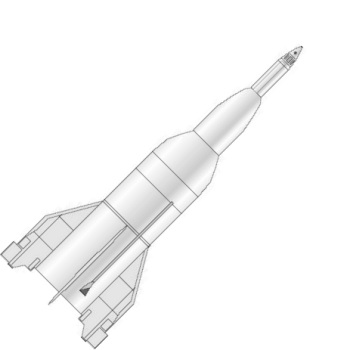 The A11 (Japan Rakete) was a design concept which would have acted as the first stage of a three stage rocket, the other two stages being the A9 and A10.

The A11 design was shown by von Braun to US officers in Garmisch-Partenkirchen; the drawing was later published in 1946 by the US Army. The A11 was shown as using six of the large single-chamber engines proposed for the A10 stage, with a modified A10 second stage nested within the A11. The design also showed the winged A9, indicating a gliding landing or bombing mission. To achieve orbit, either a new "kick stage" would have been required, or the A9 would have to have been lightened. In either case, only a payload of approximately 300 kg (660 lb) could have been placed in a low earth orbit.