The A1 was the first rocket design in the Aggregate series. It was designed in 1933 by Wernher von Braun in aWehrmacht (German armed forces) research program at Kummersdorf headed by Walter Dornberger. The rocket was 1.4 metres (4 ft 7 in) long, 30.5 centimetres (12 in) in diameter, and had a takeoff weight of 150 kilograms (331 lb). The engine, designed by Arthur Rudolph, used a pressure-fed propellant system burning alcohol and liquid oxygen, and produced 300 kgf (660 lbf, 2.9 kN) of thrust for 16 seconds. The rocket was stabilized by a 90 pound gyroscope in the nose, but there was concern that this might cause problems with the liquid fuels. Although the engine had been successfully test fired, the first flight attempt blew up on the launching pad. Since the design was thought to be unstable, no further attempts were made, and efforts moved to the A2 design. 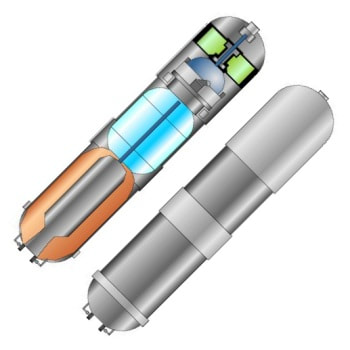